Renault and Al-Futtaim officially declared that they have signed definitive agreements for the exclusive assembly and distribution of Renault vehicles in Pakistan.

Renault was earlier involved in talks with Ghandhara Nissan, however now they will be in partnership with the UAE-based conglomerate, according to a press release issued on Monday. 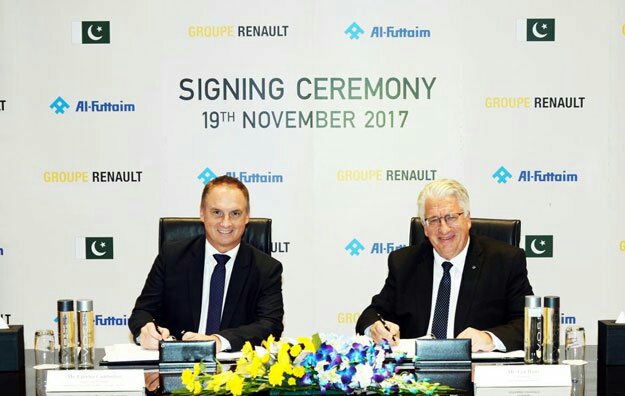 “Groupe Renault is delighted to extend its international footprint by entering Pakistan, a fast-growing market with a 10% annual growth rate.

By partnering with Al-Futtaim, Groupe Renault aims to become a major player in Pakistan. We aim to bring our latest products and cutting-edge technology and set new benchmarks of safety and quality in the market.”

Renault and Al-Futtaim expect that their plant will be built starting the first quarter of 2018 in Karachi as per Groupe Renault standards, and car sales are planned to start in 2019, ramping up in 2020.