Back in the 90s we used to have the Suzuki Margalla, the cheap & affordable sedan that was loved by the masses mainly because of its reliable performance, easy maintenance, decent looks and an affordable price tag.

In a market with limited options where a car with a trunk is considered a luxury rather than necessity, Suzuki Margalla enjoyed the status of the car of the middle-class. But then things changed, sedans kept getting bigger and bigger with maintenance not at all as cheap and easy as it was with Margalla. Pak Suzuki too, were never able to offer any sedan that even came close to the sort of success which the Margalla enjoyed in its time. After it was discontinued, the company introduced the Baleno, and then the Liana– both being unable to put behind the sales stats of the Margalla during the 90s.

Ever since Pak Suzuki pulled off the race with the discontinuation of the Liana in 2014, although it was already out of competition long ago, the entry level subcompact segment remained on the mercy of Honda City which Honda Atlas has been so happy to drag for more than 10 years (5th gen City) in our country, due to the absence of competition.

The government felt the need to shake up the Japanese dominated market by introducing the Automobile Development Policy 2016-21. The primary goal of this policy was to break the monopoly of 3 Japanese automakers in the market, create competition between players, shorten the delivery period, eliminate own/ premium, bring down car prices and improve the quality of products offered to the customers.

Since the policy was announced, more than 12 automakers announced to collaborate with different companies in Pakistan, under the Greenfield as well as Brownfield investment categories. Ironically however, the auto consumer of Pakistan is yet to reap the fruits of this policy. No newcomer is currently willing to offer competitive products, as they are either happy launching the commercial pickups or minivans, or introducing super-expensive products to serve as decoration items in their showrooms. South Korean automaker Kia also marked their comeback with the launch of Grand Carnival luxury MPV and Frontier K-2700 commercial pickup. The company also introduced the Sportage SUV with a price tag exceeding PKR 5 million, while its on the verge of introducing the previous generation Picanto against a price tag of PKR 2 million in November. Recently Kia has introduced the Soluto subcompact sedan in Philippines, marking its entry in the Southeast Asian region. The Soluto is based on the China-spec Kia Pegas, which shares its platform with the Hyundai Reina, another China-made subcompact that has recently made its debut in Philippines market. The Soluto is beginning to mark its success and has already reached African and South American markets as well.

It’s a nice looking subcompact with a very cheap price tag, but as per its reviews it’s not at all a cheaper product when it comes to quality. Up front there is Kia’s signature tiger-nose grille and despite its shorter dimensions for a sedan, the vehicle looks very well balanced. For the sake of comparison, the Soluto is shorter in length & height than the 5th gen Honda City we have here, but its wider and has a bigger wheelbase compared to the Honda City.

Kia Soluto is powered by a 1.4-liter Dual CVVT engine capable of producing 94hp of power and 132Nm of torque. Transmission options include a 5-speed manual and a 4-speed automatic. The Soluto is well-equipped too, with more features than any car of this price. It has dual airbags, ABS, engine immobilizer, multi-function steering wheel, digital fuel gauge and trip meter, 7-inch touchscreen infotainment system with Bluetooth connectivity and Apple CarPlay and Android Auto capability, driver arm rest, and even a rear camera. Plus in Philippines it is backed by Kia’s 5-year/ 160,000 km warranty too. 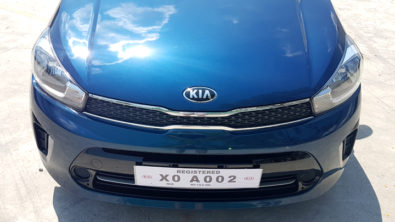 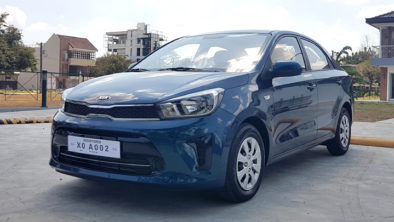 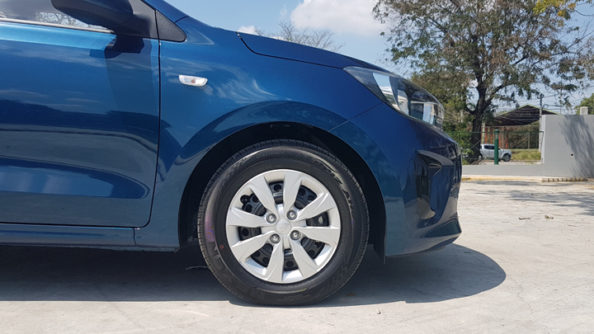 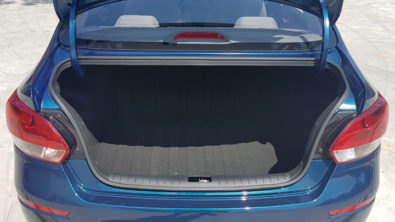 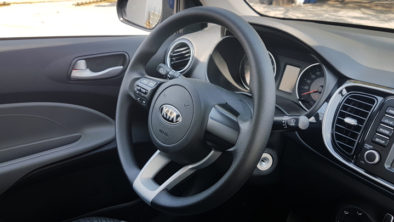 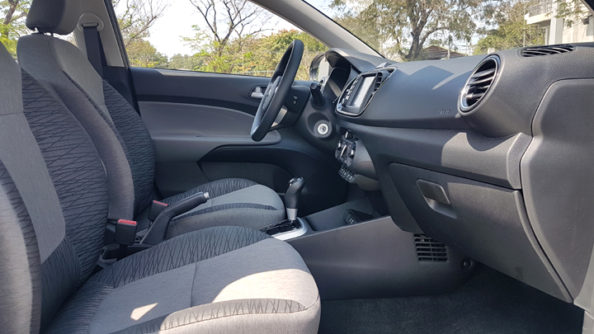 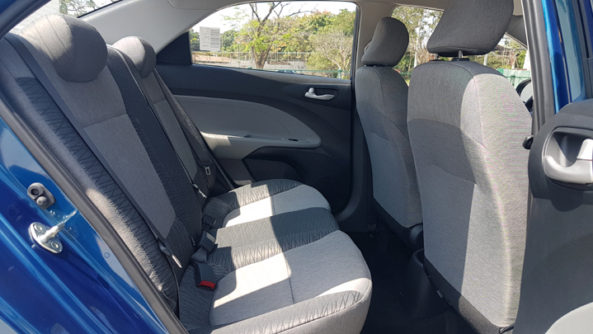 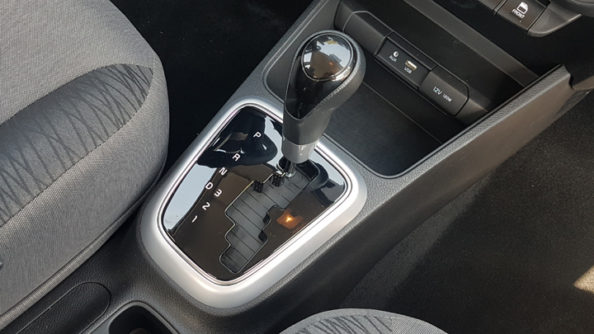 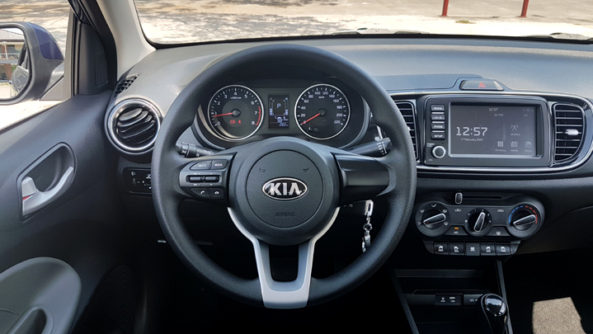 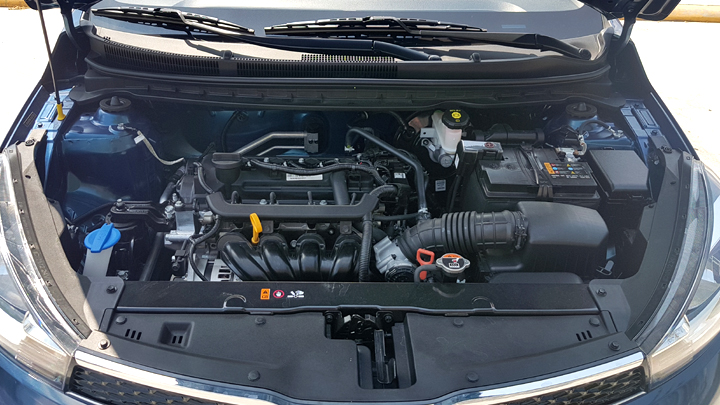 Kia Soluto is a sort of car newcomers should consider introducing in Pakistan. The is a huge vacuum in the market for a subcompact sedan that can be slotted below the Honda City. But since they say there is little profit margin on smaller cars, the (new) automakers aren’t willing to take any ‘risk’ by introducing such cars and are contented to launch over-expensive options instead, even if they remain gracing the showroom floors.

For their survival in Pakistan, and to capture a greater market share, newcomers including Kia must introduce volume sellers such as the Picanto, Rio or maybe even the Soluto subcompact, which having shorter & practical dimensions, decent looks, rich configuration and inexpensive price tag, has got all the potential to become successful in our market. 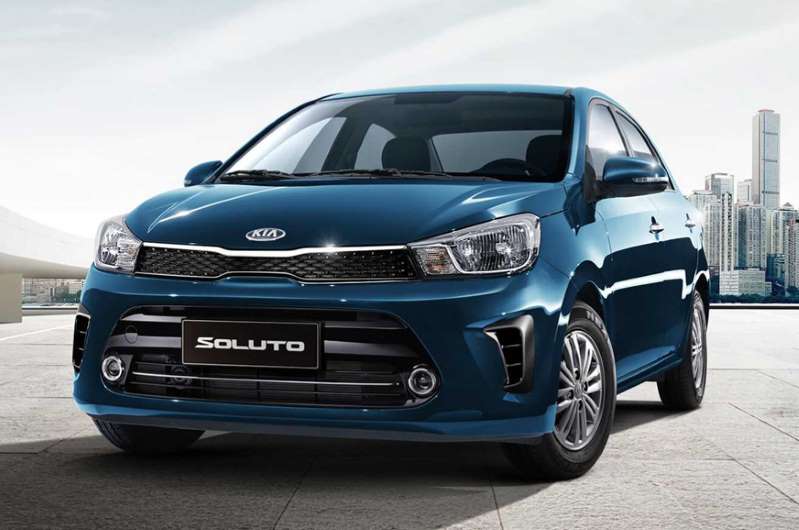