Suzuki Margalla was a popular car of the 90s and in fact is remembered among the most successful car in Pak Suzuki’s lineup. It was also the most conquering sedan sold by Pak Suzuki– the company which is otherwise known for selling small hatchbacks in our country. No other Suzuki sedan even came close to the sort of success the Margalla enjoyed in its time.

Margalla was successful because of its decent shape, rather easy hassle-free maintenance and spacious interior which made it all in all a very practical option against a very nominal price tag which was a little more than the hatchbacks of that era, and was way below than other sedans available in the market. Even after all these years the Margalla can still be seen performing efficiently on our roads. It is an epitome of trustworthiness and the name has engraved itself as the benchmark of reliability and success in consumers’ minds.

By 2014, Pak Suzuki had to pull out of the sedan race when Liana was discontinued after a lengthened period of miserable sales. The company had no presence in the sedan segment until 2017 when the CBU imported Ciaz sedan was launched. However once again like previously introduced Suzuki sedans, the Ciaz was never able to create any problems for its rivals whatsoever.

There are a couple of reasons attributed towards the Ciaz being unable to attract the buyers in our market. First is the fact that Ciaz missed out more than a dozen features found in international versions, it looked as if it was a stripped-down version specifically made to be sold in Pakistan. Second was the price factor, the Ciaz was priced higher compared to the hot selling Honda City and Toyota Corolla 1.3. Today the Ciaz is priced at PKR 2.3 million for manual and PKR 2.5 million for automatic and courtesy missing features, it never looks an attractive option in this price.

Another main reason is the acceptability. People are always reluctant to go for a completely new product in presence of the tried & tested. However there is a successful recipe which Pak Suzuki effectively implemented with the launch of Celerio hatchback. The Celerio came as a replacement of highly successful MK-II Cultus, and despite the fact that Celerio is a totally different product and has literally no connection with Cultus whatsoever, it was an instant hit right after its launch. Why? Because instead of introducing a completely new nameplate, Pak Suzuki labeled the Celerio as Cultus and the results were extraordinary. To date, the Cultus (Celerio) remains among the bestselling models in Pak Suzuki lineup.

Now considering this, Pak Suzuki can bring back the Margalla nameplate to life. Being a highly successful nameplate, it can give Suzuki the same sort of success that is being enjoyed by the Celerio (Cultus). And the product that is most suited to be called as New Margalla is off course the Ciaz. However there are a couple of things that should be considered. First the Ciaz needs to be assembled locally; secondly it has to be the updated Ciaz facelift rather than the pre-facelift model. Third, it has to offer the same level of features & equipment that are offered with Ciaz in other markets. Lastly the local assembled Ciaz (say New Margalla) has to be priced lower than the existing available options in the market. If Pak Suzuki is able to tick all these parameters, then there is no reason they cannot get back their dominant position in the entry level sedan market. 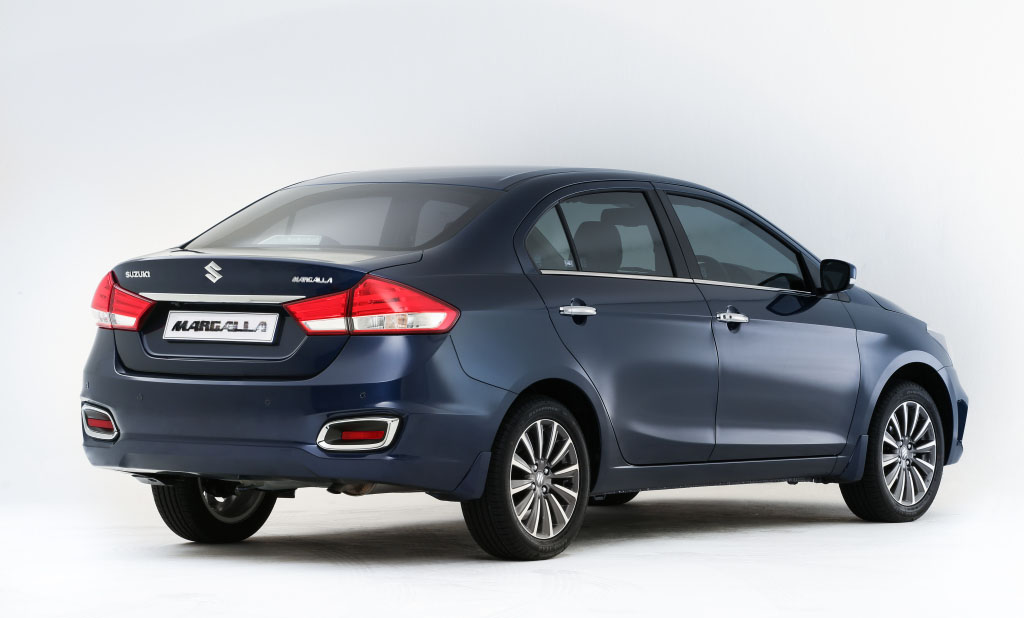 Related: Why Suzuki Ciaz Facelift is Better than Before

Across the border, Suzuki Ciaz remains the bestselling vehicle in its class and even outsells its arch rival the 6th generation Honda City & Hyundai Verna by a considerable margin. The combination of a good product and a successful nameplate can definitely bring Suzuki the desired results. Do you think Pak Suzuki should consider bringing back the highly successful Margalla nameplate in Pakistan? Let us know with your comments.