Subaru WRX has a New Rival

Since long Mitsubishi Lancer Evolution (or simply Lancer Evo) & the Subaru Impreza WRX (or simply Subaru WRX which became a standalone nameplate in 2014) were the two globally famous arch rivals when it comes to opting road going cars with rallying heritage. The Japanese duo literally ruled the segment leaving hardly any space for any other car to occupy the territory.

However since the demise of Evo, the battlefield was empty for the Subaru WRX until a new competitor emerged. But this time, the duel is not between two Japanese rivals anymore, its with a South Korean Hyundai Elantra N. Like the WRX, the Elantra N which is a performance version of regular Hyundai Elantra, comes equipped with turbocharged 4 cylinder engine & manual transmission (option). 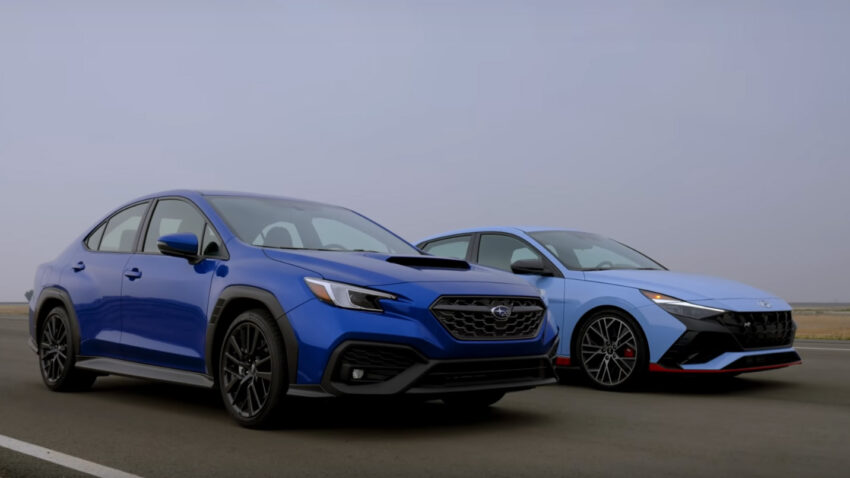 While the new 2022 Subaru WRX packs a 271hp engine under its hood and has AWD, the Elantra N gets an even more powerful 276hp unit and is almost 90kg lighter than the Japanese rival but is FWD. The capabilities of these two cars were recently put to test by U Drags. Instead of a simple quarter-mile drag race, the course included hard braking after the quarter-mile and a 180-degree turn, ending with a sprint back to the starting line. To see what happened in the test, see the video below.

The Hyundai Elantra N does show its potential as a true competitor to the Subaru WRX, perhaps the road going sports sedan segment will be ruled by South Korean options in future. Something the Japanese will worry about.