When it comes to introducing a car in Pakistan, Pak Suzuki has always been pretty late. Majority of the models on offer have always been either retired from the rest of the world or generations behind the international versions.

The eternal Ravi & Bolan (Carry) dates back to the 70s while Mehran (2nd gen Alto) is from the 80s. Margalla & Khyber of the 90s were also decade old models even back then. The global lifespan of 4th gen Alto hatchback was between 1996 and 2004; however Pak Suzuki blessed us with the Alto in year 2000 and continued to sell it till 2012.

Baleno was launched in international markets in 1995 and was updated with a facelift in 1998. Contrary to this Pak Suzuki launched the pre-facelift Baleno in Pakistan in 1998 and launched the facelift in 2002, the same year when the car was globally discontinued.

Earlier this year Pak Suzuki introduced two relatively newer vehicles as per their standards. First was the Ciaz sedan which marked Pak Suzuki’s comeback in the sedan segment and the other was the Celerio hatchback, rebadged as New Cultus replacing the 27 year old MK-II Cultus in our country, although the local production span of the 1000cc hatchback was 17 years (2000-17).

Unfortunately both Ciaz and Celerio were launched in international markets nearly 4 years ago and that’s the span of time when automakers refresh their models with facelifts. And while Pak Suzuki hasn’t finished celebrating the launch of the above two vehicles, the world has started to receive the facelifts. 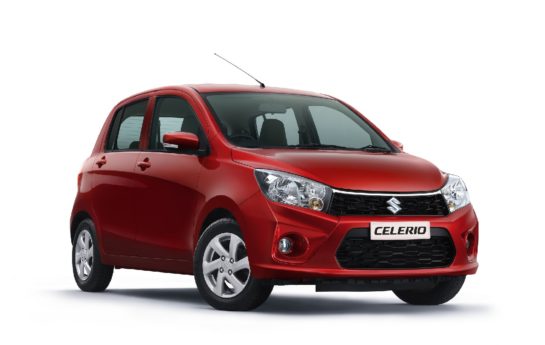 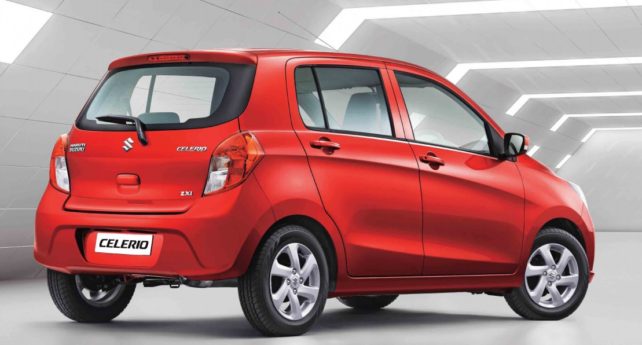 Suzuki in India has launched the Celerio facelift yesterday which features a new front fascia, a slightly different rear-end and an updated interior. The Celerio now gets a new front end with a reworked mesh grille along with chrome bits. The front bumper gets new air vents and re-designed housing for fog lamps. The rear bumper too has been slightly tweaked while the hatchback continues to maintain its contemporary look.

The Celerio facelift gets a driver-side airbag and seat-belt reminder as standard across all models. Furthermore, Maruti is offering passenger airbags and ABS as an option on all variants. The Celerio continues to get power from a 998cc K10 petrol engine which produces 67bhp and 90Nm and comes mated to either a five-speed manual transmission or an AGS (auto Gear Shift) transmission as an option.

It will be interesting to see when Pak Suzuki brings in the Cultus facelift in Pakistan, till then bear with the PKR 13.91 lac version which misses out several features found in international versions.