On the 29th of August 2018, Al-Haj Group of Pakistan signed an agreement with Malaysian carmaker (now owned by Geely of China) as the exclusive authorized distributor and assemblers of Proton vehicles in Pakistan. As per the agreement, Al-Haj will introduce modern and technologically advanced vehicles including hatchbacks, sedans, crossovers, SUVs and MPVs in Pakistan.

Last week a Proton Exora MPV was spotted on the roads of Lahore and upon inquiring from Al-Haj officials, it was confirmed that the testing of Proton vehicles in Pakistan have already been commenced. Furthermore we learned that in addition to Exora, the 3rd gen Saga subcompact sedan is also undergoing testing.

This was sure an exciting news for us since no other newcomer seems to be interested in tapping the mass market segments and are busy launching expensive 3.0 million+ options catering to a very specific set of buyers. To find out more about the Proton Saga we headed to Al-Haj FAW’s head office in Karachi to examine the upcoming subcompact sedan.

The first thing you need to know is that you can never compare the old Saga that we witnessed during the previous decade with the one Al-Haj is in process of introducing here. The one launched by Royal Automobiles in Pakistan back in 2006 was the C20 MK3 Saga based on the 2nd generation Mitsubishi Lancer of mid 80s.

The Saga that Al-Haj will be bringing is the latest third generation BT MK4 model that was launched in September 2016. While the FLX platform is carried over from the previous gen BT MK3 model, Proton has completely re-engineered the exterior design of the new Saga, while its interior has been revamped and refined with a special emphasis on NVH reduction. 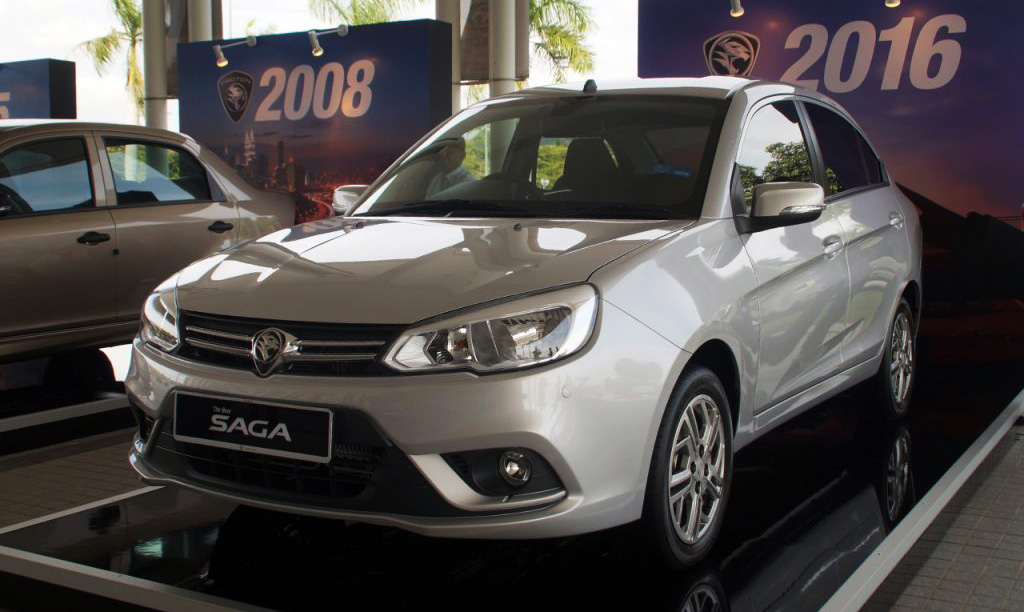 Saga, known as the very first car by Proton, also happens to be the brand’s longest running nameplate. It has a proven legacy in Malaysia and is considered as the most popular car in Malaysian market. Over all these years, the Saga has proven itself as a reliable, cost effective, fuel efficient and well built vehicle that is deemed as the national symbol of Malaysia.

Safety standards in the third generation Saga have improved considerably over its predecessors. The Saga boasts a 4-star ASEAN NCAP safety rating. In addition, the 3rd gen Saga has won quite a few automotive awards since its introduction in 2016. These awards include:

Exterior wise the 3rd gen Saga has a simpler design. It isn’t too ultramodern or outlandish for that matter but it’s not bad either. Dimension-wise it’s pretty much comparable to Honda City and Toyota Belta. In terms of length its longer than the Belta but slightly smaller than the 5th gen Honda City we have here. It’s just about 6 mm shorter in width which is almost negligible but stands taller than both Belta and City.

The interior and built quality was quite decent, and if you think it must be something like the old Proton Saga that we have seen here in the past, you’d be wrong. The seats are comfortable, the material used is of good quality and there is an ample space for the front and rear passengers.

The version in Karachi is actually the base grade with 5-speed manual transmission, but even then it was equipped with driver & passenger airbags, power steering/ windows, side mirrors with integrated turn signals, front  & rear seatbelts, front and rear parking sensors and engine immobilizer etc. However the Saga that’s currently being tested in Lahore is the up-spec version with CVT gearbox. 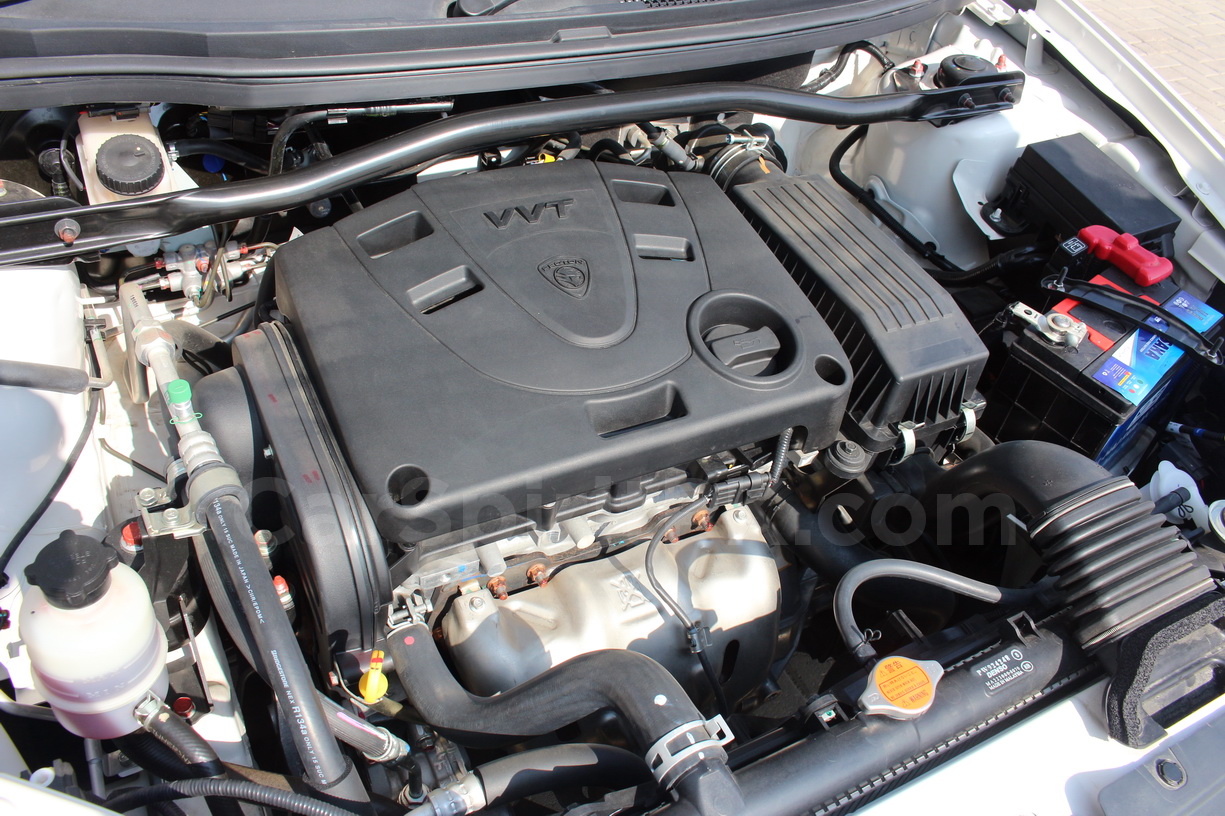 The third generation Saga is powered by 1.3-liter DOHC VVT engine that punches out 94 hp and a peak torque of 120 Nm. The claimed fuel economy is 18.5 km per liter, thanks to an approximately 100 kg lighter body weight than that of 5th gen Honda City.

The Saga drives well, the engine is responsive while the suspension is comfy which smooth out bumps and road imperfections quite efficiently. Its assisted by a hydraulic power steering which isn’t as smooth as an EPS but still does its job quite well. The most impressive was the AC performance which was remarkable to say the least.

It is imperative to mention that the Saga that we inspected was a CBU import meant for testing purpose while the final specifications and equipment may vary, but considering the fact that FAW rolls out a fully loaded V2, one can expect the Saga to be equally rich in configuration.

Although it will be too early to predict anything about the price at this stage, but according to Al-Haj the Saga will ideally be priced around the Cultus AGS. The launch date isn’t confirmed at this stage either but one can expect the vehicle to be available towards the end of this year.

The 3rd gen Proton Saga can be a good addition in our market. Its rich in equipment and drives well too. It is spacious, practical, economical & fuel efficient and most importantly will be offered in automatic transmission too. And if priced well, can become quite a successful vehicle in Pakistan.

What is your opinion regarding the launch of 3rd generation Proton Saga in Pakistan. Let us know with your comments and stay tuned to CarSpiritPK for more updates on Proton cars in Pakistan.