Japanese automaker Toyota which, for long has opposed the development of EVs has finally announced its plans to produce its first electric vehicle– the bZ4X SUV.

The global launch of bZ4X EV is slated for mid 2022. Unveiled as a concept in April 2021, the bZ4X will sit on a dedicated battery-electric platform that has been jointly developed by Toyota and Subaru. The electric SUV will be offered with two drivetrain options– FWD and AWD, both fitted with a 71.4 kWh battery pack. 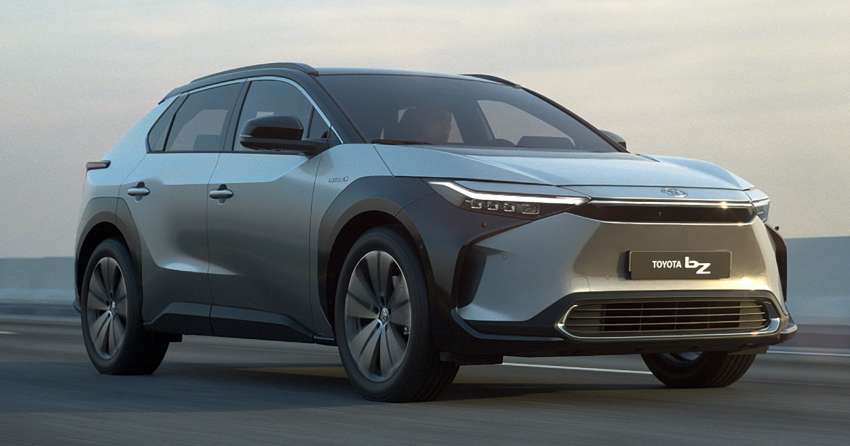 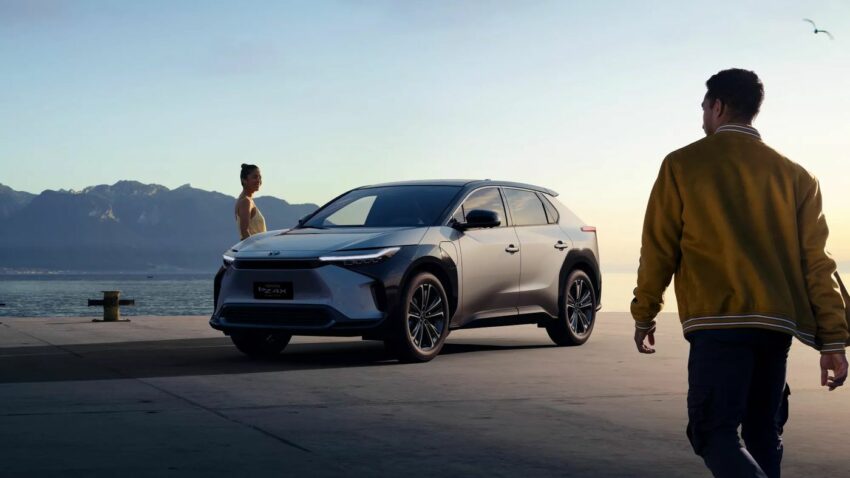 In terms of dimensions, the Toyota/Subaru bZ4X will measure 4,690 mm in length, 1,860 mm in width and 1,650 mm in height and will have a wheelbase of 2,850 mm. Although the vehicle will have a panoramic roof, however a solar roof will be available as an option which will be able to generate electricity equivalent to 1,800 km of driving distance per year, according to Toyota. This can also charge the car while it is parked in the sun and can be used to charge in disasters or other emergencies. 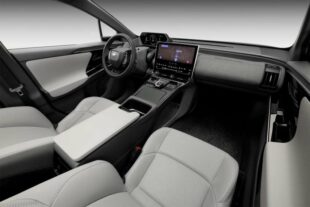 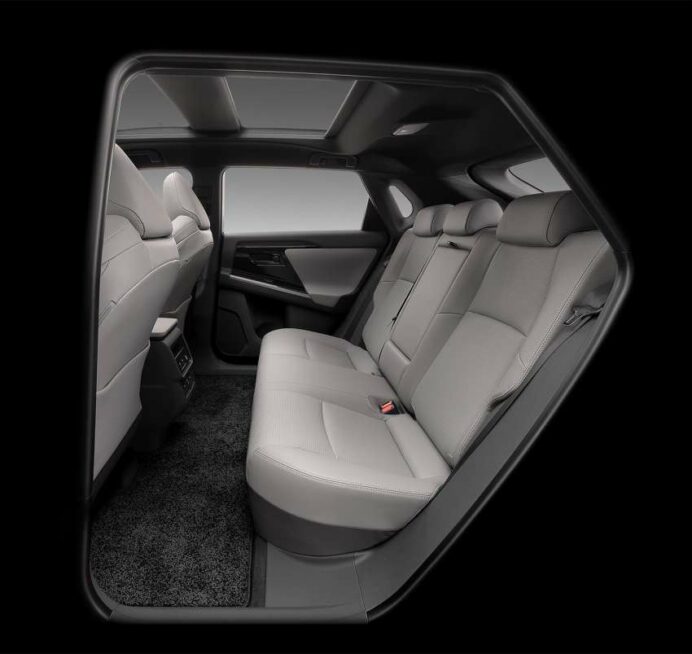 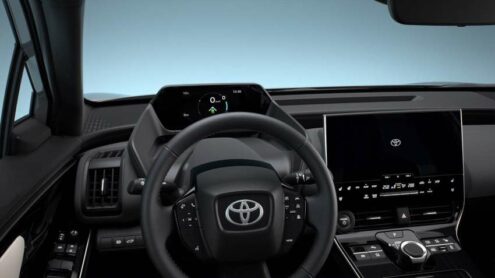 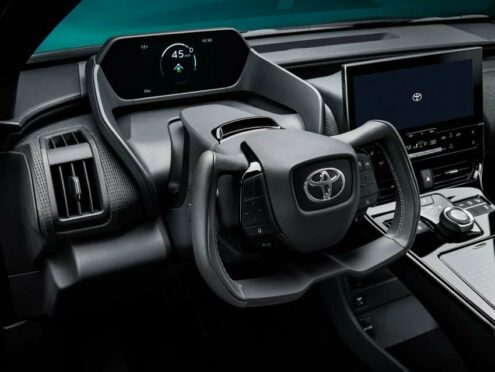 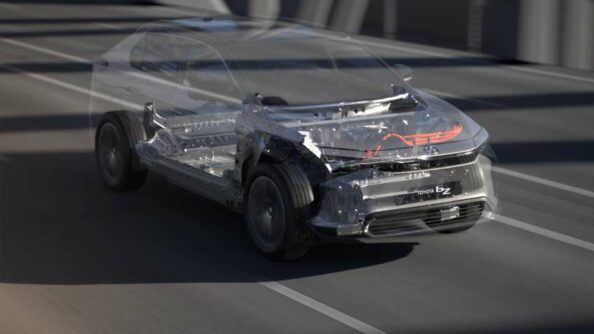 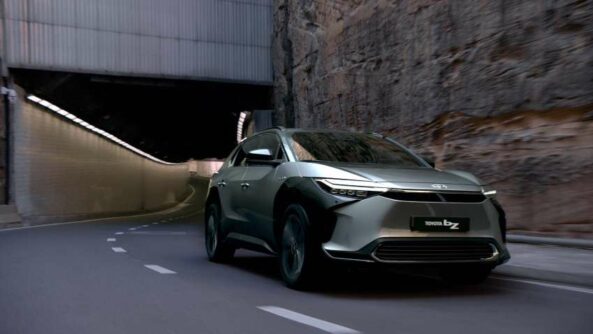 In some versions, the bZ4X will get steering-by-wire and a uniquely shaped steering wheel, which looks like that of an aircraft steering yoke. This will get a very direct steering ratio and will need just 150 degrees of steering lock-to-lock. According to Toyota, the steering feel is improved by independently controlling the steering torque felt by the driver, and its characteristics can be adjusted through drive mode selection. In effect, the one-motion grip steering yields more legroom and better freedom for ingress & egress.

Furthermore, the bZ4X will also introduce a new digital key option which works with the owner’s Smartphone. This software can lock, unlock and start the system without screen operation. Toyota will also be making advancements to its voice-recognition function which will be able to operate other functions of the car such as wipers, sunroof and even air-conditioning. 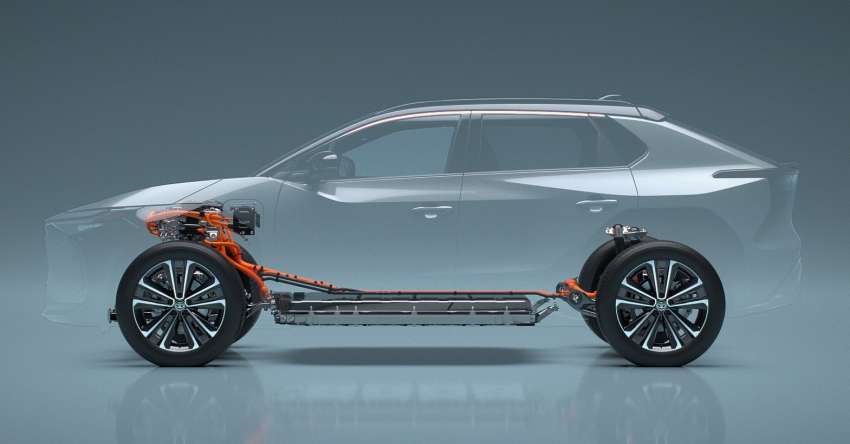 The battery compartment will feature cross-members that connect the left and right sides of the vehicle on order to improve crash energy absorption. Two cross-members will be located in the front of the vehicle to reduce damage inflicted upon the other vehicle in the event of a crash, with a strong framework at the front of the cabin for a full under-floor mounting of the car’s battery pack. According to Toyota, this will result in a structure that distributes the input load of collision forces over multiple routes, in order to stabilize and protect the cabin and battery pack in frontal and side collisions. 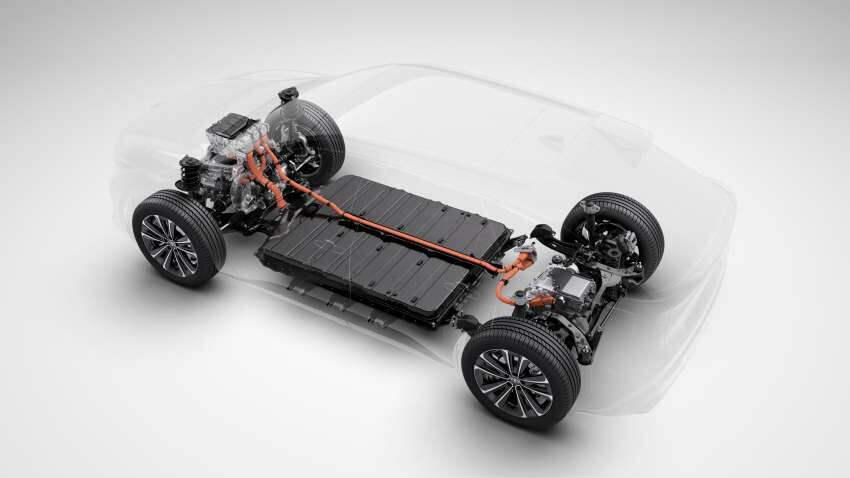 Further measures for the battery safety includes redundant monitoring of battery voltage, current and temperature in order to detect signs and occurrence of abnormal temperature gains to prevent overheating. The vehicle will also use high-resistance coolant that will prevent fires from short circuits even if there is leakage of the battery’s liquid coolant. Additionally, the battery pack itself is integrated with the vehicle body for greater protection in the event of a collision.