Toyota introduced the RAV4 compact SUV in the mid 90s as a compact crossover SUV. The first generation RAV4 was built on a unique platform that shared its elements with the Corolla.

However over all these years, the RAV4 kept getting bigger & bigger and the latest 5th generation model actually shares its platform (TNGA -K) with Camry mid-sized saloon. Now according to a Japanese publication Magazine X, Toyota is developing a new SUV that will sit below the RAV4 in Toyota’s range of products. 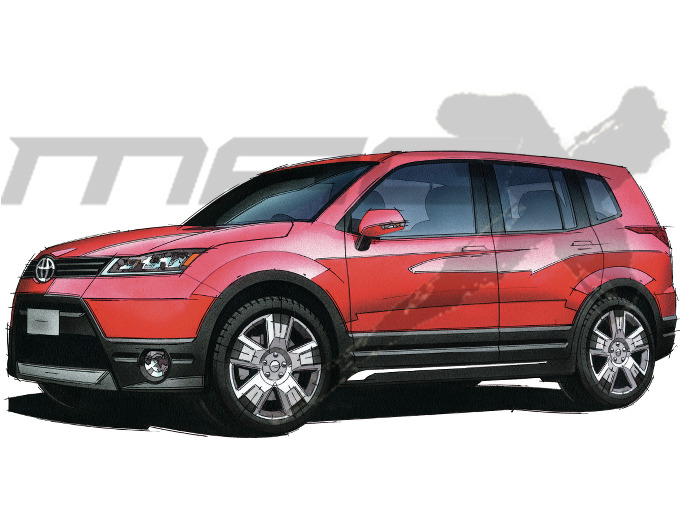 Toyota’s new SUV is dubbed as ‘Local Boy’, as the company aims to market it as a more usable SUV since RAV4 has become quite bigger. And while the RAV4 suits best for North American markets, its size isn’t just suitable for the Japanese roads. The new SUV will be built on TNGA-C platform the same used with the C-HR. According to reports, it will measure 4,410 mm in length 1,815 mm in width and 1,600 mm in height. While there will be a 2.0-liter four-cylinder petrol as well as hybrid powertrain on offer.

The Japanese automaker is shifting its attention towards crossover & SUVs due to the growing demand of such cars around the world. Having recently pulled the plugs off the Mark X saloon, the company has recently launched the Yaris Cross & new Harrier, and is in process of launching the Corolla Cross in addition to this upcoming Local Boy. Toyota’s latest SUV is expected to break covers by 2022.