Toyota Files a Patent for Manual Transmission in EVs

Toyota might be a bit late to the EV (electric vehicle) party but they do look serious. A recent patent filing by the Japanese automaker details a clutch-operated manual transmission to feature in an electric vehicle.

This is an interesting development considering the fact that transmissions just don’t really have a place in modern EV’s, still Porsche and Audi made use of a 2-speed unit, optimized for better response at lower speeds and increased efficiency at higher speeds. However in Toyota’s patent, there will be a conventional clutch-activated manual transmission with a traditional manual gear selector. According to Toyota: 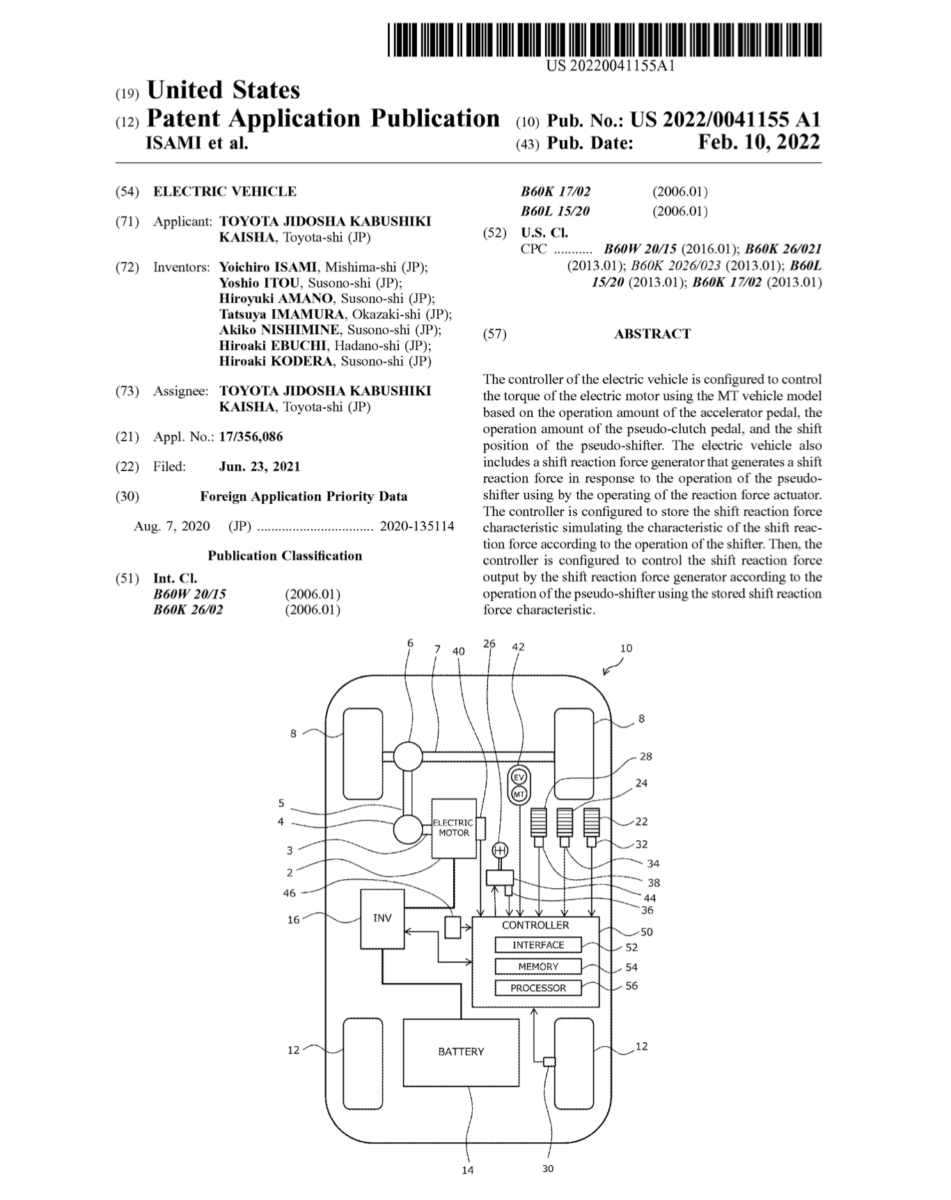 This probably means Toyota EVs may have a simulated manual transmission giving the feeling of inertia and the back and forth motion associated with changing gears. Is there an exact purpose to this? Likely not, but it seems like a lot of fun, something which Toyota seem to be keen on providing to its customers. The company’s president, Akio Toyoda is an enthusiast and a keen racing driver and he has vowed to add more exciting models to Toyota’s lineup.