Toyota has launched the new Glanza hatchback in India with prices starting from INR 7.22 lac. This is the first Suzuki-based Toyota model developed under the strategic partnership between the two Japanese automakers.

Apart from minor cosmetic differences at the front end, the Glanza is almost entirely same as its donor– the Baleno. The Glanza is available in two trims, two engines and two transmission options. There is a 1.2-liter naturally aspirated four-cylinder petrol engine producing 83 hp and 113 Nm of torque and comes mated to a 5-speed manual or a CVT gearbox.

The other engine is also a 1.2 liter petrol but with more powerful outputs, developing 90hp of power and 113 Nm of torque and comes paired to a 5-speed manual transmission. 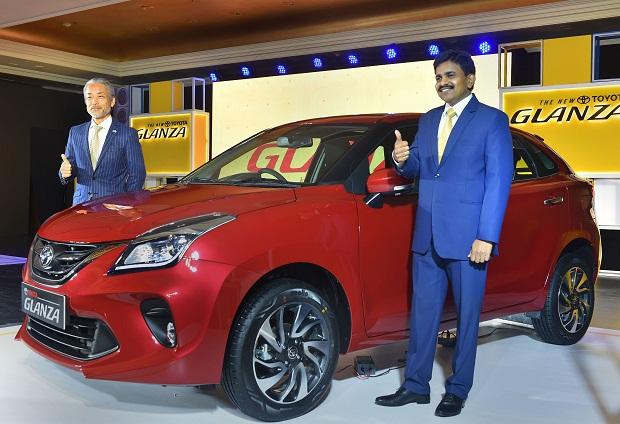