2020 Toyota Yaris- The Good and the Beast

With the introduction of all new 4th gen Yaris, Toyota has perhaps tried its best to offer the best of both worlds. Unveiled in October last year, the all new Yaris also marks the beginning of use of a unified nameplate as from this generation onwards, it will be called as Yaris in its home market too where previously it was known as Vitz since 1999.

The all new Yaris sits on the new TNGA-B platform, on which Toyota will base all its compact cars in future. Features & components are built entirely from the ground up, including the engine, hybrid system, transmission, and suspension. In addition to the lightweight yet highly rigid body and low center of gravity, the 4th gen Yaris is offered with 4 different powertrains to deliver agility, superior comfort, and smooth & direct acceleration. 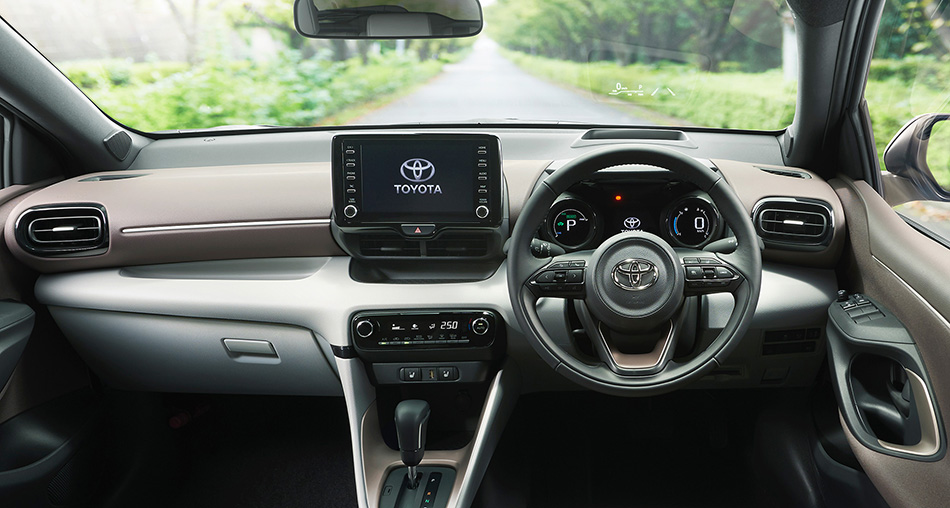 Furthermore, the all new Yaris is offered with E-Four (electric four-wheel drive system), first-ever for a Toyota compact car. Toyota is also among the first to adopt an array of advanced features that defy the common hierarchy based on car size, such as Advanced Parking Support System, the latest Toyota Safety Sense, Turn Tilt Seats which facilitate entering and exiting the vehicle; and Display Audio which can connect with Smartphones, as standard on all models.

According to Chief Engineer Yasunori Suezawa, in charge of development of the new Yaris:

“This marks the 20th year since the first Yaris debuted, so we wanted to build a new-generation compact car that goes far beyond customers’ preconceptions about class by building on the strengths of the Yaris as a compact car while revamping the platform, powertrain, and all other components. Compact cars are driven by many people, so offering a pleasurable drive was a priority, but it also prompted us to use the Yaris as the starting point of cars with the world’s highest level of fuel efficiency and secure safety technology.”

According to Toyota the new Yaris hybrid delivers 36 km in a liter (WLTC test cycle) making it the most fuel efficient vehicle in its class. But if you think the new Yaris is just about comfort and fuel economy figures, you’d be wrong as Toyota has another beast in Yaris lineup that has literally shaken the world with the numbers it produces. As said earlier, Toyota announced to launch a performance version of each of its core models so it did that with the new Yaris in the form of GR Yaris.

The 2020 GR Yaris is a 3-door performance version of regular 4th gen Yaris. It is equipped with the world’s most powerful three-cylinder engine installed in a road car. The turbocharged 1.6-liter engine is an all-new development which churns out staggering 257 hp and a massive peak torque of 360 Nm transferred to both axles through a 6-speed manual gearbox. 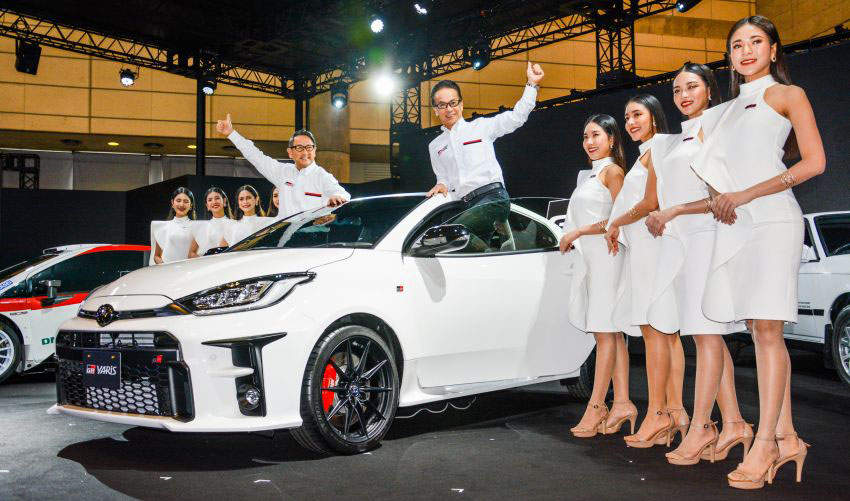 In normal driving circumstances, the intelligent AWD system sends 60% of power to the front wheels, and 40% to the rear wheels. However in Sport mode, just 30% of power is sent up front and 70% to the rear. For maximum rally attack on loose or slippery surfaces, the Track mode splits power an even 50/50.

Despite the addition of AWD as well as two Torsen limited-slip differentials, the GR Yaris weighs only 1,280 kg and promises to offer a thrilling experience behind the wheel. It does 0-100 km/h in less than 5.5 seconds and will top out at an electronically capped 230 km/h.

There is a newly developed double-wishbone rear suspension, a MacPherson strut front suspension, and a wider rear track compared to the regular Yaris. The roofline has been lowered by 91 mm to obtain a coupe-like silhouette, and there are frameless doors along with 18-inch alloys & restyled bumpers to distinguish itself from the regular Yaris hatchback.

Toyota in Pakistan is in process of introducing the 3rd gen Yaris sedan that will be replacing the 1.3 liter Corolla variants. However we cannot expect the new one to arrive here anytime soon since the imports on JDMs have been restricted already. However the new Yaris does look exciting, and it sounds even more invigorating when you know that the JDM version is more powerful at 268hp instead of 257hp as in international versions.  Hope someone tries to bring one here.