News regarding Indus Motor Company (IMC) planning to replace the 1.3 liter Toyota Corolla XLi & GLi variants with the Vios sedan in Pakistan has been around for quite a while now. In May 2019, CarSpiritPK exclusively reported that IMC will be launching the Yaris sedan instead of Vios.

Related: IMC to Introduce Yaris Sedan Instead of Vios in Pakistan

Now according to a recent report published in Dawn, IMC will ideally roll out the Yaris sedan either towards the end of this year or beginning of 2020. The report cited vendors who wish to remain anonymous, that manufacturing of parts for Yaris sedan has already been started and that supply of parts to IMC will hopefully commence by year end. 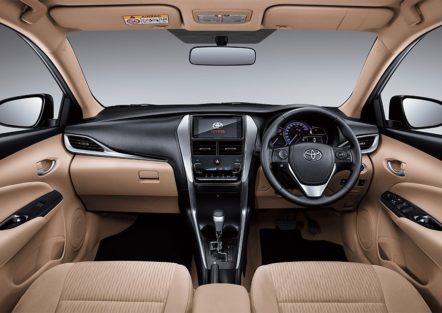 Although IMC has recently decided to stop car production for 8 days (2 days a week) starting from this month due to slow down in sales, and has already revised its production target for this year too, there is no change in Yaris launch plan yet despite a turbulent sales period, vendors claimed.

The Yaris sedan shares it platform with the Vios and is quite similar to its sibling in terms of dimensions, suspension as well as the interior. Though the naming convention of both these cars remain a little confusing as the Vios is called as Yaris sedan in certain markets and vice versa. To read more about the difference between Vios and Yaris, read our earlier blog post here.

Stay tuned to CarSpiritPK to find out more about the upcoming Yaris sedan in Pakistan.