Maruti is all set to introduce the new 2019 WagonR in India, as undisguised spy shots have appeared on the internet courtesy GaariWaadi. Reportedly the launch of the all-new WagonR will take place on the 23rd of January 2019.

The new Indian WagonR is different than the sixth generation model that was introduced in Japan on the 1st of February 2017, and will ride on an upgraded version of the outgoing model’s platform. As evident from the spy shots, there is a completely redesigned fascia with a shorter bonnet, there are blacked-out B-pillars, body-colored C-pillar with a black garnish and new vertical tail lamps. 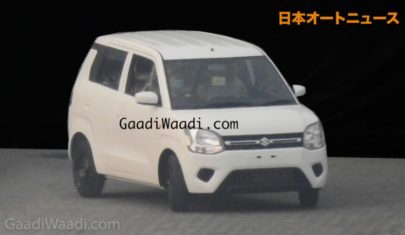 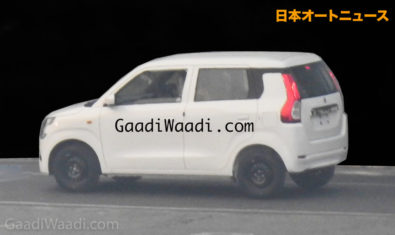 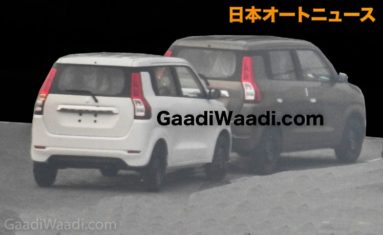 Although interior photos aren’t available yet, but it will reportedly feature a fully revamped design with focus on aesthetics, comfort, convenience and safety. And with stricter safety regulations coming into effect in India from next year, driver airbag and ABS will become standard in the new generation model.

Although the 1.0 liter K-series engine will remain same, Maruti is expected to introduce some improvements to enhance its performance. Transmission choices will be 5-speed manual and AGS. Official prices are yet to be disclosed but the 2019 Maruti Wagon R is likely to be priced around INR 4.25 lac.