Proton has launched the much awaited facelift of the popular Saga sedan in Malaysia. The Saga is currently in its third generation that was introduced back in 2016.

Saga, known as the very first car by Proton, also happens to be the brand’s longest running nameplate. It has a proven legacy in Malaysia and is considered as the most popular car in its home market. Over all these years, Proton Saga has proven itself as a reliable, cost effective, fuel efficient and well built vehicle that is deemed as the national symbol of Malaysia.

The 2019 Proton Saga facelift gets the most obvious change to the grille, which now incorporates the signature “Infinite Weave” pattern that made its debut on the X70 SUV and has already been incorporated on the 2019 Iriz and Persona facelifts launched earlier this year.

The new front bumper integrates larger air intakes for a bolder look. The fog lamps housing is now accompanied by horizontal LED daytime running lamps as well. Towards the side one can notice a bee sting antenna at the rear-end which replaces a long one just above the windscreen while the 2019 Saga facelift wears new 15-inch twin five-spoke alloy wheels. 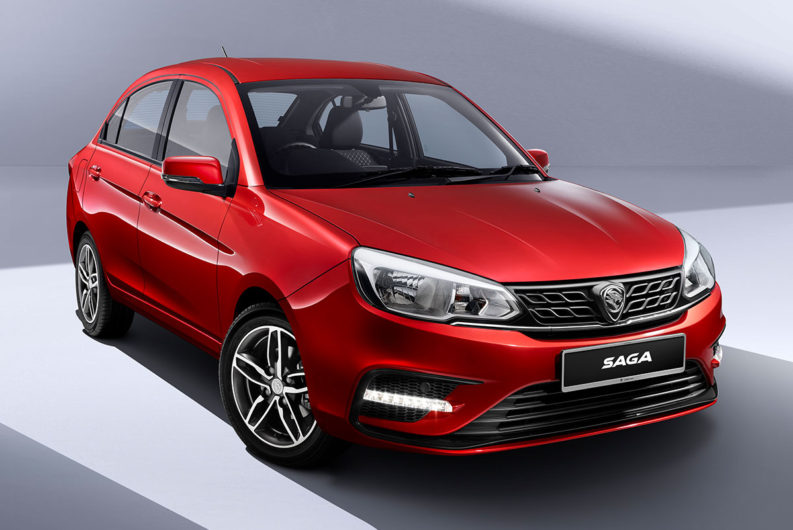 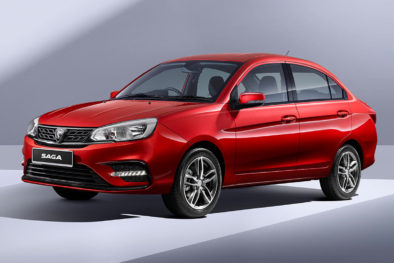 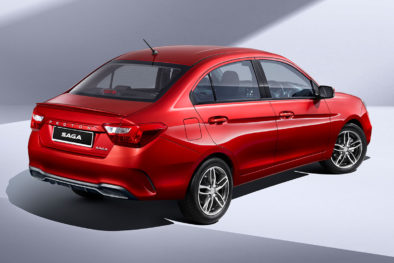 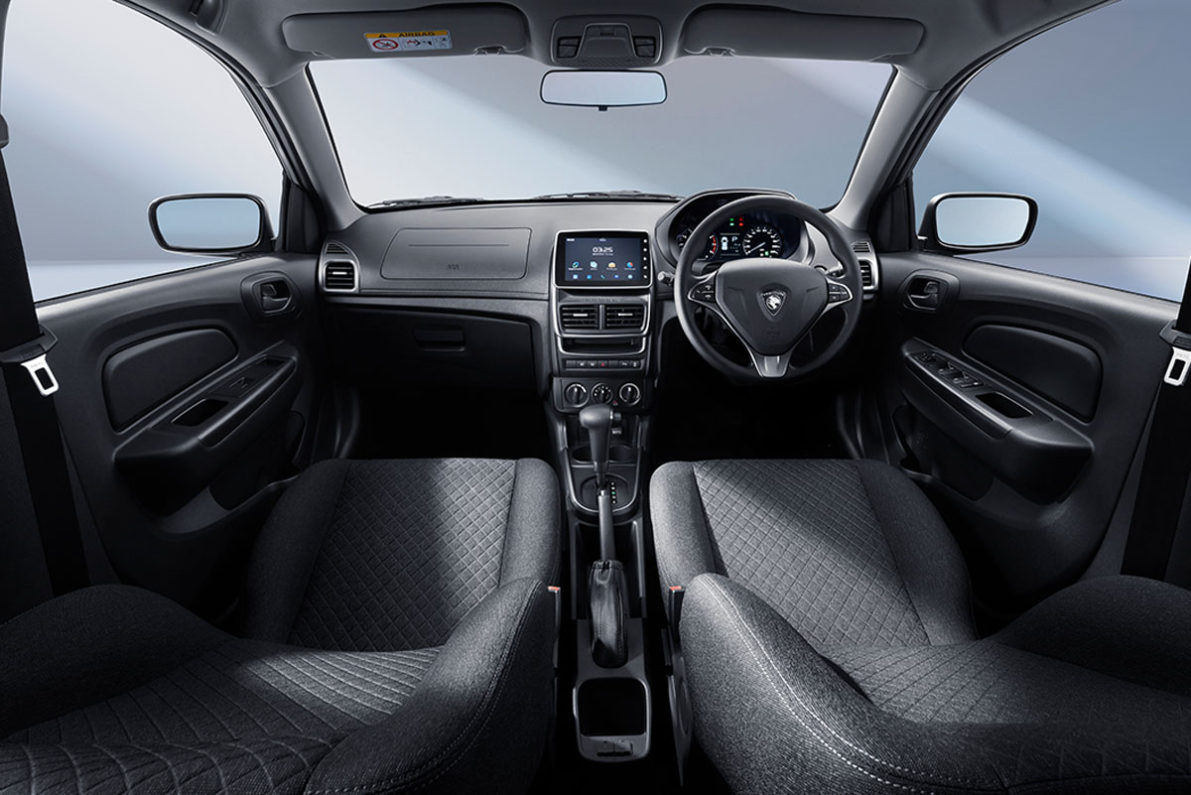 The rear end of the 2019 Saga facelift gets simpler taking inspiration from its bigger brother, the Persona. The Proton badge and chrome bar above the number plate is now replaced by a spaced out Proton script as seen on all new models post X70.

The new rear bumper incorporates a diffuser while the central rear fog lamp on the lower section of the bumper has now been removed. There are also thin vertical vents found at the edges of the bumper. The trunk gets a new embedded bootlid spoiler however tail lamp design remains largely unchanged. 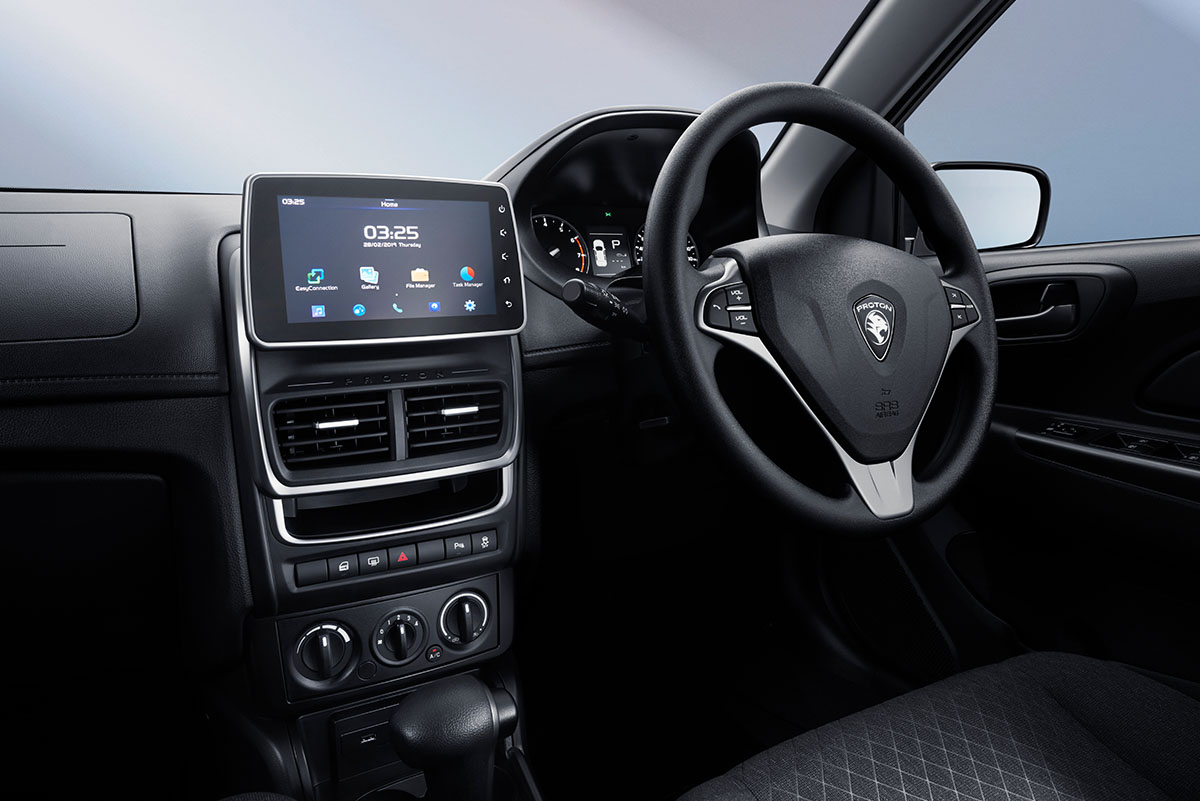 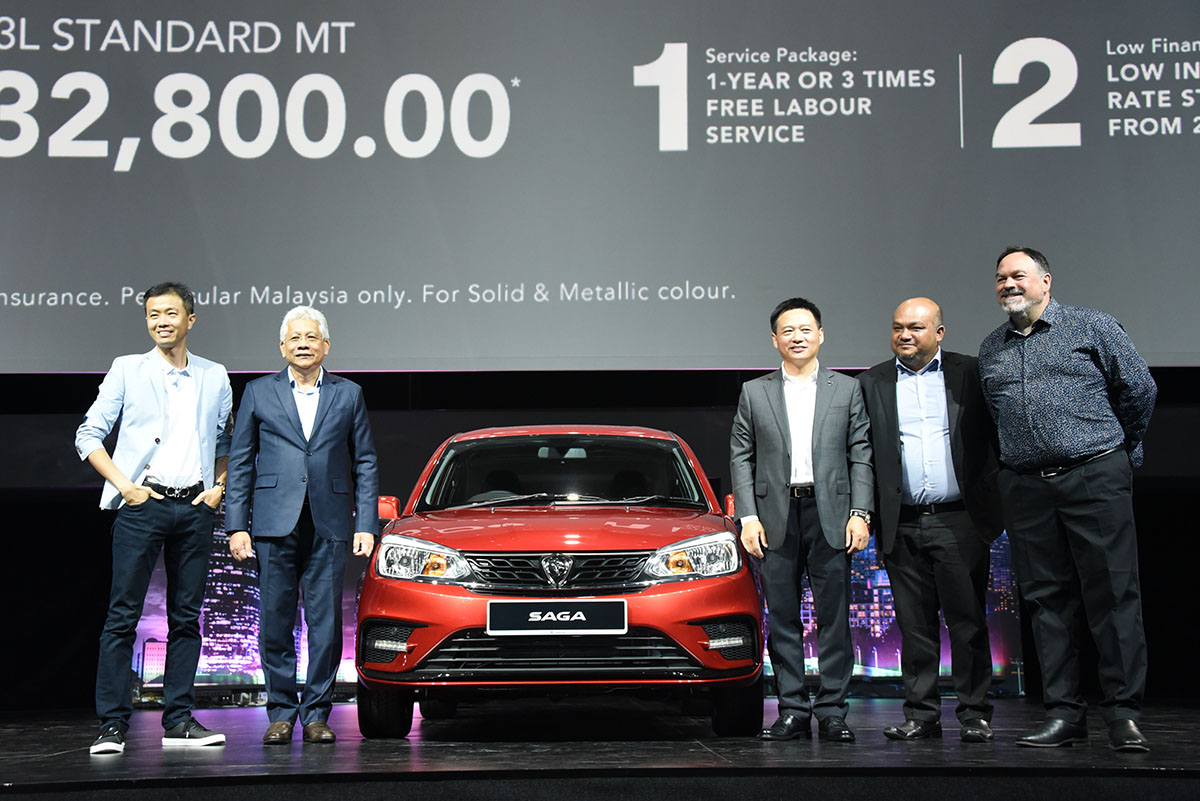 Although the Saga facelift continues to be powered by the same 1.3 liter DOHC VVT engine that punches out 94 hp and a peak torque of 120 Nm, there is a change in powertrain options. While the 5-speed manual transmission remains untouched, the CVT gearbox has been ditched in favor of the 4-speed torque converter automatic gearbox sourced from Hyundai, which is the same used in the likes of Kia Picanto. This is because Proton’s parent Geely is already using this 4AT gearbox in China and is considered as a proven unit. 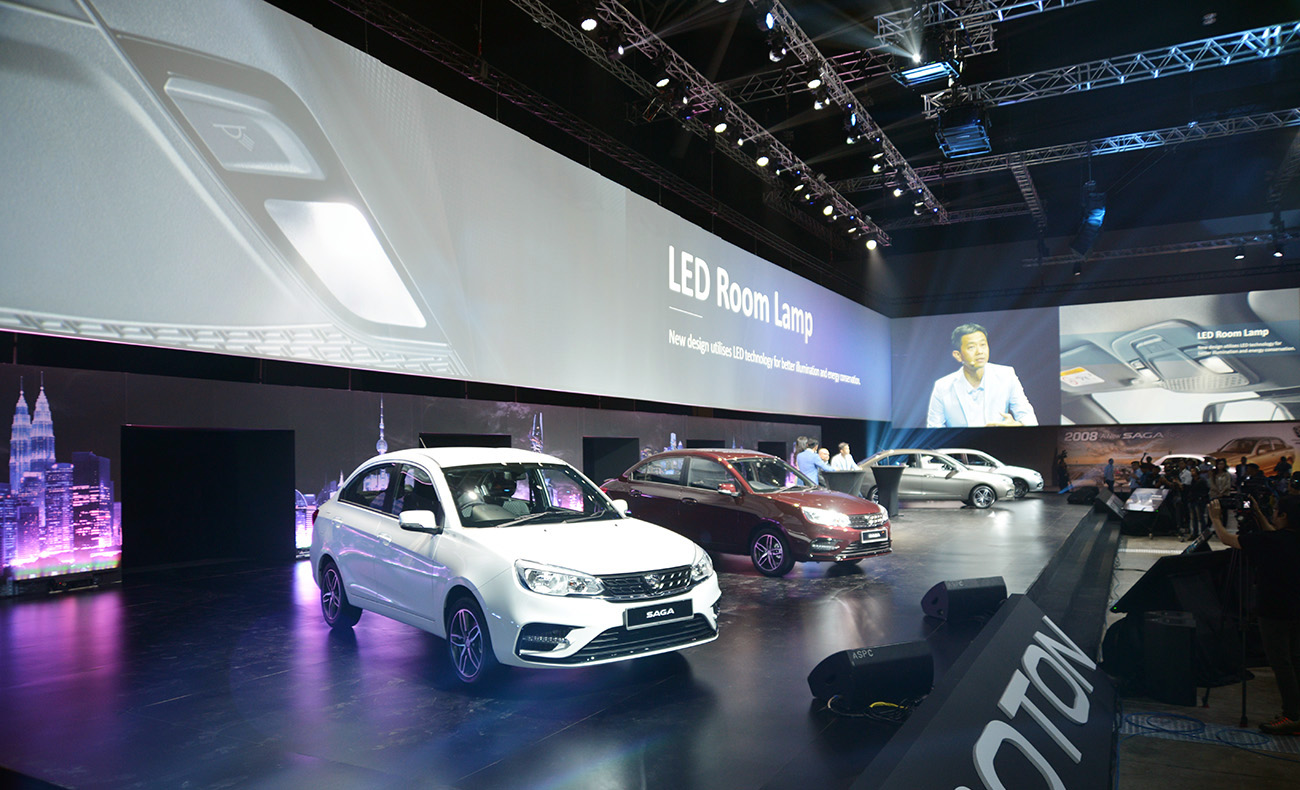 With the new Saga Proton claims improved NVH, braking performance, and ride-handling. It gets upgraded brakes (front ventilated discs, rear drums) from the Iriz and Persona, while ABS with EBD and Brake Assist is now standard across the range. The Premium version gets electronic stability control (ESC) and hill-hold assist. The Saga has 4 stars in the ASEAN NCAP crash tests however with the new Saga, Proton is eyeing for 5-stars.

Despite the improvements in equipment levels, the prices have come down as the 2019 Saga facelift range now cost cheaper than the pre-facelift models. The new Saga comes in three variants- Standard MT, Standard AT and Premium AT. 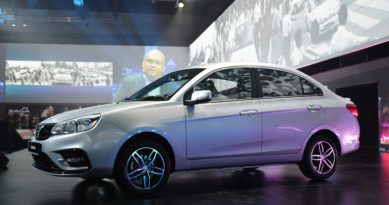 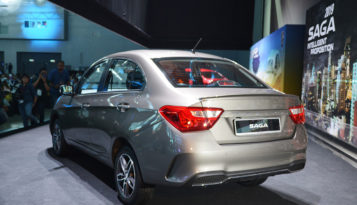 Proton, having signed an agreement with Al-Haj Automotive is in process of making an entry in Pakistan with the Saga sedan as the first offering. The ground breaking ceremony of Proton’s assembly plant in Pakistan took place on the 22nd of March 2019, and is expected to commence operations by June 2020.