The new Toyota Supra’s rendered styling has appeared in Best Car magazine shared on fan site SupraMkV.com. Toyota’s forthcoming sports car model, is returning to the scene after an absence of nearly 16 years. 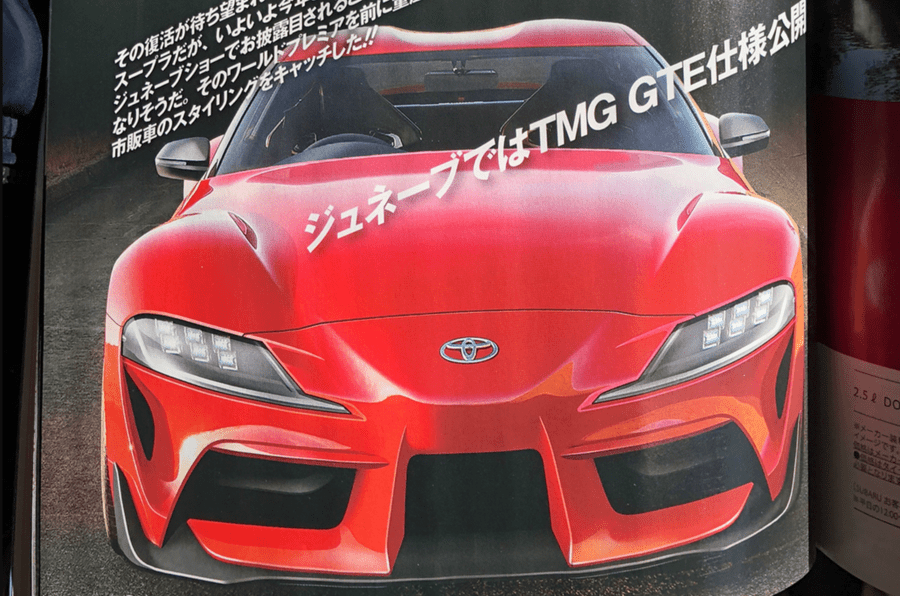 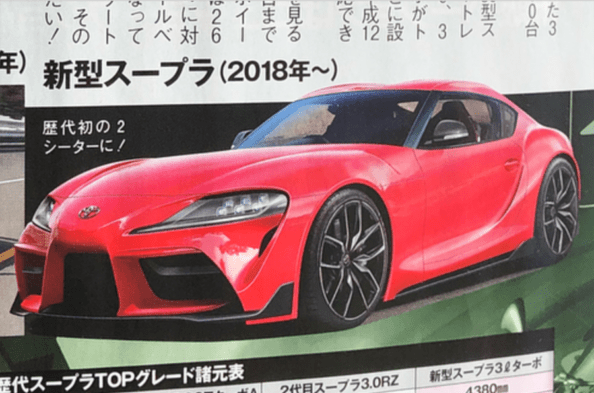 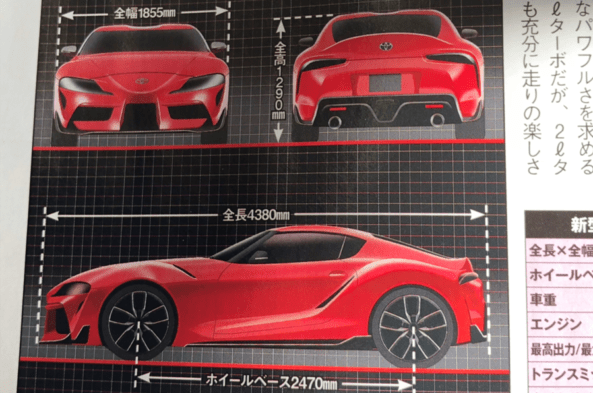 The Supra’s engine, a 3.0-litre, six-cylinder dual overhead cam unit, produces 335bhp at 5500rpm and 332lb ft of torque at 1380-5200rpm. It’s thought that an eight-speed torque-converter automatic gearbox will be used – both engine and gearbox are derived from BMW units, shared with the 2019 BMW Z4, with which the Supra was co-developed. Both cars sit on the same carbon-fiber architecture.

It’s not yet known what the top speed of the Supra is. The reported 3.8sec 0-62mph time puts it in league with the PDK-equipped Porsche 911 Carrera S; the Toyota is 14kg lighter and has 85bhp less than the Porsche.

The car’s styling is already known to take considerable influence from Toyota’s FT-1 concept revealed at the 2014 Detroit motor show, with large air intakes dominating the front end and outlets at the rear flanking slim-line tail-lights and a ducktail spoiler. The double-bubble roof, which can be seen in the preview image of Toyota’s upcoming concept, is also visible in the renders.