Proton has launched the updated 2019 Exora RC (Running Change) MPV with a lower price tag. Price for the premium 1.6 liter turbocharged CVT model is RM 66,800 whereas the executive 1.6 liter turbo CVT is priced at RM 59,800. This is a reduction of up to RM 2,547 according to Proton Chief Executive Officer Li Chunrong. 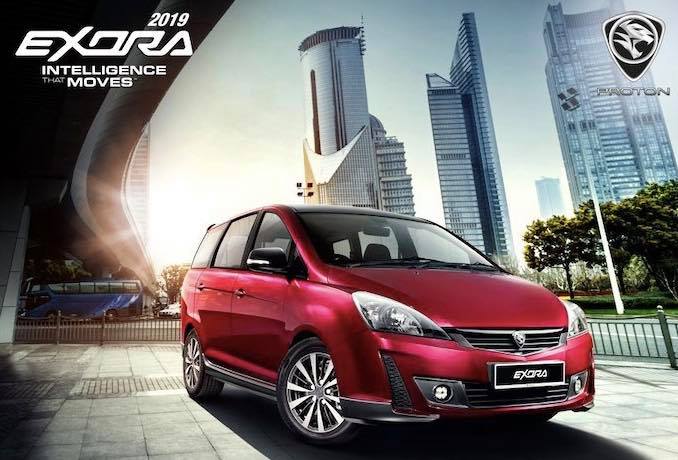 This is the third update for the 7-seater MPV that was first introduced in 2009. It was updated with Exora Bold version that debuted in 2011, followed by an enhancement in 2017. Unlike the recently launched 2019 Iriz and Persona facelifts, there is no major styling update and only some enhancements in terms of equipment for the Exora MPV that is entering its final years of production. Bear in mind the next generation Exora MPV is going to be based on the Geely JiaJi MPV and the license for the said model has already been issued.

The 2019 Exora RC gets the 7-inch touchscreen head unit based on Geely’s Global Key User Interface (GKUI), with “Hi Proton” voice commands and 4G internet connection via an embedded eSIM card. The system made its debut on the X70 SUV, offering functions such as online music streaming, live navigation, Smartphone connectivity, mirroring for Android and WiFi hotspot etc.

Inside the Exora RC gets the new instrument cluster as seen on the Iriz and Persona facelifts, with ‘Proton’ lettering on the lower section of the new head unit. The centre stack has been redesigned; the dashtop clock is gone while the entire panel is now rendered in piano black with a silver bezel for a premium appearance. Below that, there are now two USB ports in front of the cup holders, and a 12V socket –previously there used to be a single USB port.

There is also a “borderless” rear view mirror, as found on the latest top-spec Iriz/Persona. The seats get new semi-leatherette upholstery with a quilted pattern, which is repeated on the door cards. The exterior receives a new Rosewood Maroon color option and a shark fin antenna on the existing black-painted roof.

Proton having teamed up with Al-Haj Automotive is in process of launching its range of vehicles in Pakistan. The plant being constructed in Karachi will become operational by June 2020 with 1.3 liter Saga sedan as their first offering. Although Proton Exora has been spotted testing on our roads already, there is no official announcement regarding the launch of the 7-seat MPV in Pakistan.