The third generation of Kia Picanto hatchback was launched back in 2017. After three years, Kia started testing the facelift for the 3rd gen Picanto, spyshots of heavily camouflaged test mules also appeared on the internet earlier this year.

Now for the first time, images of a completely undisguised Picanto facelift appeared on the internet– courtesy The Korean Car Blog. The pictures were taken during filming near Frankfurt, Germany which clearly shows the changes incorporated to its design, which include new bumpers with embellished fog lamp housings, restyled tiger-nose grille, new alloy wheels and revised headlights. The car was wearing registration plates that Kia normally uses for filming/photoshoots. 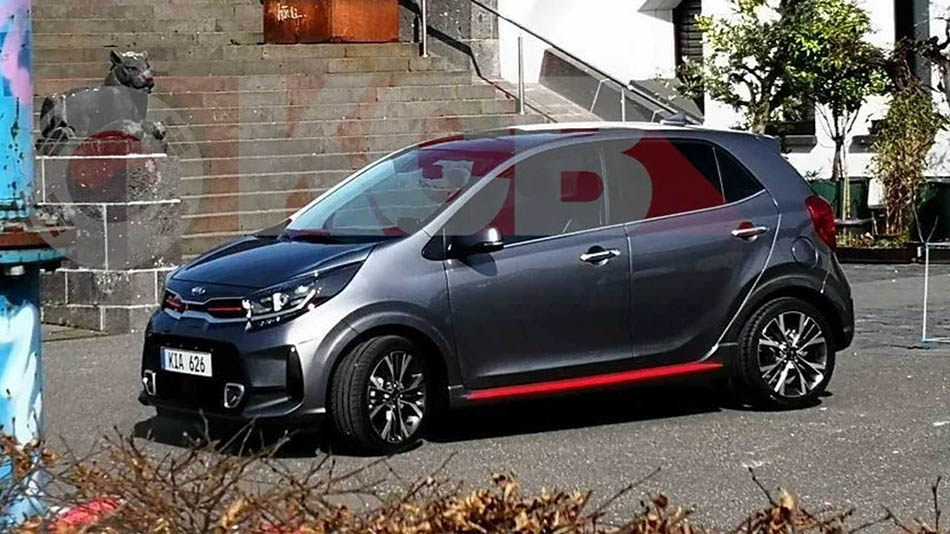 The red accents and a beefier look suggest it’s the top-spec GT-Line trim as automakers generally film the range-topping version of a car for marketing purposes. Although no other picture is available at this stage, we can expect some mild changes at the back of the new Picanto with revised taillights and a redesigned bumper. The interior is also going to get some tech enhancements and minor design updates.

Reportedly the new Picanto will use many of the same parts as the recently refreshed Hyundai i10 hatchback. Engine options are likely to remain unchanged, which include a naturally aspirated 1.2-liter four-cylinder engine with 83 hp of power and 118 Nm of torque, as well as a turbocharged 1.0-liter three-cylinder engine with 99 hp and 172 Nm, both hooked up to a 5-speed manual transmission or 4-speed automatic. 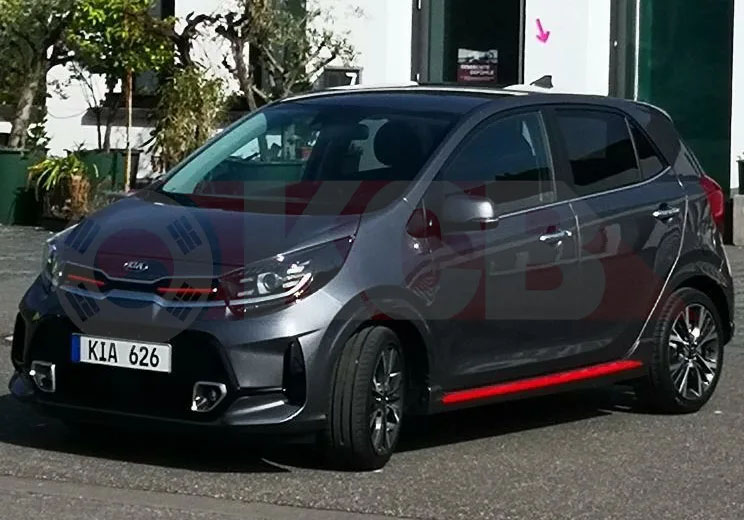 The 3rd gen Kia Picanto facelift will likely make its debut at the 2020 Paris Motor Show in October, unless the coronavirus will once again have an impact on an auto show following Geneva Motor Show’s cancellation and the New York Auto Show’s rescheduling for August. Better still, the new Picanto is expected to go on sale in international markets as a 2021 model year car towards the second half of this year.

While the world is about to embrace the 3rd gen Kia Picanto facelift, the globally discontinued second generation Picanto that made its world debut back in 2011 & was recently launched in Pakistan is struggling to leave the showroom floors. The technically 9-year old vehicle is priced at PKR 1.89 million for manual and PKR 1.99 million for automatic variant.