Can Yaris Fit in the Shoes of Toyota Corolla

Toyota Corolla has long remained the most preferred sedan for Pakistanis. Ever since it first appeared in Pakistan during the late 60s, the Corolla was loved for its practicality, fuel consumption, ease of maintenance and above all the unmatched reliability.

From the late 1960 all the way to early 90s, each generation of Toyota Corolla saw immense popularity in our market. And then Indus Motor Company (IMC) which was incorporated in December 1989 began rolling out the locally assembled Toyota Corolla in May 1993. With a 20 unit per day production back then, the 7th gen Corolla was launched with 1.3 liter carburetor engine & 5-speed manual transmission and was initially available in 5 non-metallic colors. Available trims were XE and GL, whereas diesel versions were also introduced a couple of years later. 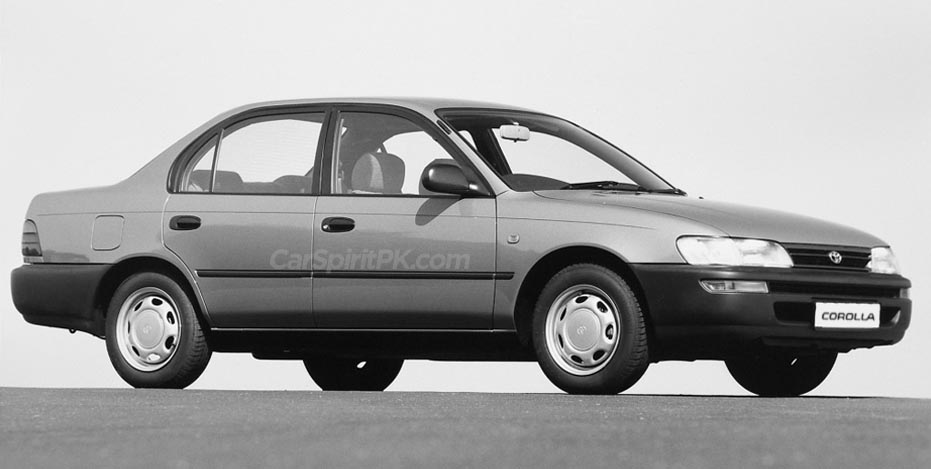 Since then the Corolla maintained its reputation as the most preferred local assembled sedan in Pakistan. With each passing generation, not only that the sales of Corolla grew, it was also offered in multiple engine capacities thus catering to a wider variety of consumers. In 2009, the 10th generation Toyota Corolla surpassed Suzuki Mehran to become the highest selling car of Pakistan. 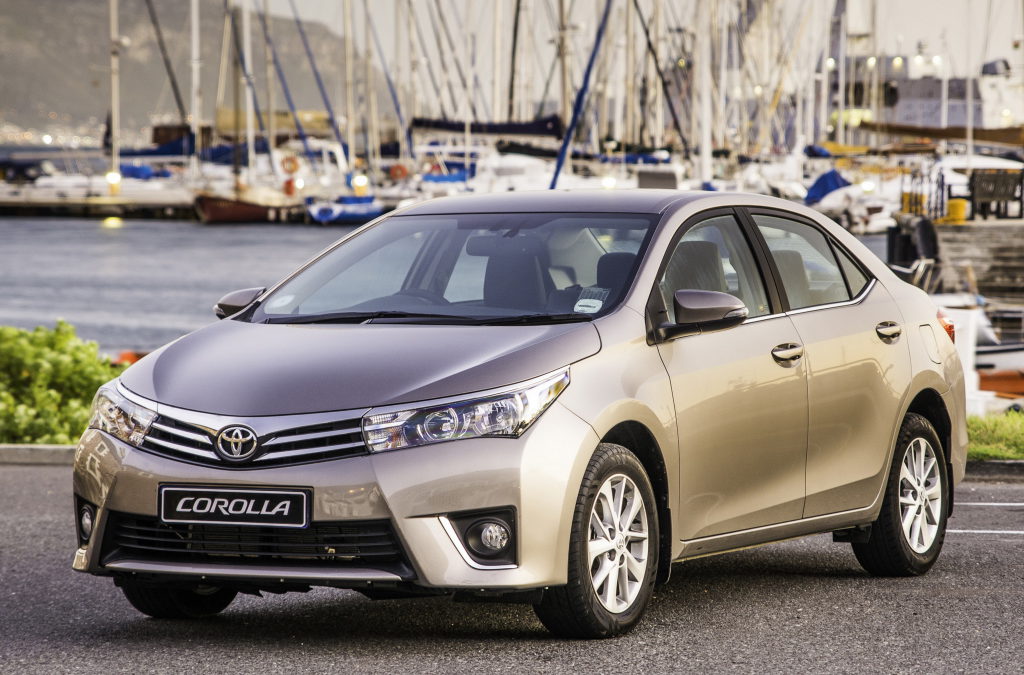 However since the 11th generation was introduced in 2014, the popularity of Corolla in our market saw new heights. IMC has been able to sell more than 50,000 units of 11th gen Corolla in each fiscal year since 2014, the feat which previously no other car and no other previous Corolla generation have been able to achieve.

This also helped Pakistan to become the number 1 market for Toyota Corolla sales in Asia Pacific region and 4th overall in the world. However the future doesn’t look so bright for Toyota Corolla in Pakistan. Due to slowdown in the automobile market, IMC has been able to sell just 18,902 units of Corolla during the first 8 months of current fiscal year which is -51% less when compared to 38,248 units sold in the same period a year earlier. 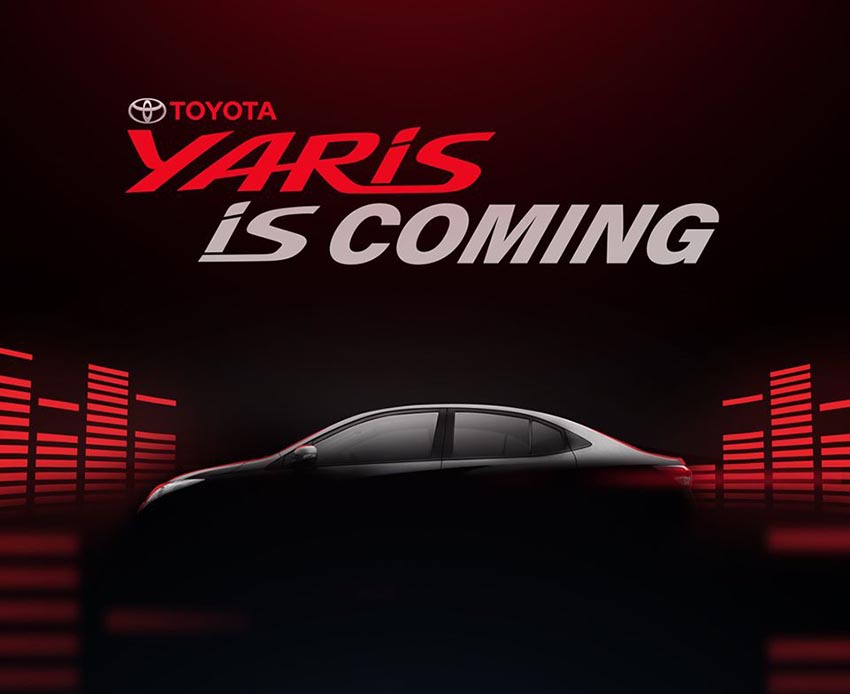 The sales of Toyota Corolla will be further reduced in future as the company is in process of introducing Yaris sedan as a replacement of 1.3L Corolla variants, which contributed to major sales chunk. This is because the new 12th generation Corolla has started to replace the 11th gen model in most markets already, and IMC can’t deploy their tried-and-tested 1300cc 2NZ-FE engine in the TNGA-based new Corolla. 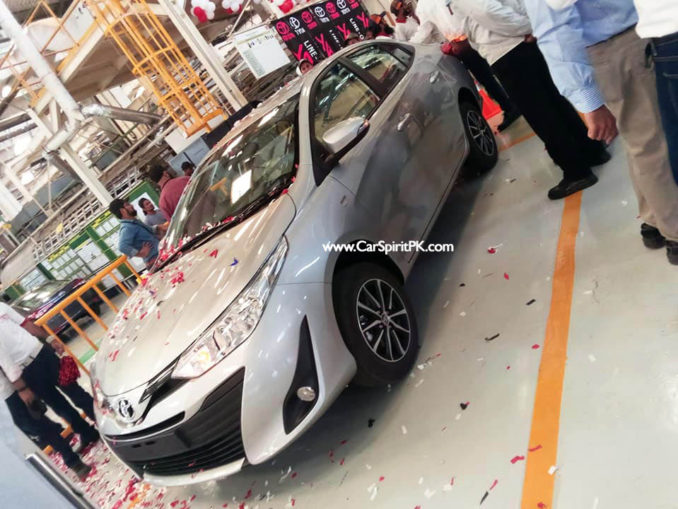 The Toyota Yaris launch event was scheduled to take place on 27th of March however there are reports that the event might be cancelled over coronavirus fears. Official announcement in this regard is yet to be made though; better still the vehicle will officially go on sale in April as units have already started to be dispatched to dealerships. Click here to view the leaked brochure of Toyota Yaris.

Toyota Corolla enjoys an unrivaled reputation in peopled’ minds that persist for over several decades. The latest generation despite being underpowered for a 1.3L car was loved for its ‘size’ and above all the ultimate advantage of bearing a trusted ‘Corolla’ nameplate. Still not many people know that Pakistan remains the only market in the world where 11th gen Corolla is being sold with a 1.3 liter 2NZ-FE engine. 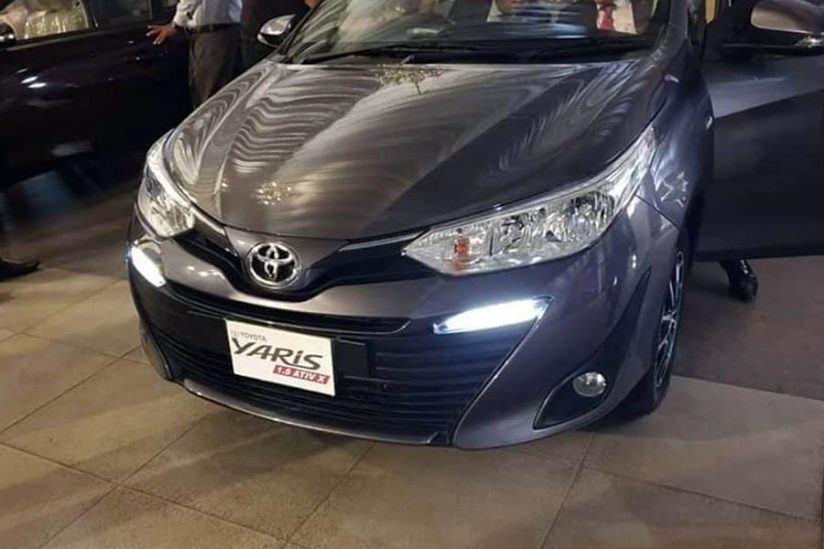 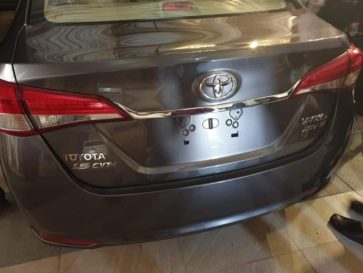 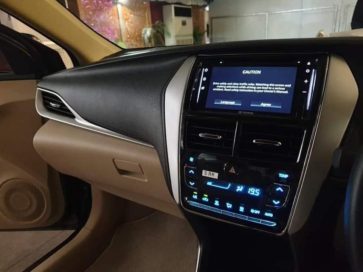 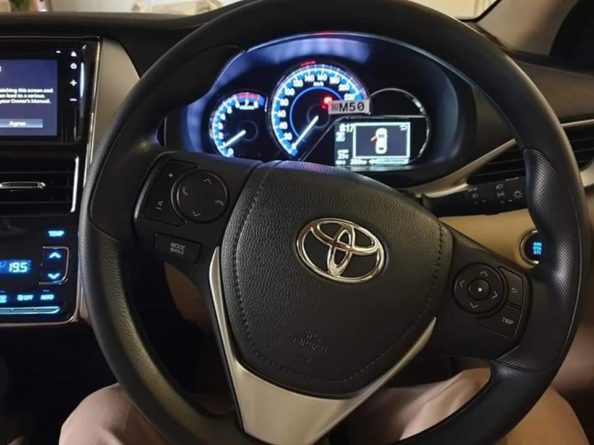 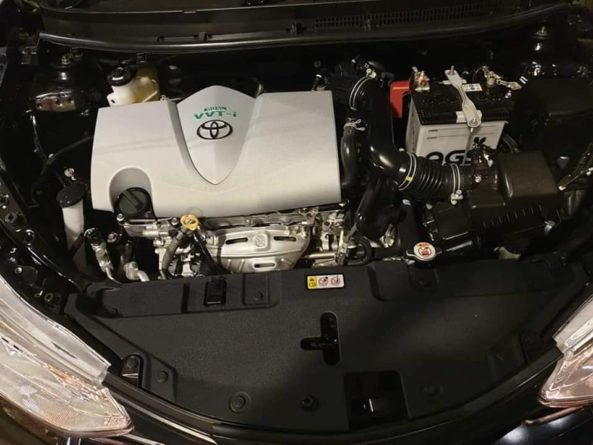 Yaris although with an efficient powerplant under the hood has a smaller footprint than Corolla. How well it’s going to do in the market in terms of performance is another question, however whether people will acknowledge it as a true replacement of Corolla, we will have to wait to find out. Furthermore as revealed by a Toyota official, about half the Corolla buyers are from rural areas so whether these bulk of buyers are going to accept a smaller Yaris as a replacement of legendary Corolla, will be another interesting finding.

After launching Yaris, the company will focus towards introducing the 12th gen Corolla in Pakistan. As per reports IMC will begin testing the TNGA-based new Corolla from the latter half of this year with test mules to be imported from Thailand as CBU. If all goes well, the all new Toyota Corolla can be expected to launch somewhere during the first half of 2021.

What is your opinion regarding the upcoming Toyota Yaris as a true replacement of Corolla sedan in Pakistan, let us know with your comments.