A Very Different Honda in Pakistan

Sales of locally assembled passenger cars witnessed a 53% decline during FY2019-20 due to slowdown in economic activities, higher interest rates, constantly rising car prices & towards the end, due to coronavirus pandemic which virtually put car sales at a halt. Though in recent months, car sales have started to regain momentum due to revival of economic activities & ease in bank financing.

However the automaker which has suffered the most in these tougher times is Honda Atlas, the sales of which reduced by 63% during last fiscal year. Honda sells three locally assembled products here– the Civic, City and BR-V, cumulative sales of which stood at 44,234 units in FY2018-19, however in FY19-20 the sales were cut down to just 16,387 units.

But Honda isn’t the same Honda elsewhere. Take Thailand for example, where both Honda Civic and City are ruling their respective segments outselling the rivals by a huge margin. As of the first 9 months of this calendar year, Honda Civic has sold 13,439 units in Thai market which is more than double than that of the runner-up Toyota Corolla Altis which recorded sales of 6,944 units.

Similarly in Eco-Car category, the Honda City in Thailand outshines the competition with flying colors, having sold 25,724 units in the corresponding period which is again more than twice as much as its closest rival the Nissan Almera (Sunny) which sold 13,405 units. Bear in mind Thailand was the first market to have received the 7th gen City which debuted late last year.

Honda BR-V however comes second in a race of 3 in Thai market with 1,778 units sold against the hot-selling Mitsubishi Xpander which was able to find 3,035 buyers.

So why does the Civic & City do so well in Thailand but over here the company doesn’t even disclose individual sales figures of the two? That’s because Honda is selling the latest generation of City sedan in Thailand which packs all the modern safety tech, and comes rich in features & equipment compared to Pakistan where it still sells the 12 year old 5th gen model which remains among the most under-equipped vehicles that doesn’t even offer a single airbag even in the priciest flagship Aspire trim which cost more than PKR 2.9 million.

The Thai-spec Civic again is a very well equipped car compared to the one sold in Pakistan. In Thailand, the 1.5 liter Civic Turbo RS gets Vehicle Stability Assist (VSA), ABS, EBD, Emergency Stop Signal (ESS), a rearview camera, 6 airbags as well as the Honda Sensing Safety Suite which include Collision Mitigation Braking System, Adaptive Cruise Control with Low-Speed Follow, Lane Keep Assist System, Road Departure Mitigation System with Lane Departure Warning and Auto High Beam etc. All of these features remain absent in the most expensive Civic RS in Pakistan that exceeds PKR 4.6 million. Plus the locally assembled Civic facelift that was launched in 2019 misses out on some visual elements too that were incorporated into the Civic facelift introduced elsewhere. On the other hand Honda in India offers a diverse range of products including the WR-V, Amaze etc which are not available in Pakistan but it does sell the City sedan, the latest generation of which was introduced in July this year. And since August the vehicle has managed to remain the bestselling car in the highly competitive market where it competes against the likes of Hyundai Verna, Maruti Suzuki Ciaz, Skoda Rapid, Toyota Yaris as well as the Volkswagen Vento. So far the 7th gen City in India has sold 2,299 units in August, 2,709 units in September and 4,124 units in October leaving behind the competition with a huge margin with its closest competitor Hyundai Verna posting almost half of City’s figures in October with 2,015 units. 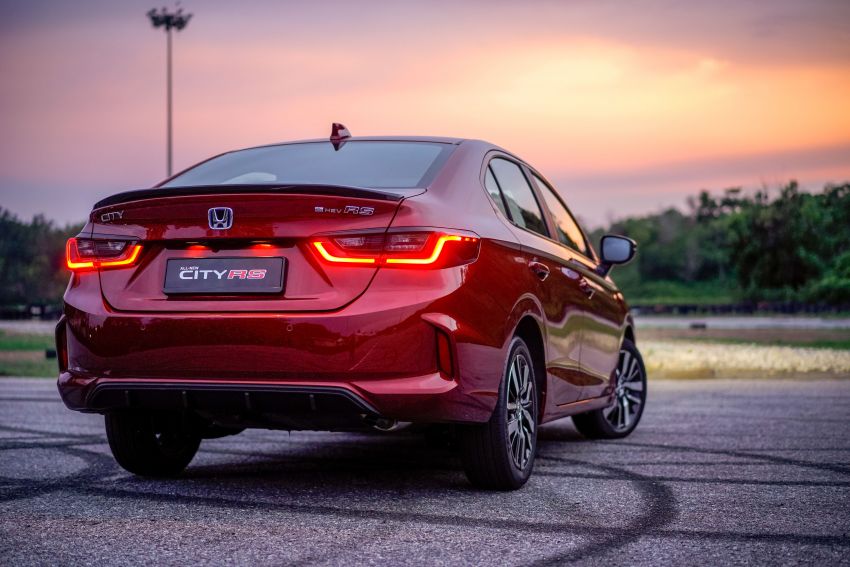 In October 2020, the all new City has been introduced in Malaysia which is another market where Honda dominates with its City sedan in the B-segment. Not only has it been a leader in its segment for 5 consecutive years but it has also been the bestselling model among the non-national brands there. The newest generation has already garnered more than 5,000 bookings prior to the launch event while Honda says it is eyeing to deliver more than 3,000 units of the all new City sedan in Malaysian market.

So why does Honda which has been outpacing its rivals in surrounding markets is shy enough to disclose individual sales of its sedans here? Things are so bad that Toyota Yaris which normally seats at the tail end of the competition against the City in regional markets was able to outsell Civic & City (combined) in Pakistan with 2,421 units sold in September 2020 against 2,293 units of the Honda duo.

This is due to the fact that City is a grossly outdated and underequipped product here that is a compromise over quality as well whereas Honda Civic has become outrageously expensive in recent years, which coupled with quality issues fails to offer the same level of features & equipment as offered in other markets.

Not having a small displacement engine in its lineup has also costed Honda Atlas more than any other auto assembler in Pakistan. In early 2019, the company had encountered a sneaky situation following government’s decision to allow non-filers to purchase vehicles up to 1300cc engine capacity. Honda Atlas only has vehicles above 1300cc, as it assembles 1,339cc and 1,497cc City variants, 1,498cc BR-V and 1,799cc Civic models. The company then requested the government to allow non-filers to purchase 1,350cc vehicles instead of the 1,300cc in the following mini-budget. However a couple of months later, the ban on non-filers was lifted.

It also remains a fact that Honda here operates with the shortest local assembled lineup in the region with only Civic, City and BR-V with CR-V and Accord offered as a CBU import. Whereas other markets have additional options including but not limited to Brio, Jazz, WR-V, Amaze, HR-V and Civic hatchback etc. Having smaller hatchbacks in the lineup such as the Jazz or the Brio might have helped Honda to achieve much better results in Pakistan.

Ever since Honda Atlas stepped in our country in 1994, it was known as the pioneers in introducing modern technology, newer vehicles, as well as timely updating their product lineup keeping itself parallel to the global models. However the company lost its heritage by dragging the 5th gen City with futile cosmetic enhancements while battling with quality issues in its products including Civic & BR-V.

In order to survive, stern actions are needed to be taken by the company. They just can’t rely on selling a handful of overly expensive options or just keep looking at the sky hoping that something will magically come & improve their game here. And with more options expected to be introduced in Pakistan in near future including the likes of Kia Cerato, Changan Alsvin & Proton Saga, things might not go too well for Honda unless they decide to change their game plan.