The 2020 Honda Jazz (known as Fit in the Japanese domestic market) has been officially unveiled at the 2019 Tokyo Motor Show today. Honda’s successful hatchback has officially entered into its 4th generation.

According to Honda, the new Fit/ Jazz has been developed with more “emotional value” than numerical absolutes, with comfort and engagement taking precedence. With this generation Honda has left the sharp angular styling and instead adapted a more sedate and simpler design language. At the front, the grille seems inspired from electric vehicles. The rounded headlamps are full-LED units with U-shaped light guide and squarish projector beam. The front bumper carries a visibly wider opening for the lower air intake and C-shaped fog lamp housing that makes it look sportier. 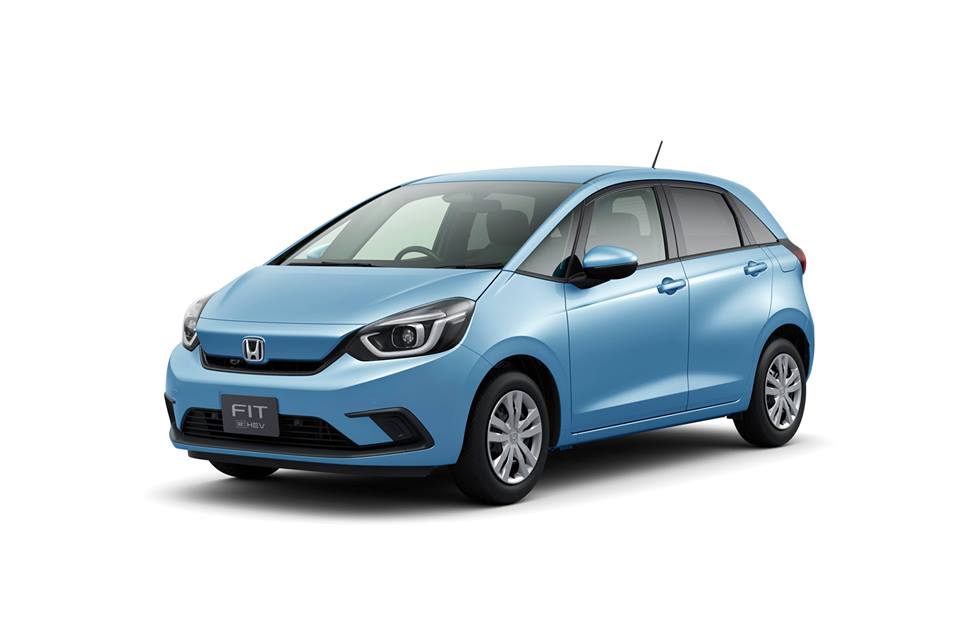 There are crisp lines running horizontally along the sides, and sharper more vertical shoulder lines emphasize the rear fender and wheel arches, reinforcing the car’s broader stance. The rear design of the car echoes the clean lines at the front, with a sleek new horizontal light cluster layout and discrete roof spoiler.

Related: Honda Freed Gets a Facelift and a New Trim

Other design elements include a thinner A-pillar, which is half the width of that on the current car. This not only improves frontal visibility but also ensures a safer structure by enabling impact energy to flow to the front quarter light pillars in the event of a collision. The frontal visibility is also enhanced by relocated windshield wipers, which are now positioned to be barely visible. The fuel filler cap just below rear quarter glass has an interesting design too.

The interior is heavily inspired by Honda E electric mini. The instrument panel features a flat-topped design, emphasizing horizontal and straight lines. The two-spoke steering wheel seems to have been lifted from Honda E. The touchscreen infotainment system seems to be bigger than the outgoing model’s 7-inch unit, and it is flanked by slim vertical AC vents.

The front seats are a new generation body-stabilizing design, which feature mat-structure support in place of the previous spring set-up, offering less fatigue to occupants over longer drives. As for the rear seats, the Magic Seats continue on, with the same seat arrangements as seen previously, but the units now come with a larger and thicker seat pad to improve comfort. 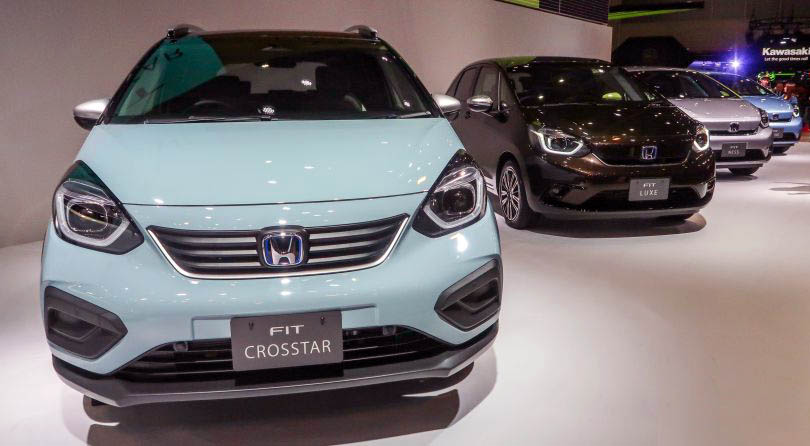 The new Fit/ Jazz is available in 5 trims– Basic, Home, Ness, Luxe and Crosstar. The Crosstar is a crossover-inspired variant with slight differences in design and specifications. Safety and driver-assistance tech for the new Jazz will include a front wide view camera on top of the automaker’s Sensing suite, which will come standard on the car across the entire model range. The Jazz will also be the first model equipped with the Honda CONNECT onboard board communication module that has been developed exclusively for Honda vehicles. 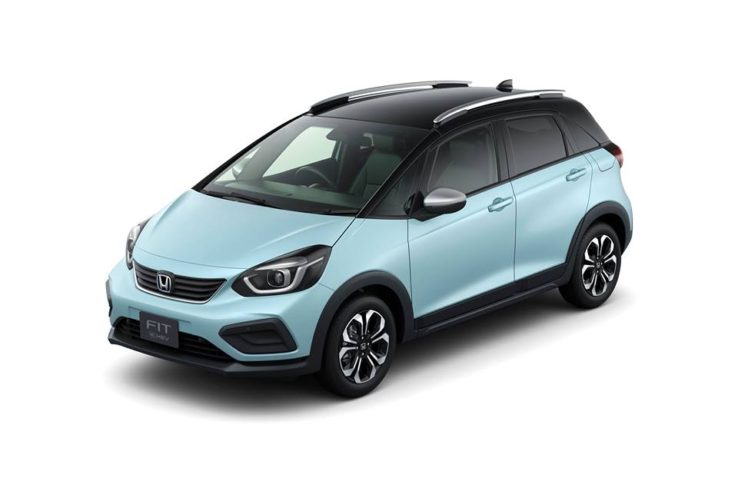 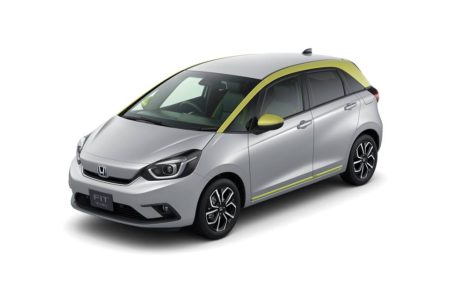 Under the hood, the 4th gen Honda Fit/ Jazz packs a new, more compact 2-motor hybrid system called e:HEV. It’s a derivative of the downsized i-MMD system employed in the Honda Insight.  The all-new Honda Fit will be launched in Japan by early next year and will reach European markets labeled as Jazz thereafter.