Suzuki is all set to introduce the next generation Jimny and Jimny Sierra in Japan after nearly 20 years. Images of the all-new Suzuki Jimny and information related to it continue to pour in via social media channels ahead of its official unveiling next month.

The leaked images gives us the undisguised look at the production-ready units. Spyshots and the brochure were leaked online already. The next generation Jimny will feature a retro style boxy design and will be available in 3-door hardtop configuration. It will have seating for four occupants and the top-end grade will offer features like front airbags and curtain airbags, touchscreen infotainment system, automatic climate control, keyless entry and push-button start, cruise control, electrically retractable rear-view mirrors, LED projector headlamps and more. 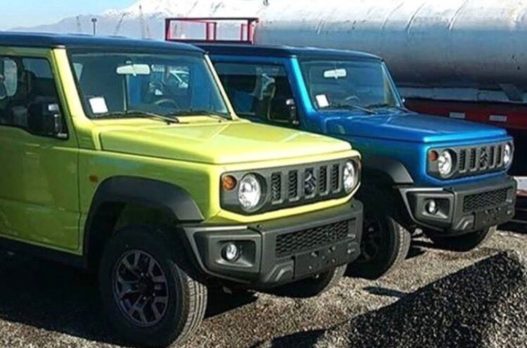 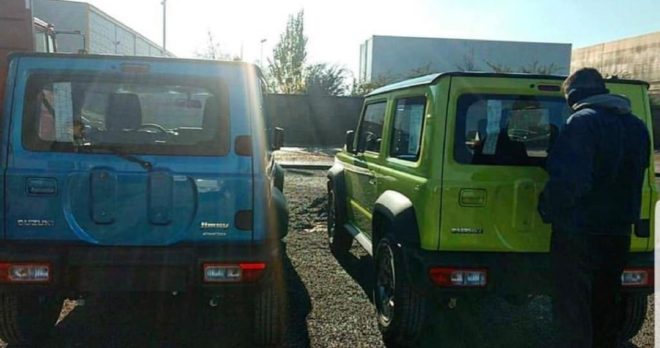 The Jimny Sierra, when compared with the regular Jimny, gets additional cladding around the wheel arches, wider bumpers, and fatter rubber wrapped around slightly different looking alloy wheels. The examples seen here are finished in Brisk Blue Metallic and Kinetic Yellow. A leaked image revealed the full-color palette of the all-new Suzuki Jimny recently. 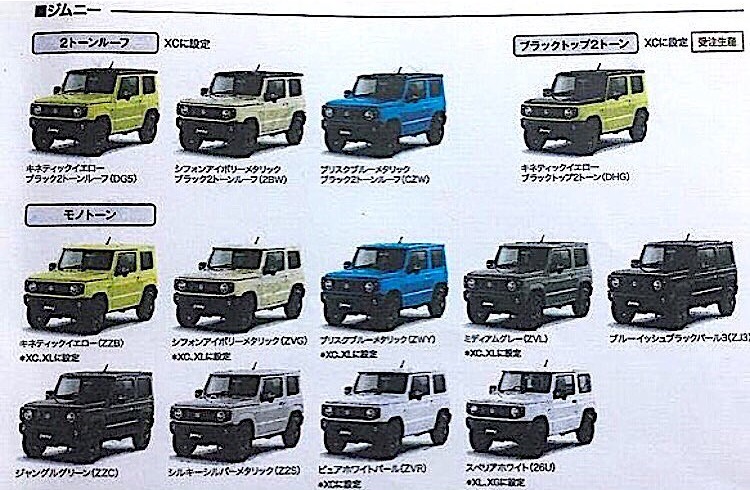 The JDM-spec Suzuki Jimny will be powered by a 660 cc RA06 petrol engine. Transmission options will include a 5-speed manual and a 4-speed automatic, with 4×4 on offer as well.

Suzuki recently showcased the new Jimny to a select audience at a closed-door event in Japan. The new Jimny is expected to make its official debut on the 5th of July 2018, and is expected to reach other markets starting from UK early next year. 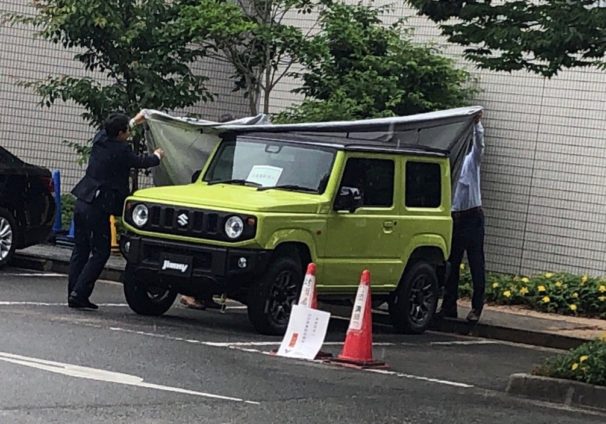 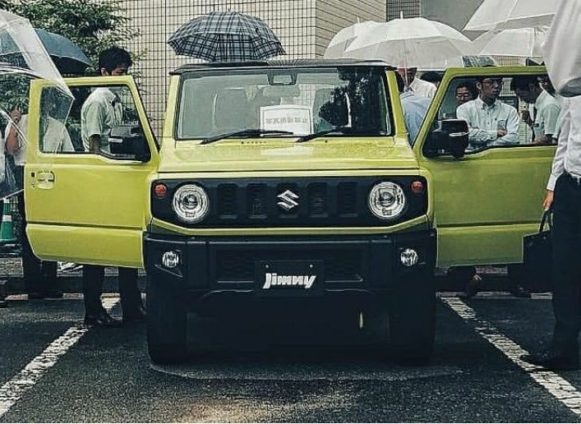