Car prices in Pakistan have always been vulnerable to exchange rates, however since December 2017, prices of local assembled cars have seen substantial revisions which have now become 50% more expensive than they used to be just a couple of years ago.

The trend of price revisions has paced up even more since last 15 months or so. With import restrictions on used (JDM) cars, prices of local assembled vehicles have been revised more often than before and the increase itself has been quite extensive too. Interestingly, even during the COVID-19 lockdowns which saw zero sales & closure of auto assembly plants, prices of local assembled cars in Pakistan were given another push.

If we look back, the price revisions are announced almost after every 3/4 months on average, with automakers citing forex fluctuations as the primary reason behind the price increase. Despite claiming to have achieved higher localization, the auto industry remains highly vulnerable to exchange rates. This is because the investment, the technology transfer and import substitution that has happened over the years in the automobile value chain has never been enough. Furthermore there is no check & balance by the government whether the industry has really localized as per perceived targets. High-value sophisticated technical parts requiring an advanced level of engineering including the CKD kits are still being imported at large.

Honda Atlas increased the prices of its cars by up to Rs 120,000 during COVID-19 lockdowns

Even slightest of variation in Rupee-Dollar parity results in the increase in prices of local assembled vehicles. However when the Rupee regains its strength back, there is no reduction in prices, in fact assemblers are bold enough to announce further price revisions, which in absence of any government regulatory or price control authority, is seen as a move to amplify the profit margins.

The recent increase in Toyota Yaris price is being heavily criticized on social media. The car was launched in March 2020 just ahead of COVID-19 lockdowns and after only 25 days, saw its first major price revision of Rs 150,000 in April in a time when production was at a halt and not a single unit of Yaris was delivered. Now in October when the Rupee has recovered by 3% against the US Dollar, the prices of Yaris variants have been revised by Rs 40,000 with Toyota’s newest sedan witnessing Rs 190,000 increase within just 7 months of its launch.

The impact of Rupee depreciation is always said to have been fully transferred to the consumers, but whether the impact is just fully transferred or way more than what it should be, is something that’s sure going to be an interesting find. Below are just a few examples of local assembled cars, the prices of which were substantially revised during the last 12-15 months or so.

Yaris when launched in March 2020 was priced between PKR 23.49 lac for the base 1.3L GLi manual and PKR 28.09 lac for 1.5L AtivX CVT variant with Rupee dangling around Rs 158+/- against the Dollar. Today when the company has announced its latest prices revision the Rupee has actually recovered from Rs 168 by up to 3% and is now hovering around 164+/- against the Dollar. This goes to show that since March 2020, the difference in forex fluctuations has been up to 3.1% while the price of Toyota Yaris has been increased by 6.8%.

United Bravo is another local assembled example which has seen outrageous price revisions in recent times. Despite enjoying the Greenfield status, the Bravo which was introduced against the price tag of PKR 8.5 lac saw 4 price revisions within 22 months of its launch with the newest increase of whopping PKR 2.14 lac taking Bravo’s price to PKR 11.99 lac.

Edit: United has decreased the price of Bravo by Rs 100,000 while transferring the positive forex impact to its customers.

Isuzu D-Max has also seen some vexing price revisions during recent times. When launched, the top-spec Isuzu D-Max was Rs 700,000 cheaper than the equivalent Hilux Revo variant. However today, the price difference between the two is just Rs 81,000. Interestingly during the last 13 months prices of Isuzu D-Max V-Cross variants were increased by 43% whereas the difference in Rupee-Dollar exchange is also around 5% (July 2019: Rs 159/Dollar, October 2020: Rs 164/Dollar). Even if we deduct the 7.5% FED that was imposed on double cabin 4x4s in this financial budget, the price increase compared to the forex fluctuations has been enormous.

In June 2019, Pak Suzuki introduced the Alto 660cc replacing Mehran as the entry level hatchback in its lineup. Prior to the launch, the Alto was speculated to be priced between PKR 9.25 lac and PKR 11.25 lac however Pak Suzuki shocked the masses with the base VX variant priced at 1 million (PKR 9.99 lac) and top-spec VXL AGS as high as PKR 12.95 lac. Interestingly back then the Dollar was at its peak at Rs 164.

After that, not only that the Rupee recovered against the Dollar, there was no additional duty or tax imposed by the government but since the company garnered pre-bookings in hefty numbers they were free to implement 3 major price revisions within a span of just 6 months. In December 2019, Pak Suzuki again pushed the prices up by Rs 90,000 which made the Alto’s top-spec variant cost as high as PKR 15.98 lac. Interestingly, by then the Rupee had recovered to 154 against 1 Dollar.

This shows that despite Rupee recovered by 6% against the Dollar; the prices of Suzuki Alto VXL & VXR instead of being reduced were substantially increased by 24% and 27% respectively, negating any dependency on Dollar-Rupee correlation. Later the prices of base VX variant was also revised while registering a 20% increase from the launch price against a 1.8% forex difference (June 2019: Rs 165/Dollar, July 2020: Rs 167/Dollar).

Edit: prices of Suzuki Alto VXR and VXL AGS have been revised again effective from 15th of October 2020. 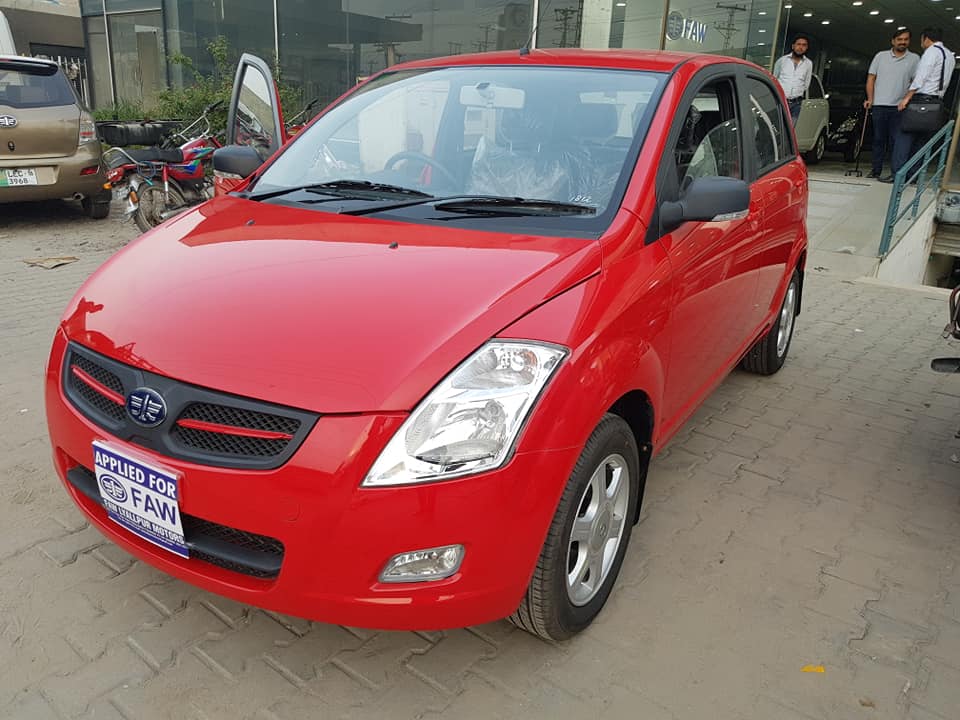 And this remains the case with almost every local assembled vehicle. With a negligible 3/4% variation in Rupee-Dollar parity (June 2019 vs today), car prices were revised up to 12% other than the exceptional cases mentioned above. However as far as car prices are concerned, government has already taken its hands up. In a meeting held earlier this year, the Senate Standing Committee was told:

“Since car manufacturers were in the private sector, there was no legal provision available with the industries ministry and EDB (Engineering Development Board) to control or fix prices of automobiles in the country.”

With the absence of price, technical, safety & quality control mechanism, the auto consumers of Pakistan will remain on the mercy of whatever is offered to them at whatever prices being demanded. The only thing what we can do perhaps, is to pray that some day we might be able to get international quality cars in Pakistan against a reasonable amount of money.

What is your opinion regarding the rapidly increasing prices of cars in Pakistan, let us know with your comments.