Kia ambassador and 22-time Grand Slam champion Rafael Nadal launched the 130-strong Kia fleet ahead of Australian Open 2023. The fleet handover at Federation Square also marked the extension of one of the longest-standing sports sponsorships in Australia, as Kia extended its partnership with the Australian Open for a further five years, until 2028.

During the ceremony, Kia presented tournament officials with a fleet of 130 vehicles featuring the popular Carnival MPV, Sorento SUV, Sportage SUV, and fully electric EV6 crossover. The vehicles will provide safe, comfortable, and efficient transport for players, match officials, and VIPs around Melbourne for the full duration of the tournament. 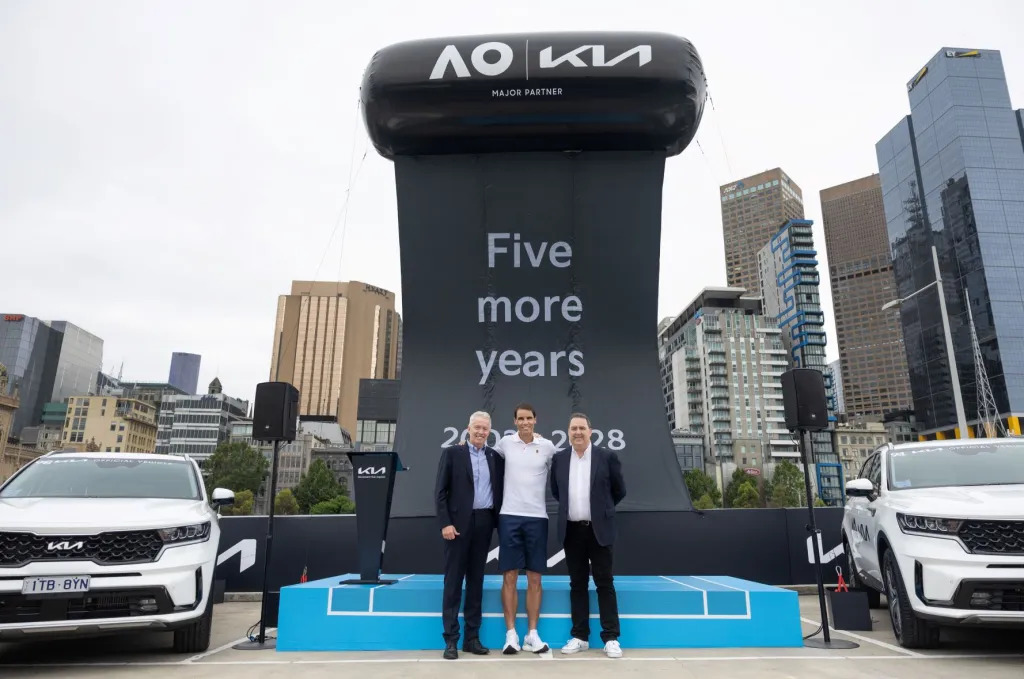 “We could not be more delighted that Kia is extending what is already one of the longest partnerships in Australian sport for another 5 years. We deeply value our partnership with Kia which has helped the AO to grow and evolve into the globally recognized sport and entertainment event it is today. It’s also wonderful to see this year’s fleet include 10 all-electric vehicles, in keeping with Kia’s reputation as a contemporary, innovative and responsible company.”

The 2023 Kia fleet will keep players, officials, and VIPs moving safely around Melbourne throughout January. It includes more electric vehicles than ever before, demonstrating Kia’s commitment to sustainability and to becoming carbon neutral by 2045. Damien Meredith, Kia Australia Chief Operating Officer, said:

“It’s been a pleasure to be involved in our own backyard with a world-class spectacle like the Australian Open for such a long period of time. Both brands have grown and evolved over the course of the partnership and have shared synergies focusing on innovation, technology and sustainability. We’re very proud of our partnership and excited at the prospect of collectively reaching new heights over the next 5 years.” 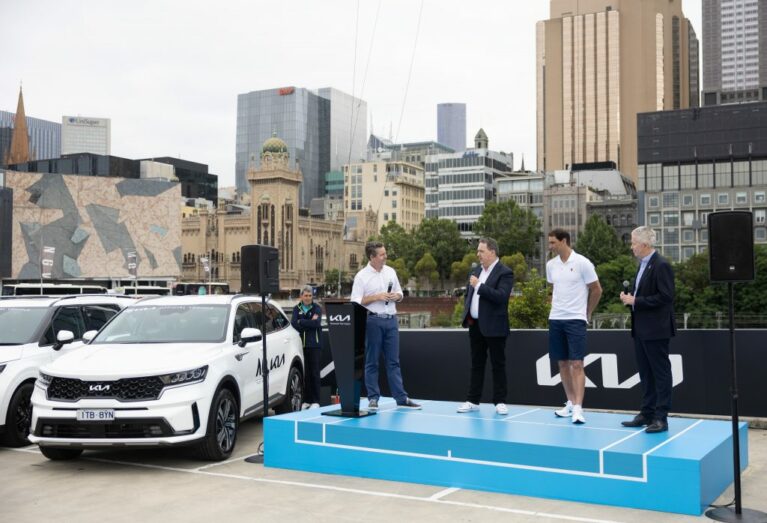 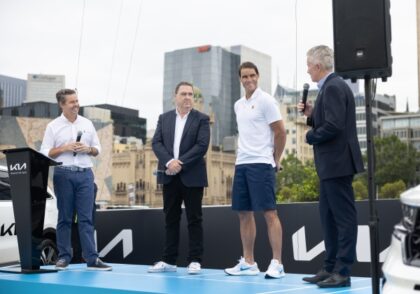 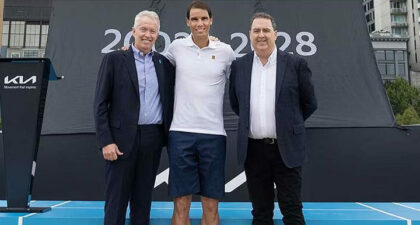 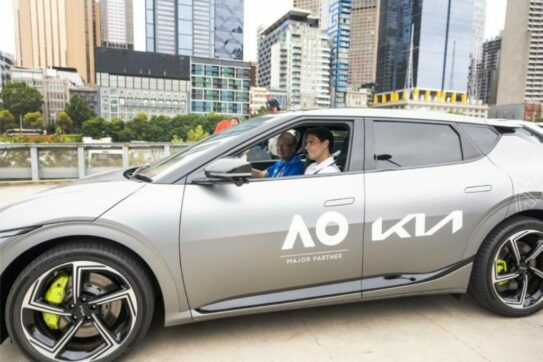 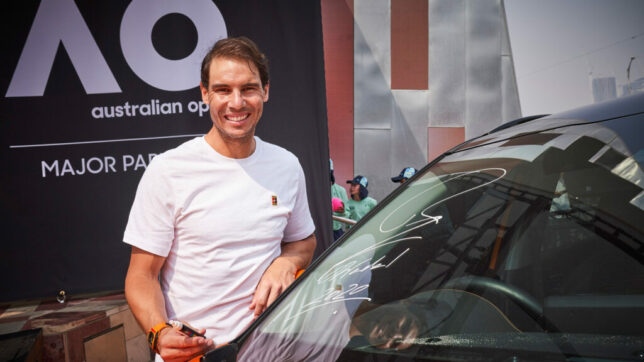