CarFirst to Shutdown Operations in Pakistan

CarFirst has become the latest startup in Pakistan to announce shutdown of its operations across the country. Known as the digital marketplace for selling cars, CarFirst made an official announcement via its LinkedIn page earlier today. According to the notice:

“CarFirst has decided to shut down operations in Pakistan. We would like to thank our team, partners and most importantly our customers for their continued support throughout our journey.”

The company which had nearly 400 employees, said that a team will remain in place to handle closing of the entity, and to respond to queries from partners and customers throughout the closing period. 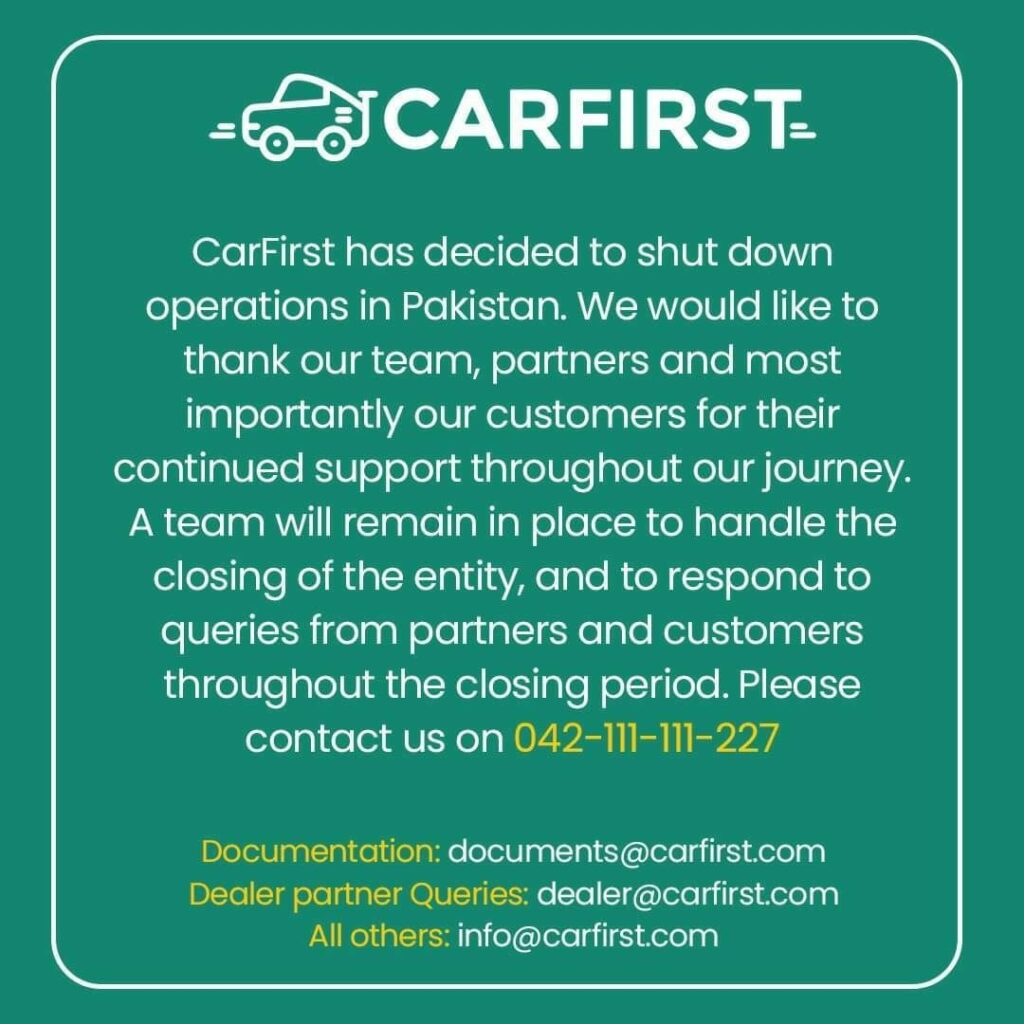 Launched in 2016, CarFirst acted as a middleman, buying cars from consumers and selling them to dealers through online auctions. The online platform provided car sellers a process to get their cars inspected and sold at a price within an hour, including the processing time for payment. CarFirst’s online auction platform for used cars also offered its App, which provided partners and network of buyers a quick way to find the car they needed.

The shutdown comes amid a rising trend of struggle for some companies in Pakistan with several startups and established businesses announcing either trimming down staff or completely shutting down operations. Earlier in June, hardly over 8 months after it announced raising $50 million funding, VavaCars – backed by Dutch energy and commodity trading company Vitol – announced to wrap up operations in Pakistan. 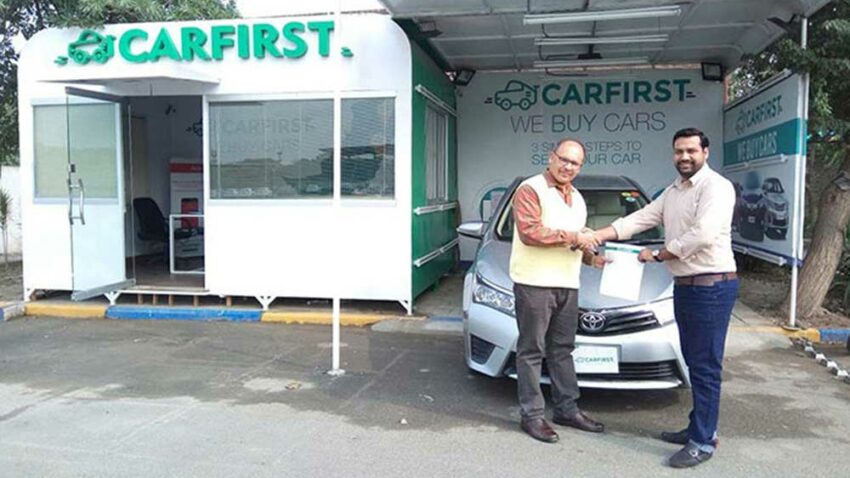 Careem also suspended its food delivery business in Pakistan, as it looked to redirect efforts to its ride-hailing and delivery. Another startup Truck It In, established in August 2020 to make freight movement more efficient by connecting truckers and shippers through its online platform, said it is “recalibrating its strategy” due to which some employees “will be moving on to solve other challenges”.

In July, Airlift Technologies, the posterchild of Pakistan’s startup scene that boasted country’s largest single private funding round in history, announced to permanently shut down operations.