Chinese automaker GAC Auto unveiled its futuristic and highly anticipated hybrid SUV called the EMKOO earlier this year. Now GAC EMKOO SUV has been officially launched in China with prices ranging between 132,000 yuan to 172,000 yuan ($19,450 to $25,350 USD) and is positioned under the Trumpchi sub-brand.

The EMKOO sits on GPMA (GAC Global Platform Modular Architecture) modular platform, self developed by GAC (Guangzhou Automobile Group Co., Ltd) and measures 4,680/1,901/1,670 mm with a wheelbase of 2,750 mm. In terms of styling, it is a radical departure from all previous models produced by GAC. According to the automaker, the EMKOO is a “glimpse into the future”. GAC calls the design as “Hi-tech Industrial Aesthetics” and it certainly looks like a classic example of industrial designs blending into the modern automotive styling. 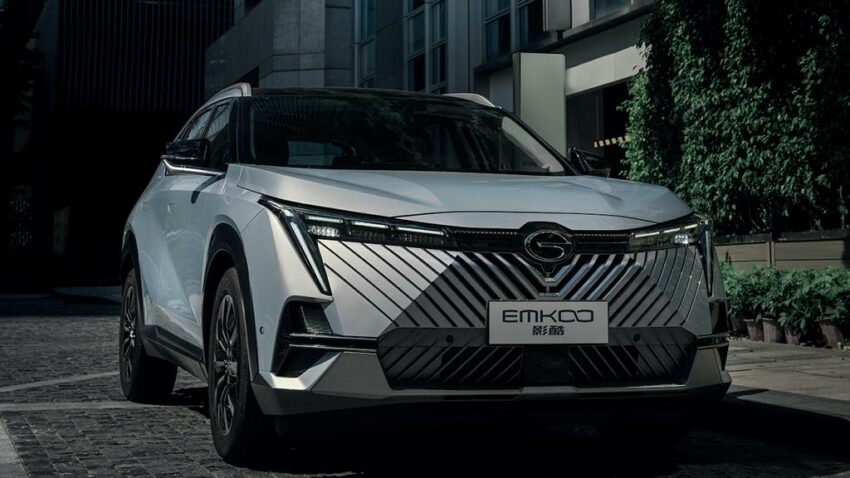 The vivid interior sports a D-shaped three-spoke multi-function steering wheel, a floating touch-screen and a diamond-shaped gear selector. Worth mentioning is that the EMKOO hasn’t got door handles, instead it gets switches to open & close the doors. The entry-level Trumpchi EMKOO has a 7-inch instrument panel & 6 speakers while the higher variant gets a bigger screen measuring 10.25-inch and has 8 speakers. 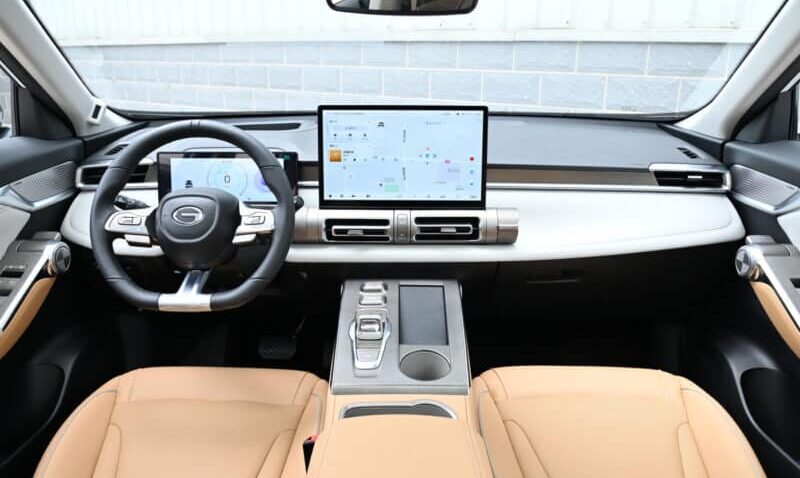 An ADiGO 5.0 system powers the EMKOO’s super-sensing interactive smart cockpit & intelligent driving system while the hardware comprises of 8155 Qualcomm’s chip. Plus there are Yamaha speakers for a decent sound system, with additional speakers mounted in the front seat headrests to give an extra dimension of sound. The tech also consists of 3 solid-state Lidar units, 12 HD cameras, 6 millimeter wave radars, and 12 ultrasonic radars. 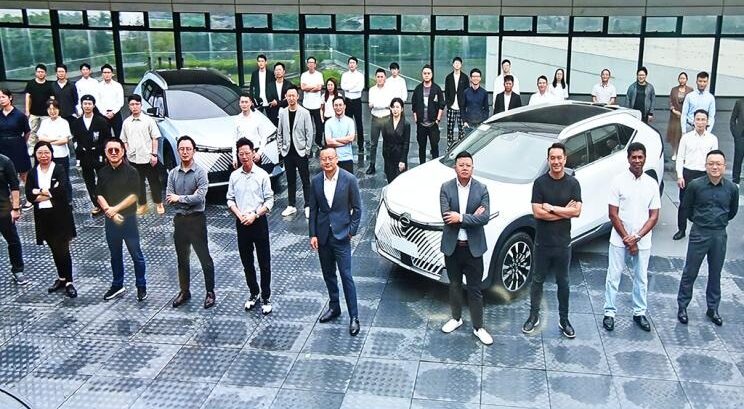 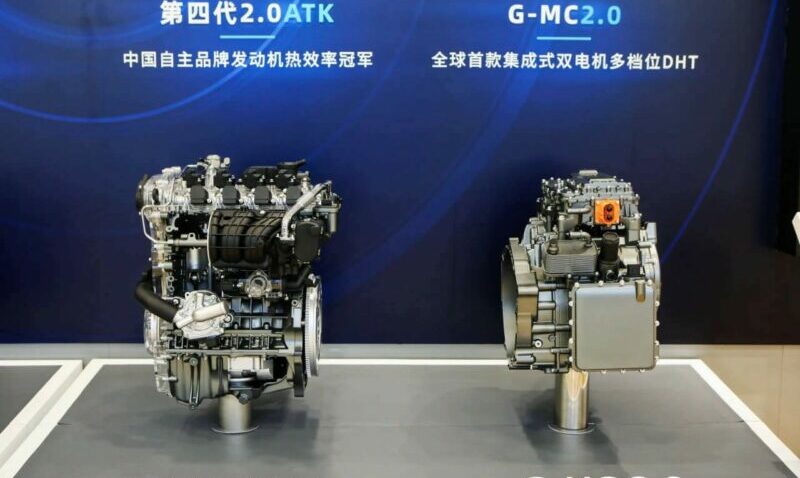 The range topping variant has G-MC 2.0 hybrid system jointly developed by GAC and Toyota. Keep in mind GAC is one of the joint venture partners of Toyota in China and a lot of Trumphi cars already have the Toyota hybrid system installed in them. The system in EMKOO consists of a 2.0L naturally aspirated AB20L1 engine for 140 hp and 180 Nm which works with an electric motor and 2DHT. With this setup, the combined system output reaches 238 hp. The fuel consumption of this variant is rated at 4.76 liters per 100 km (21.0 km/l).

Exports of GAC EMKOO are likely to commence from 2023 however it is yet unknown in which markets the hybrid SUV is going to be introduced.