Rising Auto has unveiled the R7 EV at the Guangdong-Hong Kong-Macao Auto Show in China. The latest coupe SUV will go on sale in Chinese market during the second half of this year.

Rising Auto is a sub-brand under SAIC umbrella, widely known by its Chinese name ‘Feifan‘ (飞凡). The company focuses on EVs with prices between 200,000-400,000 RMB (PKR 59.5 lac to PKR 119.0 lac) and currently has two models in the lineup including the Marvel R electric SUV and the ER6 electric sedan. R7 which is a D-segment coupe SUV is the third vehicle in Rising Auto’s lineup. 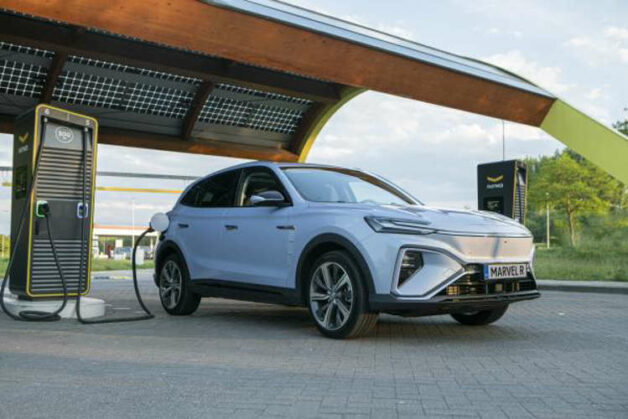 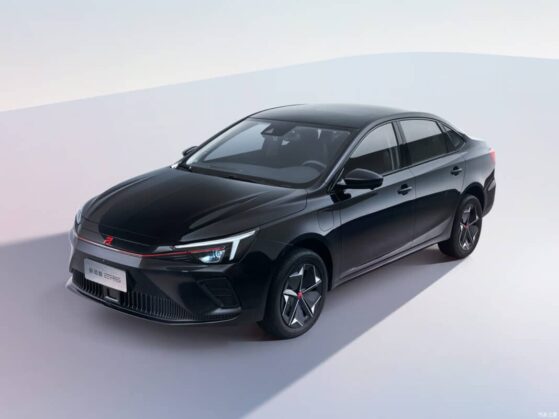 Marvel R and the ER6 EV

The R7 also has a swappable ternary (NMC) battery on board with 600 km driving range. According to Rising Auto, the battery can be swapped in just 2.5 minutes at the swapping stations, of which the brand is currently building a network in China. In addition, there are versions without swappable batteries as well. 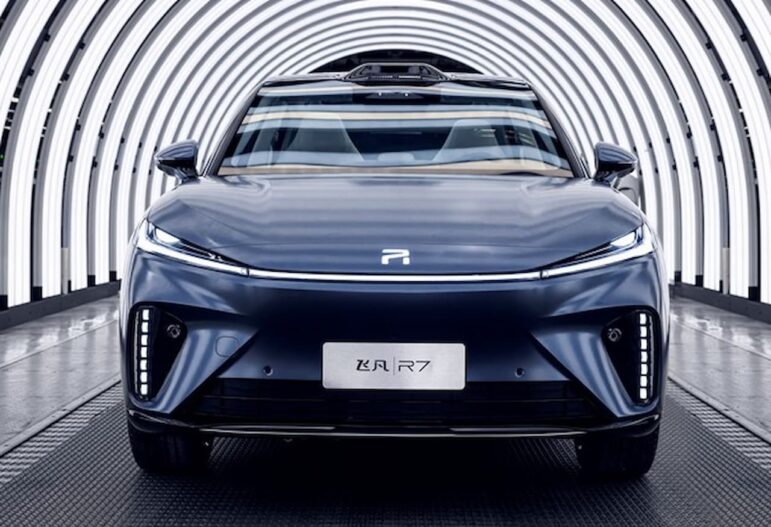 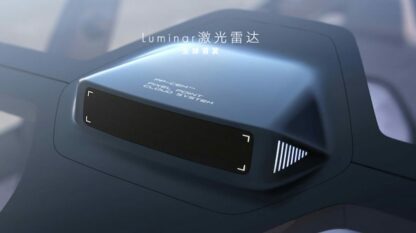 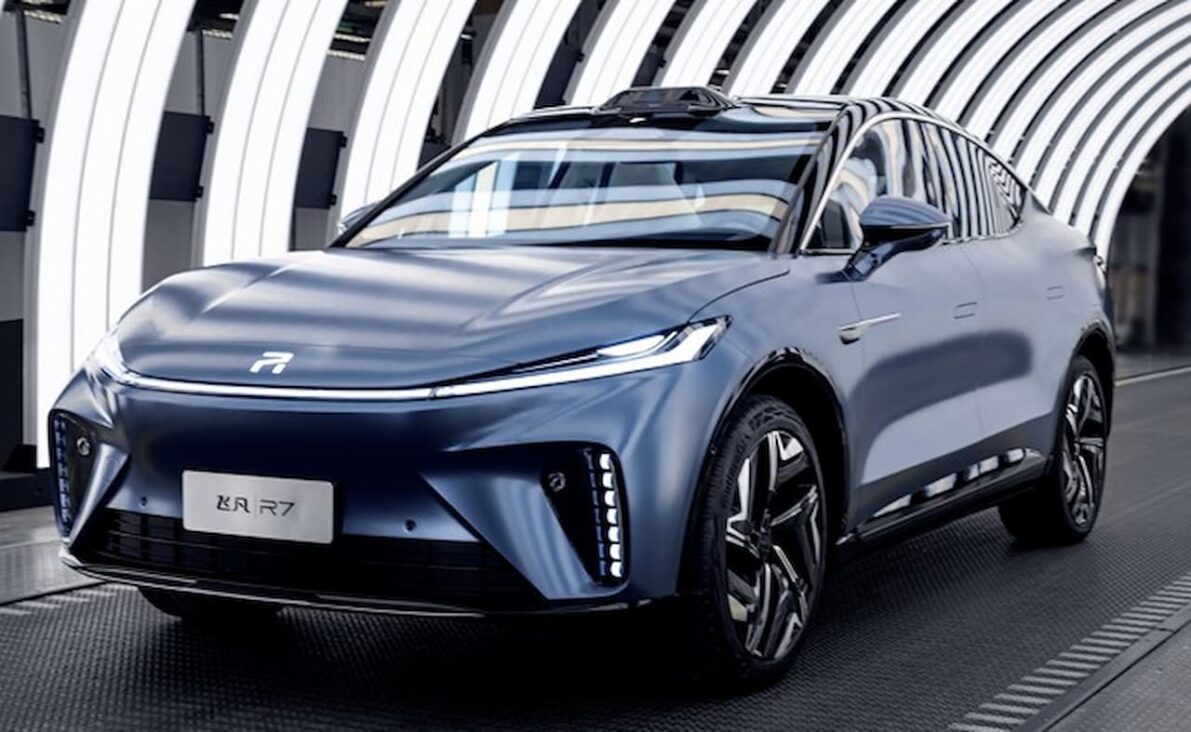 It boasts an aerodynamic shape, flush door handles, and sharp full-width LED light bar. Headlamps are vertically positioned in the bumper and have a laser light function with active beams that reduce glare on the oncoming traffic. The Rising Auto R7’s drag coefficient is just 0.238 Cd which is even better than that of Audi e-tron’s drag coefficient which is 0.28 Cd. R7 also features aero-optimized wheels, and an LED light bar at the rear that accentuates the car’s width. 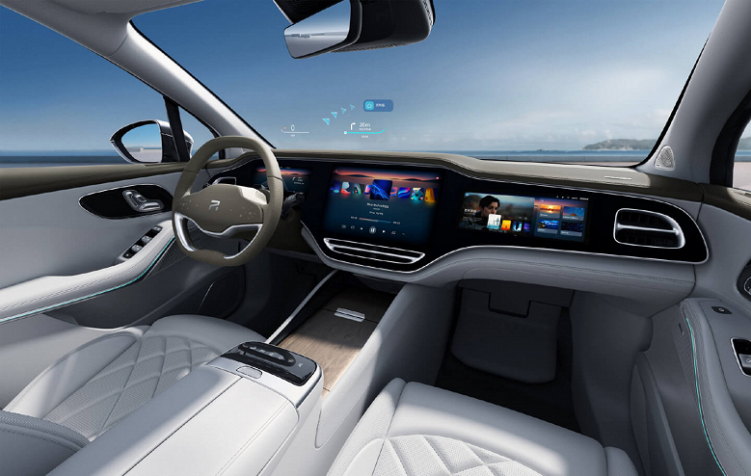 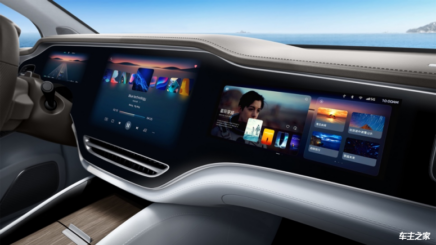 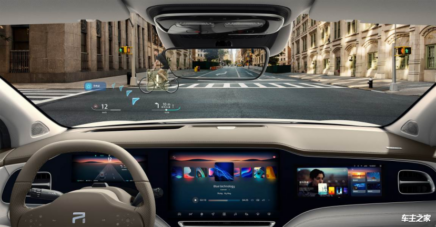 Inside, the front panel gets a 43-inch gigantic display, consisting of three sections, offering a 15-inch large screen infotainment system, a digital instrument cluster and a separate display for the front passenger. In addition, a 70-inch Huawei AR head-up display on the windshield is also provided. The Rising Auto R7 has 33 sensors on board, including an optional LIDAR from Luminar Technologies (LAZR) to ensure accurate and stable operation of the autopilot system while boasting 500-meter detection distance capabilities & supports 4D imaging.

Official prices are yet to be disclosed while the R7 when launched will compete against the likes of the NIO EC6 and Tesla Model Y in the Chinese market. SAIC has already introduced the Marval R electric SUV under the MG brand in various markets, so to see the Rising Auto R7 reaching global markets under any of SAIC’s brands won’t be an exception. 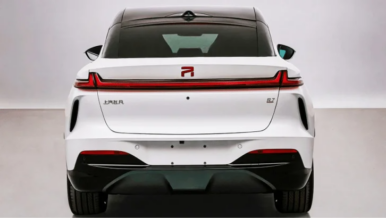 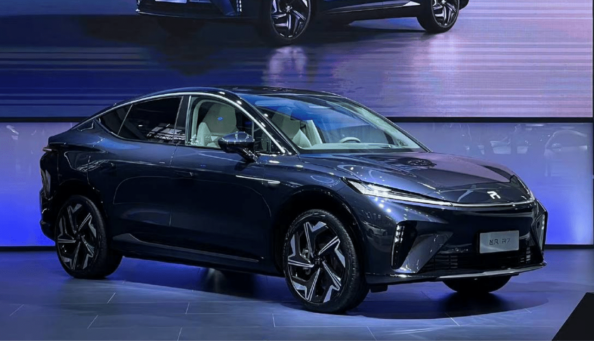 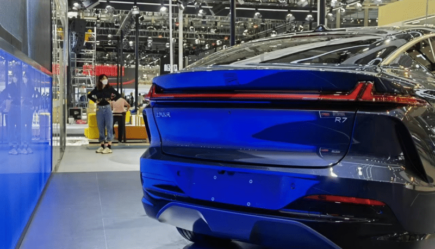