Chinese automaker GAC Auto has unveiled its futuristic and highly anticipated hybrid SUV called the EMKOO which will be slotted under the company’s Trumpchi sub-brand umbrella.

A radical departure from all previous models by GAC, the EMKOO according to the company is a “glimpse into the future”. GAC calls the design as “Hi-tech Industrial Aesthetics” and it certainly looks like a classic example of industrial designs blending into the modern automotive styling. 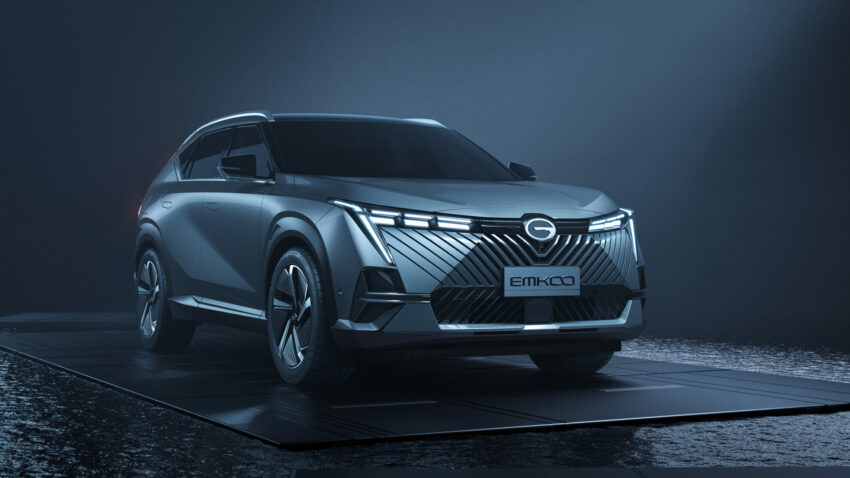 With a heavy use of sharp edges and creases that appears to have been designed entirely with a ruler accompanied by geometric patterns up front and precise light units at the rear give the car a very distinctive and futuristic look. The fascia boasts chevron pattern grille and angular, matrix-style headlamp units that light up in sequence on start-up, which GAC calls as “Eyes of Revelation”. 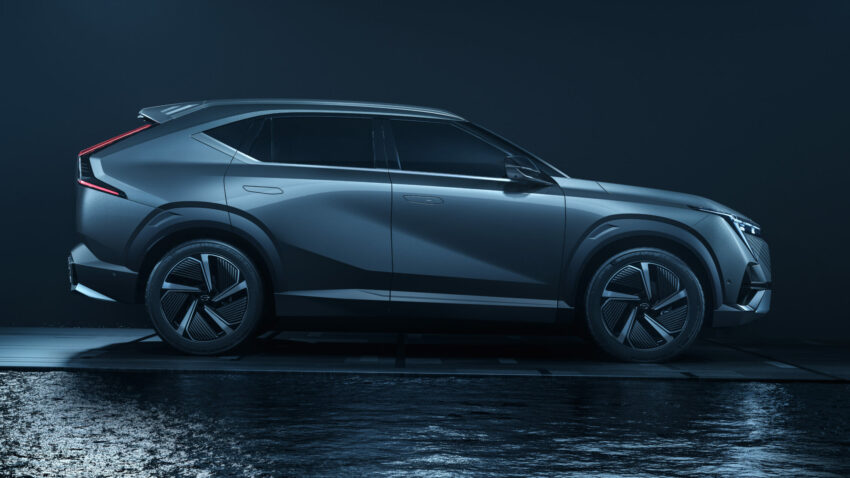 The angular appearance continues towards the side with a strong shoulder line and twin diagonal creases. These connect to other details on the car giving the GAC EMKOO a cohesive yet aggressive stance. Black A-pillars give a wraparound windscreen effect, while irregular-shaped plastic cladding around the arches enhances the rugged feel. There are flush door handles that activate with a simple touch and aerodynamic alloy wheels to help improve efficiency. 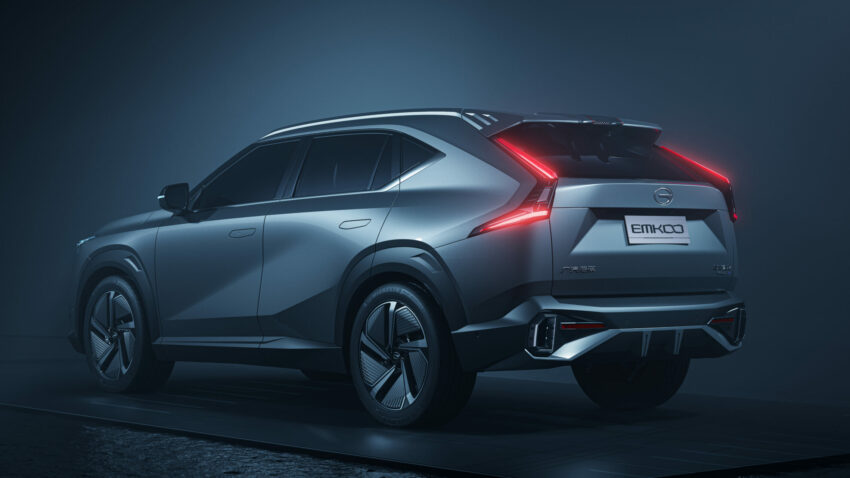 At the back, there are vertical tail lights that run up the back window and diagonally down into the flanks. Across the top, a large metallic spoiler is split in the center by an intricate high-level brake light. A deep cavity for the number plate sits underneath the GAC logo, while at the bottom, a dual-tone bumper house twin exhausts on either side of a diffuser element. 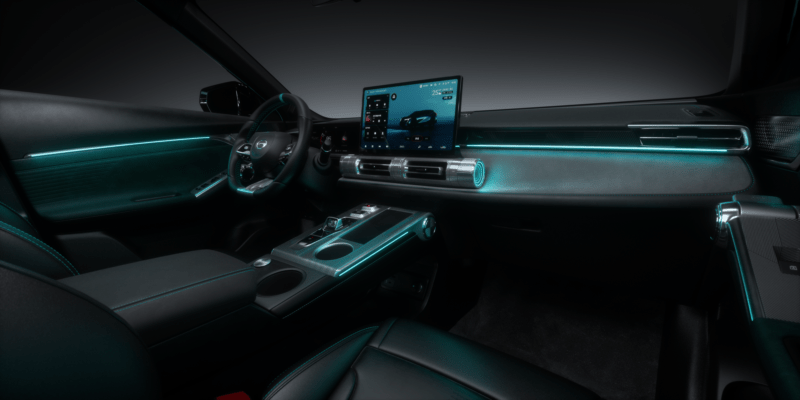 Inside, the GAC EMKOO gives off a sci-fi vibe with predominantly black and metal/silver features, accentuated by electric blue ambient lighting. GAC wants to highlight the metal tube housing the air vents under the display screen, which they claim takes inspiration from traditional Chinese scrolls. There is a large central screen on the dashboard while the driver also gets a digital display. There are Yamaha speakers for a decent sound system, with additional speakers mounted in the front seat headrests to give an extra dimension of sound.

In line with GAC’s ambition to have 60% of their sales being hybrid models by 2030, the EMKOO will feature the second generation Mega Wave Hybrid System, complete with a 2.0L high-efficiency Atkinson-cycle engine offering limited full-electric running. The hybrid system was supplied by Toyota and is also used on GAC-Toyota cars. Keep in mind GAC operates a joint venture with Toyota in China, however the 2.0L engine is self-developed by GAC. 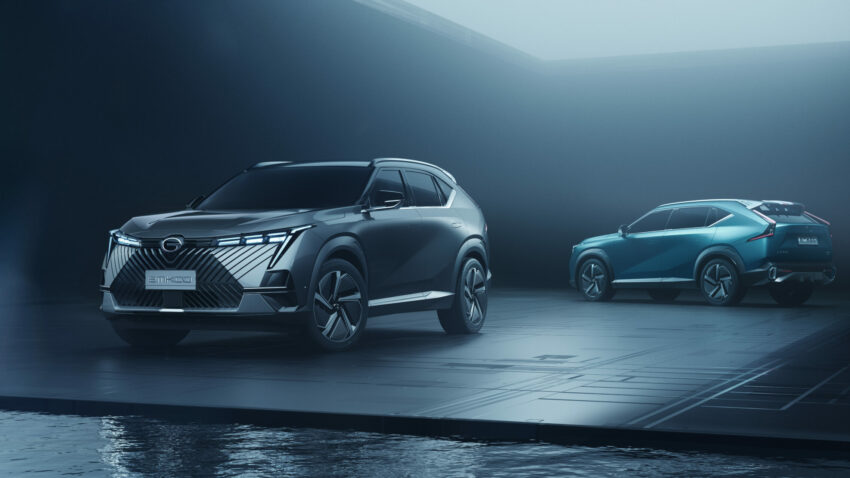 The engine boasts maximum thermal efficiency of 42.1% and uses a 350bar high-pressure direct injection system, among other technologies, while achieving an economy of up to 5.3-litres per 100 km (18.87 km/l). In addition to the hybrid, Mega Wave 1.5L and 2.0L TGDI petrol engines are on offer, paired to an E-CVT automatic gearbox.

In terms of tech, the EMKOO will come with 3 solid-state Lidar units, 12 HD cameras, 6 millimeter wave radars, and 12 ultrasonic radars. The EMKOO will also feature the ADiGO 4.0 super-sensing interactive smart cockpit, with Qualcomm 8155P car-grade chip. The GAC EMKOO will formally go on sale in Chinese market by October this year while exports will commence from 2023. 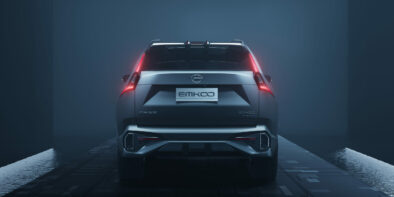 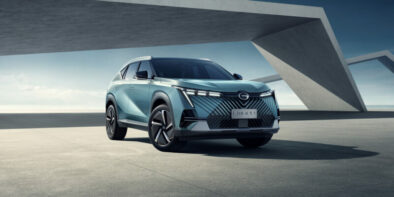 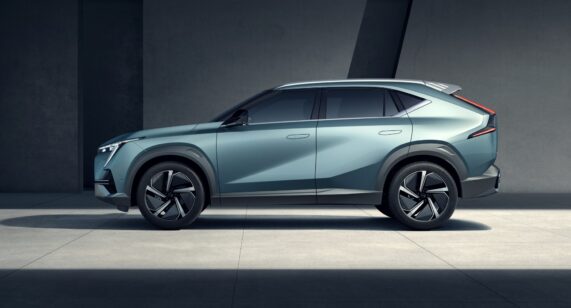 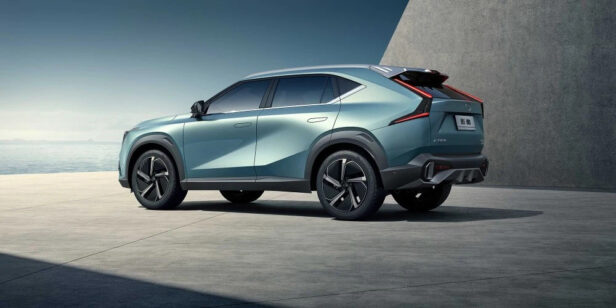 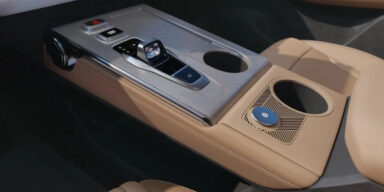 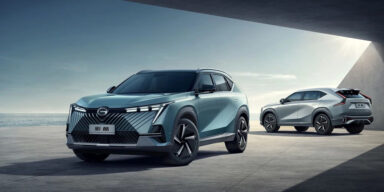 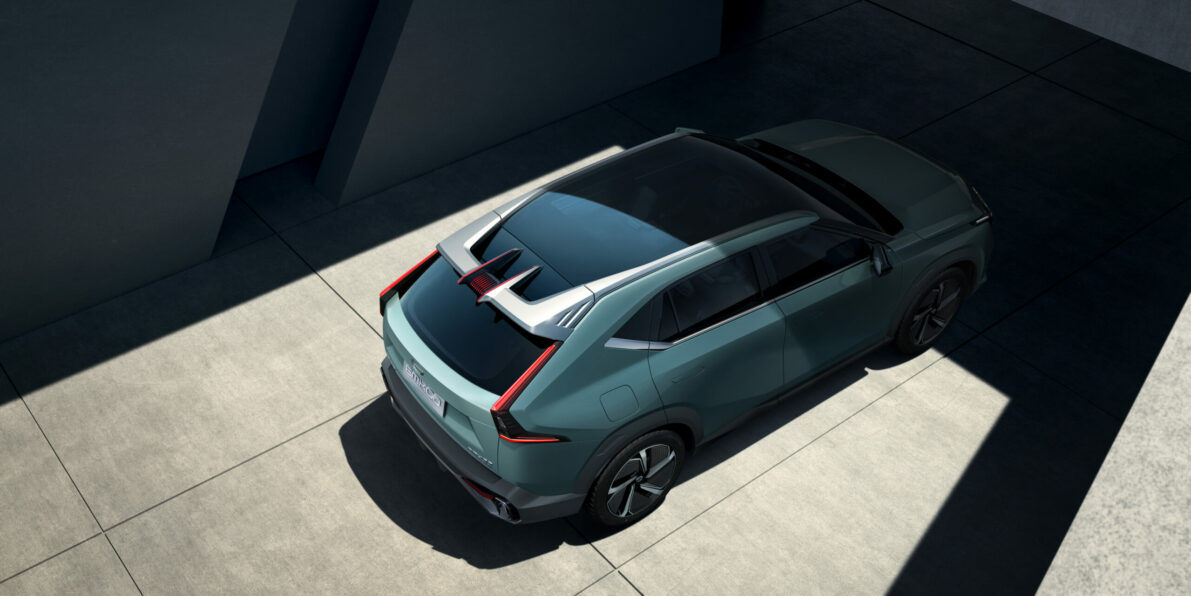