The CEO of Indus Motor Company (IMC) Ali Asghar Jamali has met Prime Minister Shahbaz Sharif at the Prime Minister’s Office in Islamabad on Monday. The Japanese Ambassador to Pakistan Mitsuhiro Wada was also present in the meeting.

Appreciating Toyota’s investment in Pakistan since 1989, the Prime Minister underscored the importance of localization, incentivizing new products and promotion of new technologies, such as introduction of Hybrid and Electric Vehicles at an early date. While highlighting the government’s business friendly policies, the prime minister urged the Japanese side to avail itself of such opportunities and to enhance its investment in Pakistan. 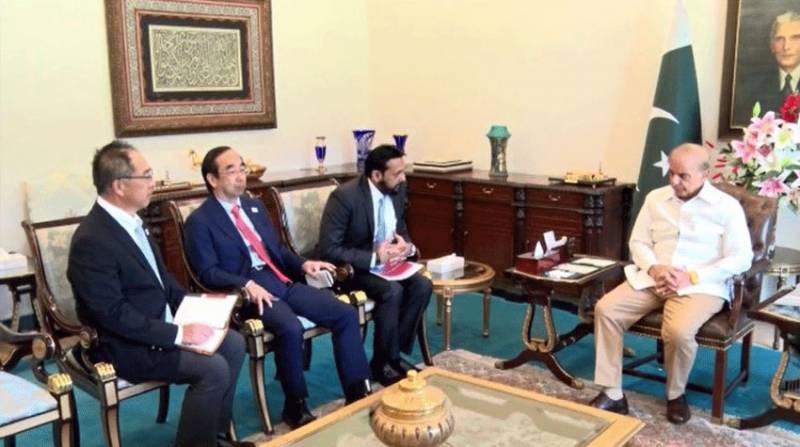 Shahbaz Sharif constituted a Special Committee to resolve the issues faced by Japanese companies in Pakistan on a priority basis, which was aimed at removing hurdles and impediments in the way of attracting the Foreign Direct Investment (FDI) in Pakistan.

The PM while receiving a delegation of other leading Japanese companies, also renewed his government’s firm commitment to further enhance bilateral cooperation with Japan, especially in the fields of trade and investment, telecommunication, food, infrastructure and other sectors.