China, the world’s biggest vehicle market, is considering a ban on the production and sale of fossil fuel cars in a major boost to the production of electric vehicles in order to reduce pollution.

The move would follow similar plans announced by Germany, France and Britain to ban the sale of petrol and diesel cars and vans in order to clamp down on harmful emissions.

China’s vice industry and IT minister said at an auto industry event in Tianjin:

“Some countries have made a timeline for when to stop the production and sales of traditional fuel cars. The ministry has also started relevant research and will make such a timeline with relevant departments. Those measures will certainly bring profound changes for our car industry’s development.”

To combat air pollution and close a competitive gap between its domestic automakers and global giants, China has set goals for full electric (EV) and plug-in hybrid (PHEV) cars to make up at least 20% of auto sales by 2025.

China produced and sold more than 28 million vehicles last year, according to the International Organization of Motor Vehicle Manufacturers. The sales of new energy vehicles topped 507,000 in China in 2016, over 50% more than the previous year, according to national industry figures. China now has the largest number of EVs on the road, overtaking for the first time, the number of EVs in the United States. 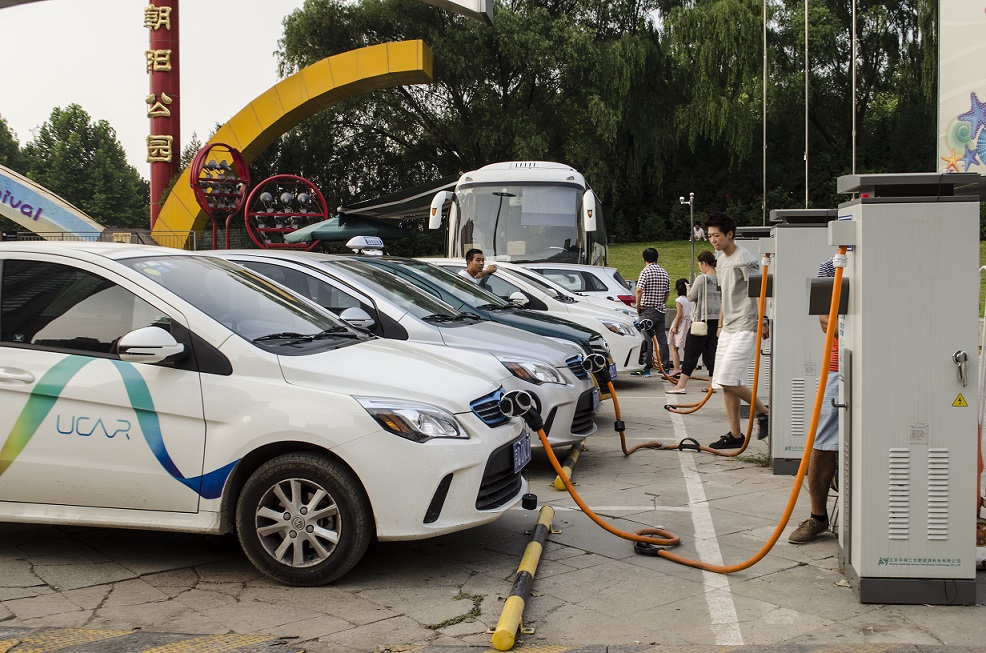 Reuters reported that China was likely to delay implementing tough sales quotas for electric plug-in vehicles, giving automakers more time to prepare. Under the latest proposals, 8% of sales would have to be EVs or PHEVs by next year, rising to 10% in 2019 and 12% in 2020, but the rules would not be enforced until 2019, a year later than originally planned.

China’s People’s Daily reports that a total of 167,000 charging piles have now been connected to the telematics platform of the State Grid Corporation of China (SGCC), making it the world’s largest electric vehicle (EV) charging network. By linking with 17 charging station operators, the SGCC now offers more than one million kWh of power each day.