Pakistan’s overall import bill has increased by 49.1% to $58.87 billion during the first 9 months of FY22 against $39.48 billion in the corresponding period of previous year. The import of the transport sector witnessed a 67.5% surge to $3.36 billion during the corresponding period against $2.01 billion over the same period last year, mainly led by massive imports of CBUs/ CKDs/SKDs.

According to the data released by the Pakistan Bureau of Statistics (PBS), the country’s import bill for completely and semi-knocked down (CKD/SKD) kits for cars imported by local assemblers was $1.6 billion compared to $818 million in the corresponding period of previous year, registering an astronomical 96.6% increase. Import bill of CKD/SKD increased to $177 million in February 2022 alone, from $152 million in February 2021.

Automobile sector’s output accounts for 3% of the country’s GDP as it employs 500,000 people directly and 2.4 million indirectly, however the auto industry’s monitoring committee has expressed concerns about the sector’s lack of localization which is resulting in more frequent & substantial price hikes by various local assemblers during the last few months. 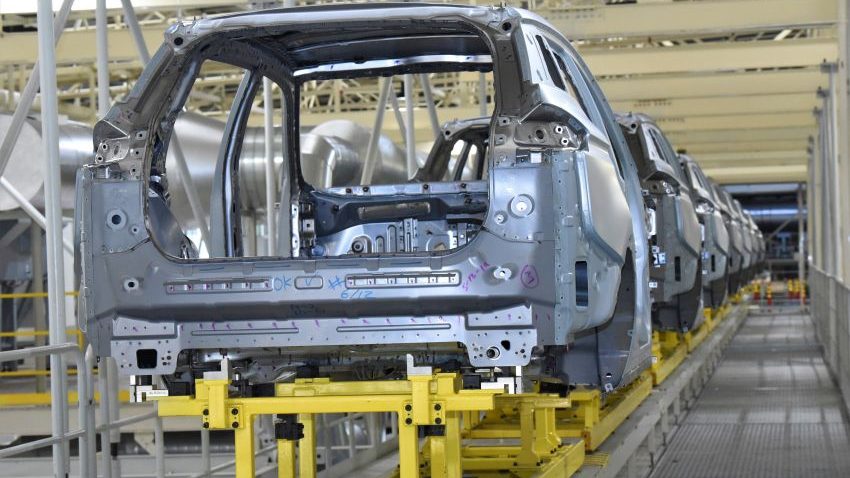 According to Engineer Asim Ayaz, secretary of Auto Industry Development Committee (AIDC), that the dramatic hike in car prices is due to main cost-pushing factors such as high freight charges, expensive raw materials and adverse rupee-dollar parity. He said:

“Despite being an old industry, the sector has yet to achieve the targeted level of localization as assemblers import two-thirds of the auto parts for vehicles assembled in Pakistan.”

Honda, Toyota, and Suzuki have had footprints in Pakistan for a long time. They have carried out some local value addition by substituting the imported auxiliary parts with the local ones & claim to have achieved up to 65% localization, yet the prices are too vulnerable on forex fluctuations. However, new entrants have begun rolling out vehicles from their assembly lines with only 5% locally-made parts, which is insufficient to ease the pressure on imports.