Turbocharged engines with smaller displacements are becoming a norm today as automakers find it lucrative to offer these smaller yet efficient engines instead of bigger naturally aspirated ones as they pack more power and consume less fuel. With modern & sophisticated technology at their disposal, automakers are even bringing back the 3-cylinder engines with turbo, that too in rather bigger CUVs which no one would have imagined a few years ago.

However way back in the 1980s, the Daihatsu Charade was one of the first cars to offer a 3-cylinder turbo package in our market and considering that era, it was indeed well ahead of its times and was known as a pocket-rocket due to its surprisingly superior performance which could even put bigger names to shame.

Charade was well ahead of times for a number of reasons, despite the fact that Daihatsu was a relatively smaller & not-so-old automaker at that time. The first generation G10 model which debuted in late 70s was touted as “The Car Created By Computer” since it was among the very first cars to be developed using CAD (Computer Aided Design) & was front-wheel driven, in an era when established names were still developing rear-wheel drive cars using clay modeling techniques. However the Charade Turbo started to appear from G11 series in 1983/84, the second generation model to be exact. 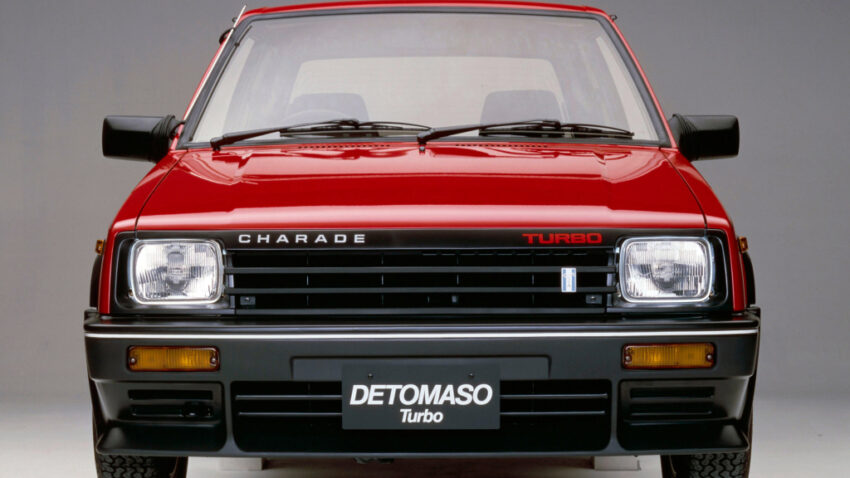 In the standard Charade models, the basic three-cylinder engine produced modest power outputs of 48 hp and 71 Nm torque but the turbo upped the wick to 91 hp and 105 Nm. The Charade turbo weighed jut 720 kg giving it a very competitive power-to-weight ratio. And with a strengthened cylinder head, turbocharger, stronger pistons, tougher crankshaft, oil cooler and a larger radiator, it could achieve a 0-100 km/h sprint time of just under 10 seconds with a max speed of nearly 160km/h, thanks to shortened gear ratios but the final drive was lengthened to help achieve its maximum speed at 5,000 rpm.

Unlike modern turbocharged powerplants with ECUs, the Charade in the 80s had a twin-choke carburetor and contact breaker ignition. Though on a flip side, only skillful mechanics were able to work on the tuning & maintenance of the Charade turbo. The interior was largely similar to regular Charade models apart from minor differences such as the steering wheel and a green light (with TURBO written) in the instrument cluster which would lit up when the turbo was engaged. The G11 Charade was succeeded by G100 series that came with a 1.0 liter 3-cylinder engine, a 1.0L turbo diesel, and a 1.0 liter twin-cam turbo (CB70/80), named GTti which delivered 101hp was one of the fastest road cars of its time. It was also the first production car to produce 100bhp per liter and was also the fastest 1 liter production car made. Daihatsu Charade also had a fairly successful rally career competing in the RAC Lombard Rally in 1989 and 1990 and was highly competitive in the Safari Rally. The GTti won class honors many times and was able to mix it with some of the 2 liter cars on occasion & even troubling some of the 4wd cars!

A number of Charade versions such as the De Tomaso Turbo, GTti, GTxx etc were popular in our market alongside the regular versions. And they came appearing in form of used refurbished vehicles many years after they got discontinued back in the home market of Japan. Interestingly the use of word De Tomaso with Charade Turbo has got a history too. De Tomaso was actually a small Italian automaker which bought Innocenti, another Italian maker of compact cars. During the late 70s De Tomaso lacked the funds to develop a new small displacement engine and after searching for a suitable supplier, it ended up partnering with Daihatsu, which provided the 1.0L turbo 3-cylinder engines for Innocenti. The collaboration of the two automakers gave birth to Charade De Tomaso.

Alejandro De Tomaso is said to have designed the body kit himself, which featured an integrated front spoiler, side skirts, and dual tailpipe. Notably, its side protection molding was substantial, and the exclusive rear spoiler surrounded most of the hatch and C-pillars. Though the hero color was the two-tone red and black, a gray-on-black version was also offered. Plus a special edition De Tomaso Bianca version was also sold, limited to 600 produced in a dual-tone white-on-gray. 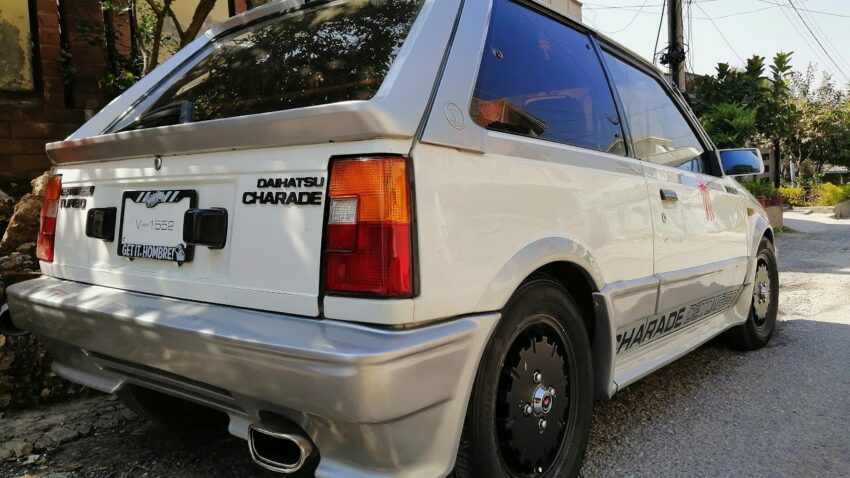 At the time of its release, Alessandro De Tomaso also wrote a letter addressing buyers of the Charade that bore his name. It reads:

I began working on full-fledged car making since the late 1950s. Based on valuable experiences gained as a racing driver until then, it has inflated a big dream to create ingenious vehicles. In my opinion the car I aimed for was “Grand Turismo”. A car with remarkable acceleration performance, fast, safe, yet with outstanding road holding ability, and styling that reflects my image. It has become my creation philosophy without changing even now.

When I first saw the Charade, I received a strong impression that it is a car that is very compact. However, it seemed that it would be fine if enthusiast elements were added. Charade De Tomaso Turbo somewhat confidently delivers a car that could fully embody my thoughts.

I am convinced that this car born out of Japan’s high automotive engineering technology and Italian industrial design will surely satisfy all Japanese users, especially car enthusiasts and young people. 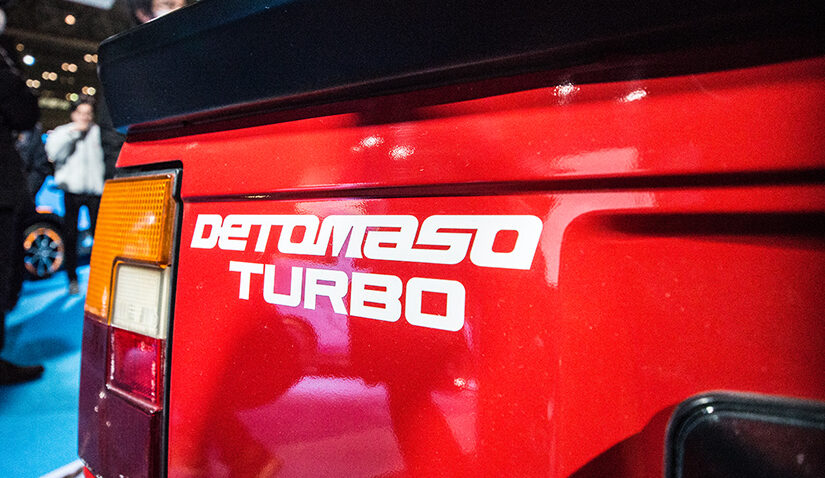 While Charade was generally known as a common hatchback for the masses, its performance versions fulfilled the dreams of the young bloods of that era. Finding a Charade Turbo in good working condition today might be a very tough ask, since the car is now more than 35 years old. However if it still exist in good condition, it will indeed be a fun-to-drive machine, even today. Got an experience of Charade Turbo? Feel free to share with us. 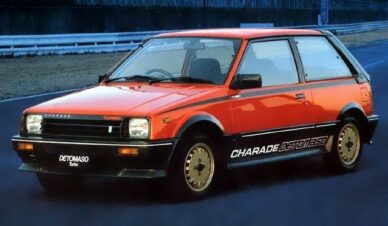 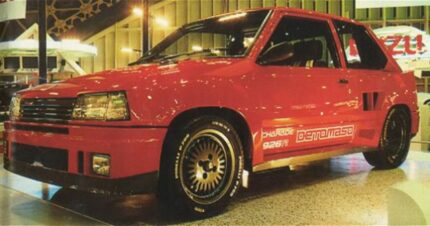 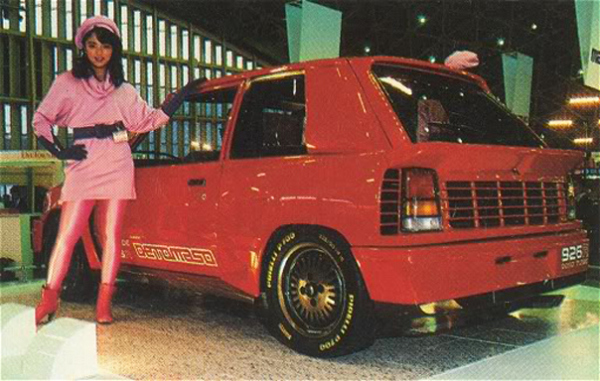