A car crash which occurred in Malaysia last Friday saw the driver of the vehicle lose his life after being thrown from the car he was driving. The driver was either insufficiently fastened, or did not have his seat belt fastened in the first place.

The image, which has been circulated on the Internet, shows a decoy clip inserted into the seat belt clasp instead of a fastened belt. These clips have been known to be purchased by users who want to drive without the seat belt warning chime blaring at them. 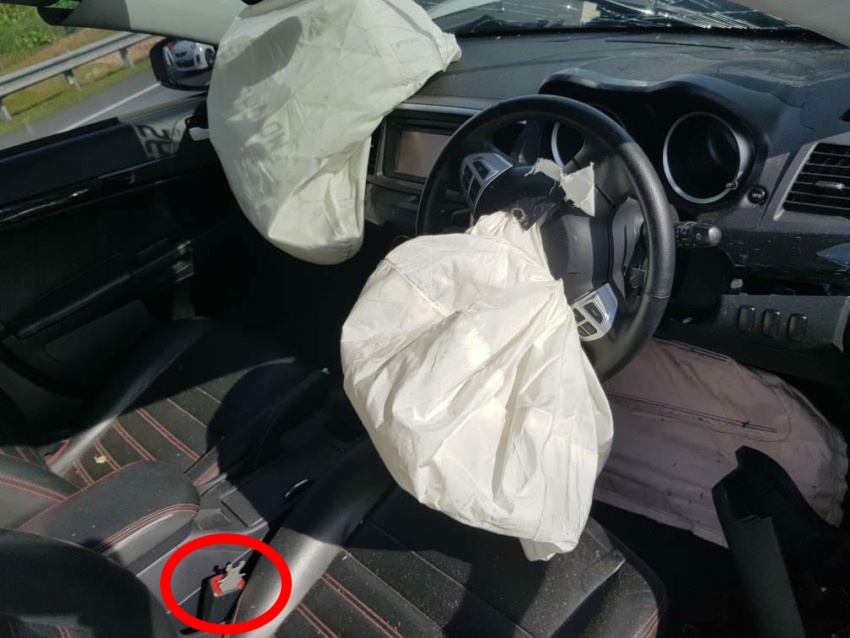 Based on initial investigations, the accident is believed to have occurred when the Mitsubishi Lancer driven by the victim, skidded to the left side of the road and hit the metal road divider. The accident caused the victim to be thrown from his vehicle.

There’s no need to mention this, but do you really need such an incident to remind you of the importance of fastening your seat belt? It’s the most basic safety item that you can have, and other features like airbags simply won’t save your life if you don’t even take a couple of seconds to buckle up before you set off.