There is a tug of war going on between two ministries ever since Prime Minister Imran Khan last year instructed to develop an Electric Vehicle (EV) policy.

Ministry of Climate Change (MoCC) spearheaded by Advisor to PM on Climate Change Malik Amin Aslam, was swiftly working on formulating country’s first-ever electric vehicle (EV) policy however from day 1 it faced resistance from the Ministry of Industries and Production (MoIP) and its connected department the Engineering Development Board (EDB). 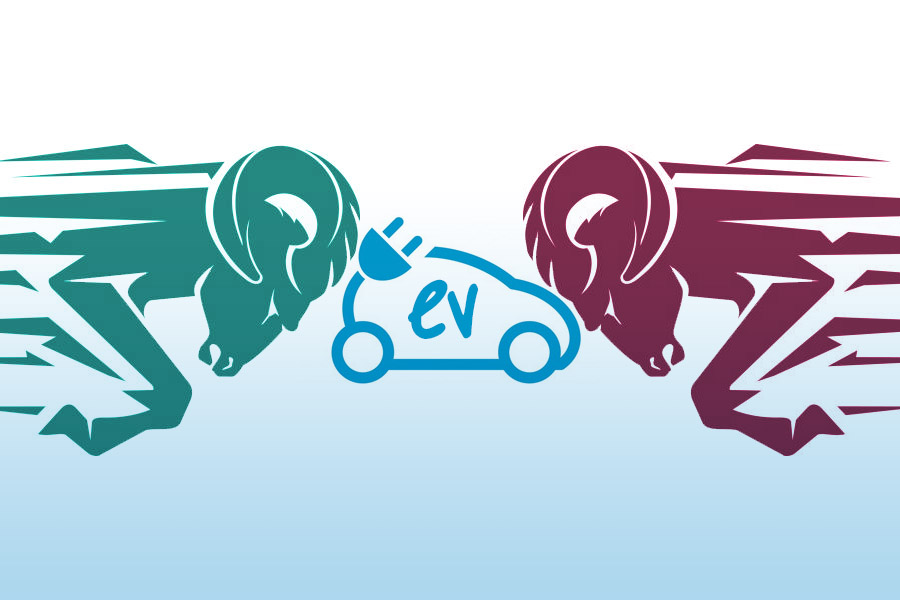 In September 2019, MoIP also asked MoCC not to intervene in affairs of the auto sector, which came under the concern of the industries ministry. Furthermore there was some serious hindrance from local automobile industry, the representatives of which also met Advisor to PM on Climate Change and convinced him that their business will be affected due to introduction of electric vehicles in the country.

In the first week of November, the Federal Cabinet unanimously approved the EV Policy and indicated that the policy will be implemented in its full spirit by January 2020. However Local auto assemblers and their associated stakeholders showed serious concerns and termed the approval of the EV policy an “ad hoc decision”.

In November, PEVMA (Pakistan Electric Vehicles Manufacturers Association) was established to promote induction of electric vehicles in the country including Buses, Cars, Vans, Pickups, Auto Rickshaws and Scooters/Motorcycles. Press briefings were held in major cities to reveal the potential of EV technologies and its usefulness to people of Pakistan. Advisor to PM on Climate Change Malik Amin Aslam being the Chief Guest addressed the benefits of EV Policy to the media.

Last week however, the news surfaced that despite the EV policy getting approval from Federal Cabinet, the policy will now be redrafted and implemented by MoIP through its attached department EDB. Adviser to Prime Minister on Industries & Production, Commerce, Textile and Investment Abdul Razak Dawood said that the MoIP would be the only authority to deal with the policy. According to sources, he also expressed displeasure over the way the policy was approved by the cabinet because he was abroad when the meeting had taken place. As per this development the policy redraft will be prepared by the EBD to be shared within a month time frame.

Now addressing a press conference after the second inter-ministerial committee on EV policy, the adviser to PM on Climate Change Malik Amin Aslam refuted the news of EV policy being rejected by EDB & MoIP. He said there was no new policy to be drafted again by the ministry, rather the earlier draft approved by the federal cabinet would be revised with further amendments redressing the concerns of the representatives of Pakistan Automotive Manufacturers Association (PAMA) and Pakistan Association of Auto Parts and Accessories Manufacturers (PAAPAM). He said:

“Pakistan has become the second developing country in the world, after India, to introduce an electric vehicle (EV) policy in the region. We want to implement the policy approved by the federal cabinet owing to its huge benefits and increasing competition”

According to Amin Aslam, the policy has the vision to promote ‘Made in Pakistan’ EVs where indigenous production can be promoted to make the country an exporting hub of EVs in the region. He also mentioned that India during the last week had introduced another EV policy to further enhance its incentives for EVs to attract investors in the market.

“India is offering Rs15,000 cash for buying an electric bike, Rs30,000 for rickshaw and Rs150,000 for purchasing an electric car. EVs have many advantages and this policy would help create jobs, investment and business opportunities. There is a short window of two to three years for embracing electric vehicles and if the opportunity is missed then Pakistan will become an importer of electric vehicles which would be of no use.”

From the looks of it MoCC looks confident that the EV policy will be implemented in its full spirit, however on the other hand local auto assemblers and their stakeholders are eying on the policy redraft by EDB & MoIP which they believe will give them better room to play. What will be the government’s role on this EV policy tussle, we will have to wait to find out.