FAW in collaboration with a Spanish design firm has been developing a new crossover SUV, named as the T086 which will be sold under FAW’s Junpai sub brand in China. The spyshots of a camouflaged T086 were seen last year however now, couple of fully undisguised pictures have appeared which shows the exterior as well as the interior of the new SUV.

The design language of the T086 looks quite in line with the FAW D60 crossover. It carries FAW’s signature front grille with a bold chrome strip reaching both the headlights and a big FAW winged logo up front. The sporty bumper design and double five spoke rims add to the beauty of the vehicle. The all-black interior looks impressive with silver embellishments. 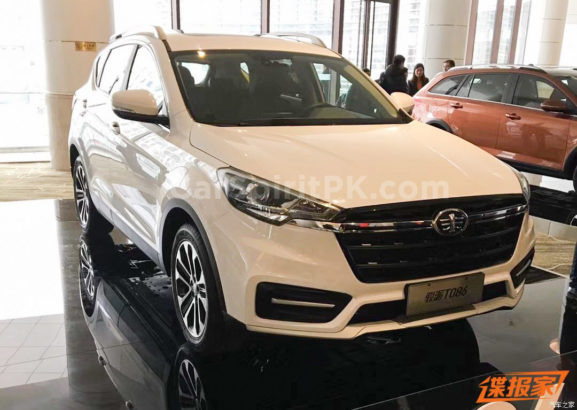 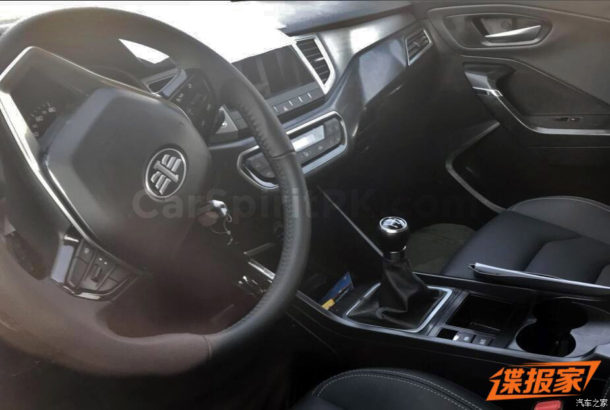 T086 will be equipped with a 1.2T turbocharged direct injection engine , with 143 horsepower and peak torque of 204 Nm. Reportedly the engine is mated to 5-speed manual and a 7-speed dual clutch gearbox.

The T086 will make its official debut at the 2018 Beijing Auto Show in April, while it will likely go on sale in China towards the third quarter of 2018. The T086 is yet another example of the high quality feature rich vehicles that FAW currently produces out there, however the product portfolio in Pakistan needs to match that for sure!