China’s state-owned automaker FAW Group has signed a deal with 16 banks for a credit line worth more than 1 trillion yuan ($145 billion). The banks in the agreement with FAW include China Development Bank, China Construction Bank, Bank of China and the Industrial and Commercial Bank of China.

If fully used, it would be enough to buy General Motors, Ford and Tesla combined.

The symbolic significance of FAW cannot be understated. It is the company behind China’s Red Flag limousines, the prestigious vehicles that used to ferry the country’s senior officials around and a source of huge national pride.

FAW’s credit line agreement was signed at an event in Jilin, with senior officials from China’s central bank, the National Development and Reform Commission and top Chinese policy bankers in attendance. 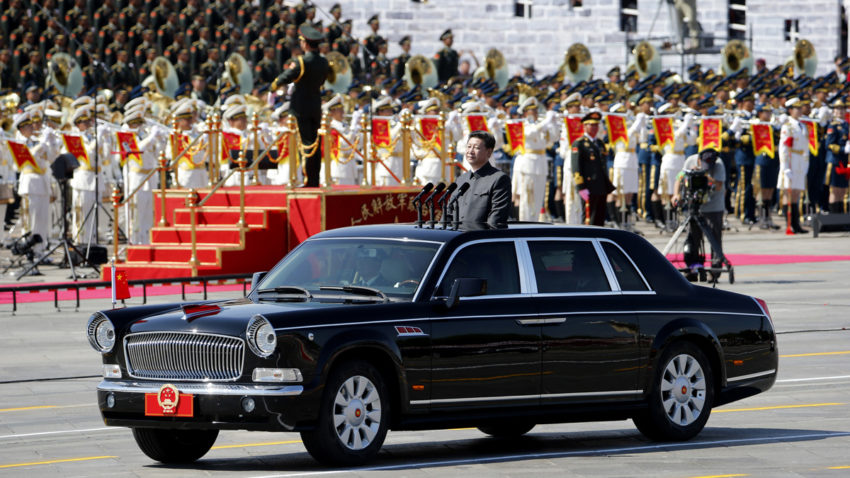 According to reports, the Chinese government has lined up a record credit line of 1.015 trillion yuan for the time-honored vehicle manufacturer, signaling an unprecedented level of financial support for state-owned enterprise. This amount would be enough to buy General Motors, Ford and Tesla combined. Wang Feng, chairman of Shanghai-based financial services firm Ye Lang Capital commented:

“One trillion yuan is a staggering amount of cash that can be used to do so many things, such as big buyout deals and investment into new areas such as electric cars. It’s the latest sign that state-backed businesses are still the priority. It is not unusual for the government to use its financial resources to support a large state-owned company.”

FAW is headquartered in Changchun, the provincial capital of Jilin, and employs around 150,000 people around the country, playing an outsize role in the Chinese economy. Its shares jumped by 10% daily limit amid a declining market in Shenzhen to a two-week high of 6.18 yuan.

There has been some precedent for huge credit lines in China. Conglomerate HNA Group, which has grappled with high debt levels after a global deal spree, said in late 2017 it had credit lines with domestic banks of around 800 billion yuan.