Al-Haj FAW Motors have been carrying out free checkup campaigns across all dealerships in Pakistan and, I being a V2 owner, took mine there as well. Now I like to see what kinds of modifications other people have done to their V2s. So as I was strolling around checking out V2s, my eyes saw what was probably not meant to be seen by a humble person like me. From the outside it looked just like any other V2 but the sight of the inside was a shocker. A lever caught my eye… a gear lever, it was an automatic V2. Okay fine, I won’t drag this on any further, here’s the picture : 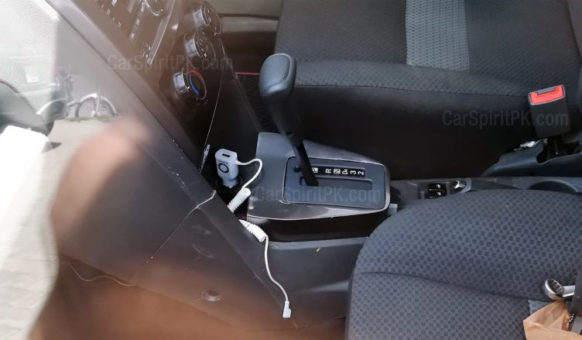 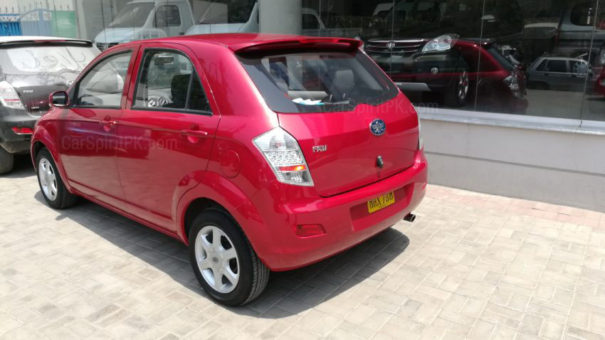 So it looks like a standard self shifting transmission and AHFM did mention in their FB post comments that automatic is under testing. Finally there’s some progress that we get to see on the V2,  I know people around me wanting to buy one and the only two major things that have stopped them so far from buying it are, local assembly and automatic transmission. People really want an affordable automatic hatchback.

The Swift automatic costs almost as much as the base model City and only for a lac an half more, you can get an automatic City which is known to have a somewhat better fuel consumption than the Swift. It’ll be nice to see a 1.3L automatic under the 12 lac price category (hopefully). Let’s see if it turns out to be a practical yet a nippy little machine or just another car like Toyota Vitz that screams for mercy when you floor it.

We’ve reviewed the manual V2 already and we liked it a lot, here give it a watch: