Sources mentioned that the government has collectively sent 33 vehicles out on auction advertisement to reduce public expenditure from government’s end. 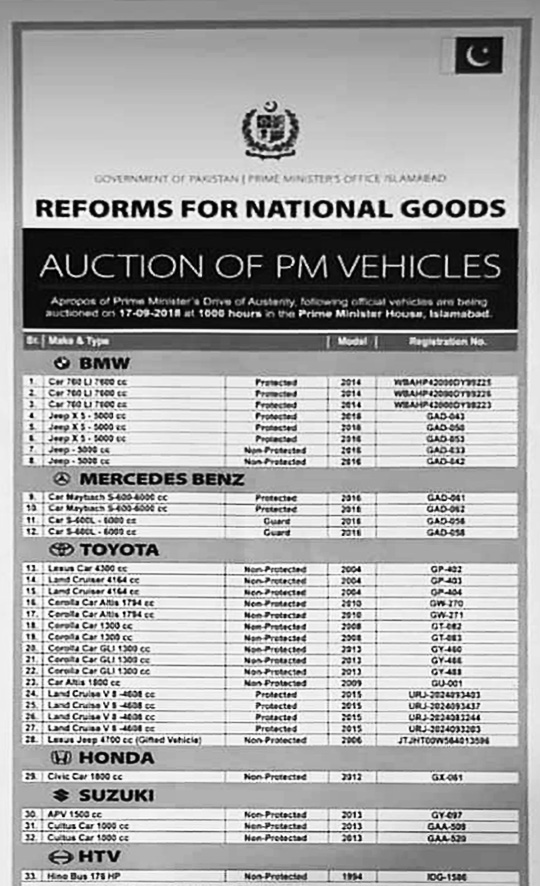 The elite auction is carrying eight luxury BMW cars and four recent models of Mercedes Benz vehicles in its ad, including 16 Toyota Corolla, three Suzuki and one HTV vehicle. Reportedly the remaining cars have been spared under control of the Cabinet for welcoming foreign guests.

The national austerity program is also aimed to shrink routine of official servants. The newly elected Prime Minister, in his first address to the nation, had emphasized on cost-cutting for the government expenditure and as a measure had announced auction of surplus PM House vehicles.