KIA unveiled the first official pictures of their new flagship K8 sedan last month, and now the South Korean automaker has released the first video teaser of the K8 which is set to make its world debut later this year.

The all new K8 sedan comes as a replacement of K7/ Cadenza and will go on sale in its home market later this year followed by other global markets thereafter. This is an entirely new car in KIA’s lineup as the K8 name has never been used by the South Korean automaker before.

According to KIA the design is inspired from ‘yachts’ sailing across the calm waters. Up front there is Kia’s signature ‘tiger nose’ grille which comes frameless boasting a new diamond-lattice pattern and is integrated within the bumper to get a clean yet expansive look. The diamond-lattice design motifs can also be found on the bumper which along with slim headlamps which according to Kia ‘resembles a star cloud’ gives a very unique and stylish appearance to the fascia. 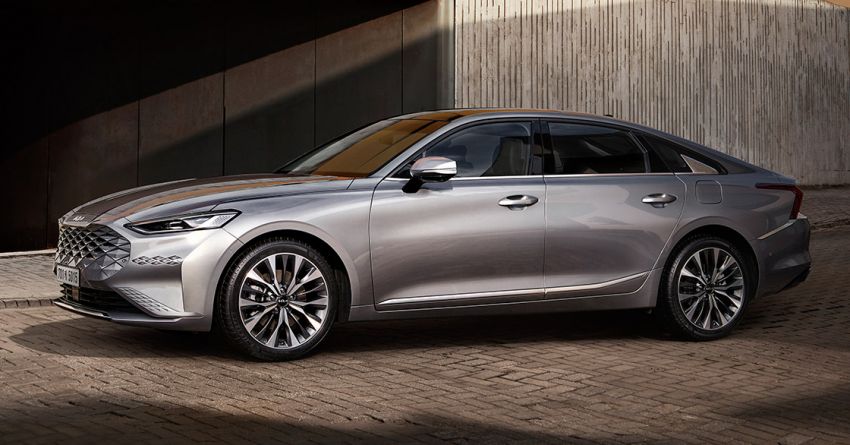 The side profile boasts a dynamic character line that runs the length of the K8 sedan whereas the sloping roof line blends in to the boot lid in a very elegant way. Plus, there are distinctive fins on the rear quarter window dressed in a metallic finish with the same diamond lattice work. The rear end is harmonized with the new breed of Kia sedans such as the new K5 with slim LED tail lights running across the width of the sharply styled boot lid, ending in a boomerang shape at either ends. 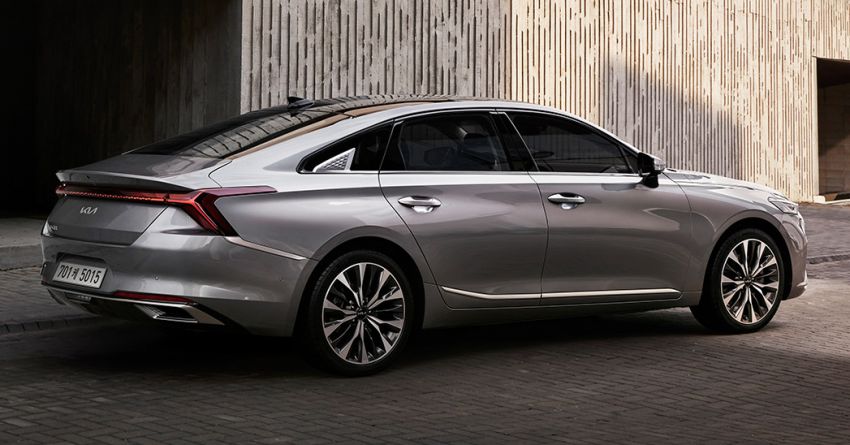 The K8 is quite a big sedan as far as dimensions are concerned. It measures 5,015mm in length, which is even more than Honda Accord (4,882mm) & Toyota Camry (4,880mm) and 19mm longer than its predecessor the K7/ Cadenza. The vehicle will reportedly come equipped with advanced convenience & safety functions as well as much more luxurious features on offer. 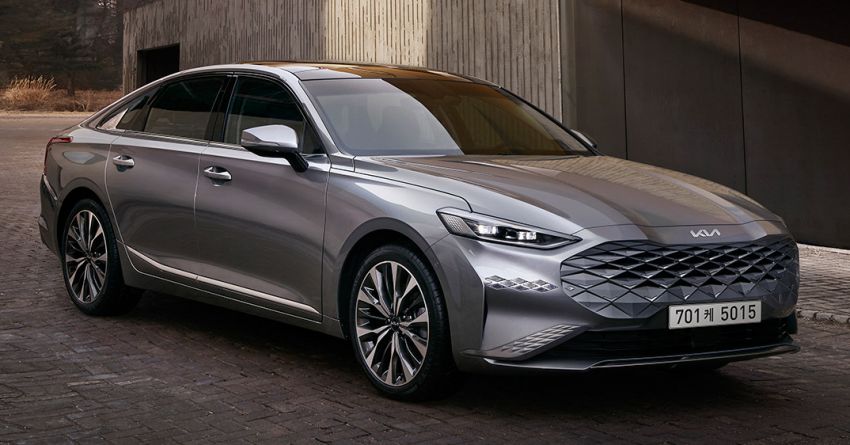 KIA will officially reveal the interior towards the first week of March, however as per reports there will be a modern, premium quality interior with dashboard having a fully digital gauge cluster plus a rotary gear selector (for the shift by wire transmission system), same as the new K5, Sorento or Carnival.  More details on the Kia K8 to be shared as & when available, stay tuned to CarSpiritPK.