A fleet of 50 Stinger 300S liftbacks will be hitting West Australian streets over the next 12 months, replacing the Holden Commodore and Ford Falcon pursuit vehicles.

Kia Stinger was selected after a six-month assessment program, having reportedly performed well in areas such as performance, safety and cost effectiveness. WA Police and Road Safety Minister Michelle Roberts made the announcement as part of the state’s road safety campaign:

“We continue to give the Western Australian Police Force the money they need to replace their fleet and to provide the best service they can for the community of Western Australia. These cars are fit for purpose and they are all five-star ANCAP rated, which is important for our officer safety.”

The Stinger is powered by a high-performance 3.3 liter V6 twin-turbo that punches out 365hp of power and 510Nm of torque, that drives the rear wheels via an 8-speed automatic transmission. The Stinger claims a 0-100km/h time of 4.9 seconds. 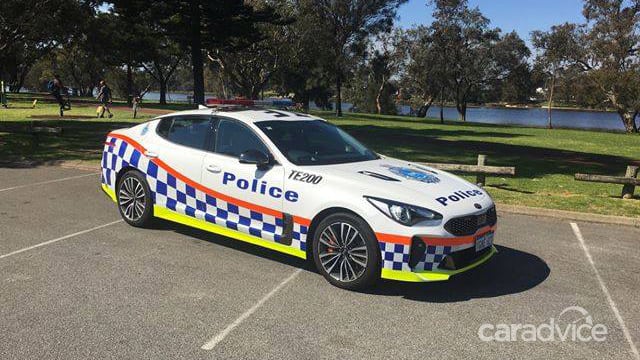 According to Kia, the cars will be mechanically unmodified for WA police pursuit duty. Although they will be fitted with a suite of technology and the required wiring upgrade to support database access, communications systems, lights, sirens and tech such as number plate recognition system.

As part of a six-month assessment program, several different vehicles were put through their paces before the Kia Stinger was selected. In a press release, Kia says the Stinger “met or exceeded key criteria in performance, safety, availability and cost effectiveness”.