The Genesis G70, was unveiled last year to take on the likes of BMW 3 Series, Mercedes-Benz C-Class and Audi A4. Now that the car has gone through its first 13 months on the South Korean market, Hyundai’s luxury subsidiary has given the sedan a round of minor updates for the 2019 model year.

The G70 is finally getting a 12.3-inch digital instrument display instead of the twin analogue gauges offered at launch. However, rather than simply copying the screens from other carmakers, Genesis has introduced three-dimensional viewing technology, world’s first of its kind in the automotive sector.

Genesis designed the screen using stereoscopy, a technique that’s used to create three-dimensional effects by adding the illusion of depth to flat imagery. The screen is built with the ability to track the eyes of the driver to accomplish the effect, which could come in handy with certain driving-related systems like navigation or autonomous driving features.

According to the automaker, the displays will be highly customizable, giving the driver the option to choose which information is displayed at all times. These can include getting 3D directions or even seeing a lap timer right on the screen in the case of a sports car. Different modes on the digital 3D display can cater to the preferences of the driver, or the style of driving during the trip, as selected. 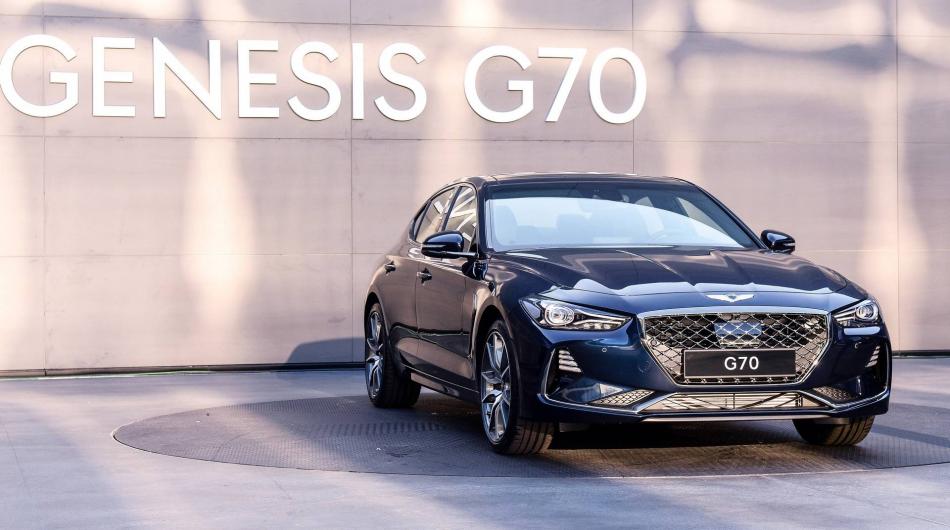 Other changes include a hands-free powered boot lid, an air purifier and high-definition digital media broadcasting and an auto hold function for the electronic parking brake, now fitted as standard across all trims.

Also standard is the fuel-saving function for the eight-speed automatic transmission, previously only offered on the 3.3T Sport model which now gets 19-inch “dark sputter” alloy wheels as well. There is also a new Dynamic All-Wheel Drive system with a mechanical limited-slip differential.

The Genesis G70 continues to get powered by either a 2.0 liter Theta II turbocharged four-cylinder petrol engine producing 250hp and 353Nm, a 2.2 liter R VGT turbo diesel producing 200hp and 441Nm or a range-topping 3.3 liter twin-turbo V6 with 370hp and 510Nm of torque.