Ghandhara Nissan has put the Datsun project on hold, this was informed to the Pakistan Stock Exchange (PSX) in a notice sent by the company. According to the report, Ghandhara and Nissan Motor Company Limited (NML) have spent a lot of time and resources to ensure optimum level of localization in an efficient and effective manner.

However, as part of NML’s recent business strategy and particularly the management policy change with respect to Datsun segment, it is critical to note that Indonesia, which is the mother plant for Datsun CKD kits, may not be a sustainable KD source. 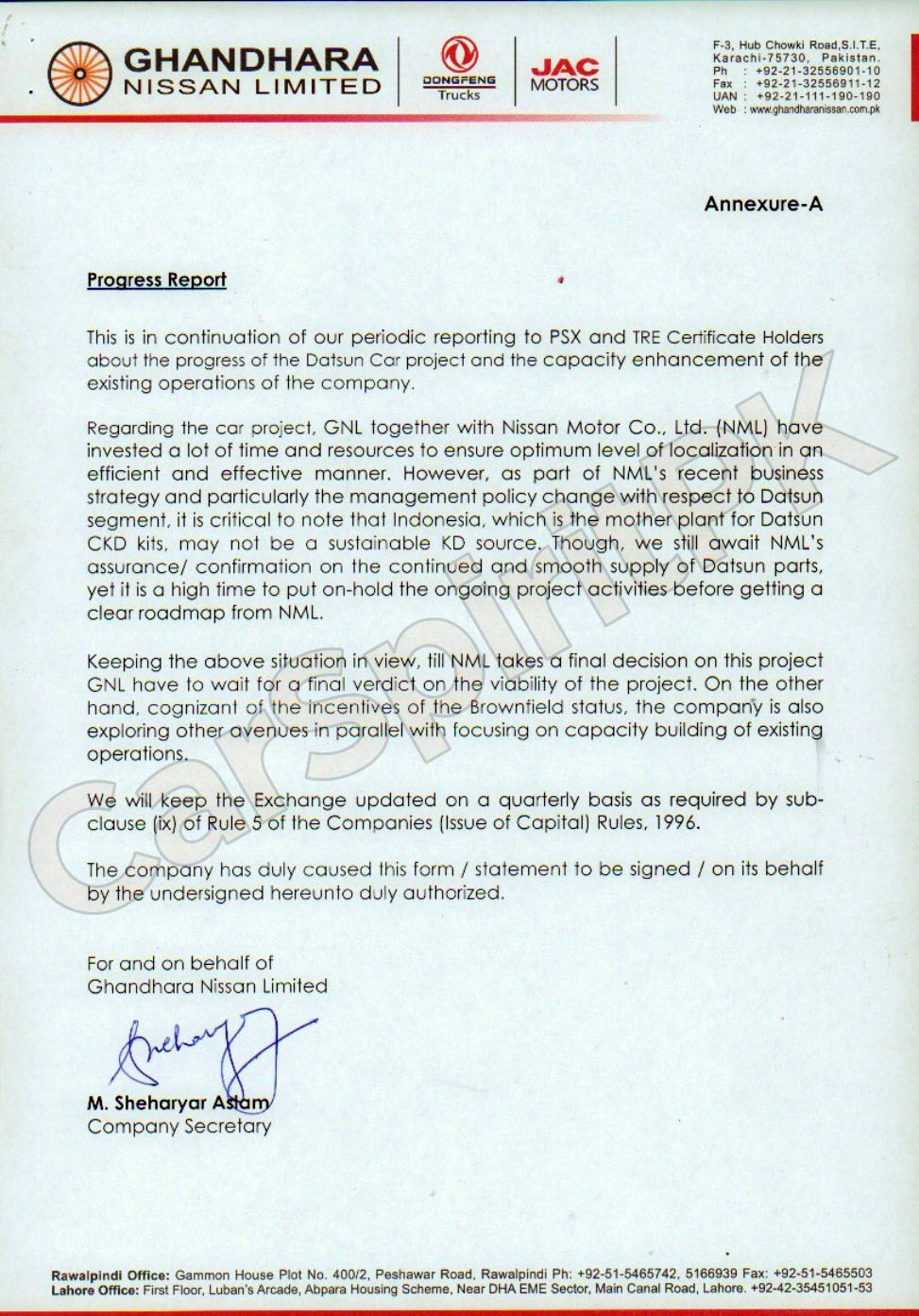 It is worth to mention that Nissan in its recent crisis revival plan has announced to pull the plugs off the Datsun brand from Russia and South East Asia while the brand will stay alive only in India where it does relatively well.

In February last year, Ghandhara announced to introduce three cars by mid 2020, though later in October the company said it is reviewing its plans to assemble Datsun vehicles in Pakistan as the company feels that under the prevalent volatile economic conditions and exchange rates, it cannot afford to go for a project of this magnitude especially with that level of uncertainty.

Ghandhara which earned Brownfield status to introduce Datsun cars in Pakistan took an awfully long time to materialize the project, probably because of the troubles the parent company was going through. The few test vehicles that we keep on seeing on the internet are the same 2015 model units that were imported back in 2016.

Nissan re-launched the Datsun brand in 2013 primarily to cater to markets including India, Russia, South Africa and Indonesia. However Datsun brand failed to create any noteworthy impact in any of its targeted markets and as the company admits, it has fallen woefully short of expectations. And with Nissan wrapping up the Datsun brand globally (except India), this officially looks like a final goodbye to Datsun cars in Pakistan.