GM Will Exit From India And South Africa By Year End

US auto giant General Motors will stop selling cars in India by year end, putting the brakes on efforts to penetrate one of the world’s fastest growing markets.

GM announced it will phase out its Chevrolet brand by the end of 2017 as part of a restructuring of its international business, but will continue to manufacture cars in India for export. GM has been in India for several years but continues to be a niche player with a negligible market share.

“In India, our exports have tripled over the past year, and this will remain our focus going forward. We determined that the increased investment required for an extensive and flexible product portfolio would not deliver a leadership position or long-term profitability in the domestic market.”

In addition, GM also announced phasing out the Chevrolet brand from South Africa as well by end of 2017 and sold its local factory to Japan’s Isuzu Motors Ltd. Stefan Jacoby said.

“We determined that continued or increased investment in manufacturing in South Africa would not provide GM the expected returns of other global investment opportunities.”

GM branded Chevrolet cars were also sold in Pakistan by Nexus Autos during the previous decade but despite offering some better vehicles, they became victims of the controversial policies of our government, engineered by those in power to protect the ‘Big Three’. The result was the elimination of Nexus, Nissan, Dewan (Hyundai/ Kia) & Adams motors, all of which were operating assembly lines, thus leaving the play field for Suzuki, Toyota & Honda only.

Nexus used the idle capacity at the Ghandhara Nissan plant at Port Qasim to assemble their vehicles, under a contract assembly agreement. There was a 15 million US dollars investment to the project while other products from the global GM network were also planned for introduction in the Pakistani market. In addition to the Joy & Optra; more GM branded cars were introduced in Pakistan as CBU import, including the Spark, Aveo & Cruze.

The Chevy lineup wasn’t unimpressive, but it wasn’t among the best either. They were never able to break through to the top and remained consistent low-selling vehicles. Their best selling 1000cc Joy always remained at the tail among its competitors including Suzuki Cultus, Alto & Hyundai Santro. Imported cars also were a major hurdle for Chevrolet since Vitz was a new craze back then and was also cheaper than the local assembled Chevrolet Joy.

Another problem for Nexus was that apart from local assembled Joy, rest of their lineup was based on imports. Hence the heavy import duties pushed the prices of their cars into an unrealistic zone. For example, price of their 800cc imported Spark hatchback was much higher than their own 1000cc local assembled Joy. The price of the 1400cc Aveo was well above its hot selling competitors; Honda City and the Toyota Corolla Xli while the Cruze was way expensive than the top of the line Honda Civic Vti Oriel back then.

According to Nexus Autos:

Despite being a new entrant similar to Adam motors, there was no incentive granted by the government. Unrealistic localization requirements along with restrictions on import of MKDs (Medium Knock Down Kits) and SKDs (Semi Knock Down Kits) were enforced to favor the big 3 assemblers. Eventually the sales dropped to the point where assembly became non-viable and customers stopped buying the imported cars. Eventually to pay off the Nissan assembly dues, the Chevy Joy assembly jigs and fixtures were given to Ghandara Nissan and Nexus ceased to exist in 2010. 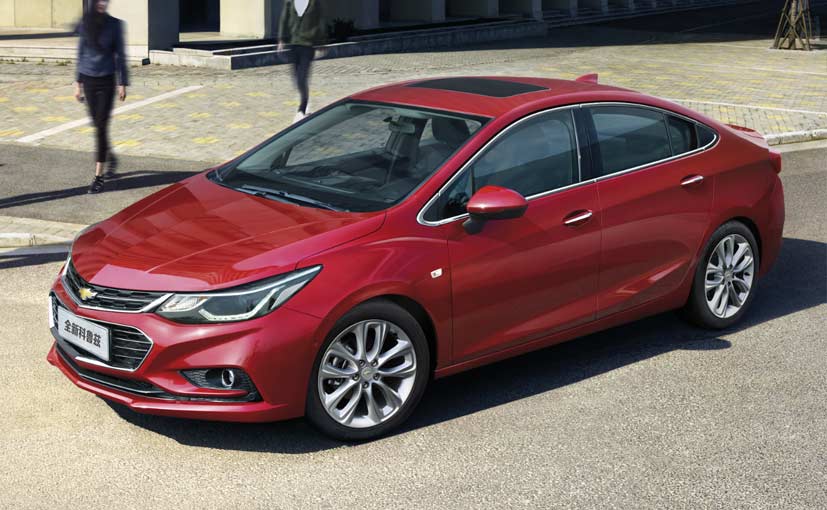 The government of Pakistan was hopeful to attract the European car manufacturers to invest in the country and has been in talks with Renault, Citroen-PSA, Fiat, GM and Volkswagen. The core objective of the Auto Policy 2016-21 was to bring new investment which could boost the competition among the players, however apart from the heavy vehicle/ truck sector nothing fruitful has been achieved in the passenger car sector so far.

Earlier the government had turned down Audi’s proposal of investing in MKD (medium knocked-down) kits with only vehicle assembly in Pakistan, stating that it’s against the auto policy as the government wanted Audi to strengthen the vendor base and the dealer network, besides creating employment.

Related: Auto Policy 2016-21 Unable to Bring Any Change in Auto Industry As Yet

However the definition of MKD which was not included into the policy has made leading European car makers including Fiat, Audi and Volkswagen scrapped their plans to enter Pakistan. Adding to the misery, French car maker Renault which was the first to announce its plans to invest USD$100 million in Ghandhara Nissan Plant has reportedly stopped all activities in relation to ventures in Pakistan due to some unknown reasons.

While it seems difficult for the European companies to enter the market, South Korean Hyundai and Kia as well as the Chinese automobile manufacturers remain our ray of hope to generate some competition in the monopolized car market or Pakistan.