Hyundai in Pakistan- The Past and The Future

For any auto manufacturer other than the Big 3 (Toyota, Suzuki and Honda), it’s nothing less than a nightmare to survive in Pakistani automobile market, particularly after the 90s. Before that however, things were quite different, as brands like Mitsubishi, Mazda and Datsun (Nissan) had good presence in our country and enjoyed decent market share.

During the early 1990s, when the local production of Toyota & Honda commenced in the country and Pak Suzuki started to operate their Bin-Qasim plant, the imports were tightened to help the local industry stand on its feet. It’s a different story however, that even after more than 25 years the industry is still considered in its infancy. The Japanese Big 3 have a controlling stake in the market and operate in an oligopolistic manner, which is safeguarding each others’ interests by not offering a rival product.

Over the period of time, different manufacturers came and went off the show. Among which was the South Korean manufacturer Hyundai, which is about to make a comeback in Pakistan partnered with Nishat Group.

Hyundai Motor Company is a multinational automotive manufacturer headquartered in Seoul, South Korea. Founded in 1967 and, along with its 32.8% owned subsidiary, Kia Motors, together comprise the Hyundai Motor Group, is the fourth largest vehicle manufacturer in the world. 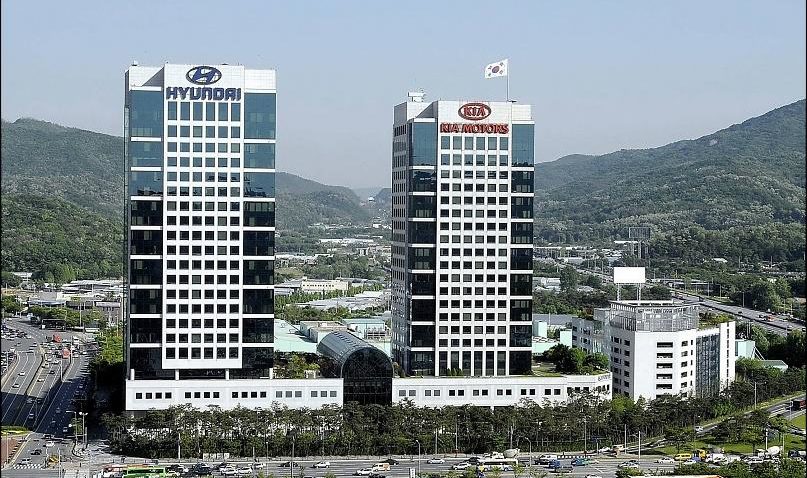 Hyundai operates the world’s largest integrated automobile manufacturing facility in Ulsan, South Korea, which has an annual production capacity of 1.6 million units. Hyundai vehicles are sold in 193 countries through some 5,000 dealerships and showrooms. The company employs about 75,000 people worldwide.

Hyundai’s presence in Pakistan has always been fluctuating; various Hyundai products have been in our market at different times. Let’s have a look at the History of Hyundai cars in Pakistan.

The generation of today might not know that the first Hyundai branded car available in Pakistan during the 1980s was Hyundai Pony. The Pony was a small rear-wheel drive car produced by the South Korean manufacturer Hyundai between 1975 to 1990 and was Hyundai’s, and more importantly South Korea’s first mass-produced car. 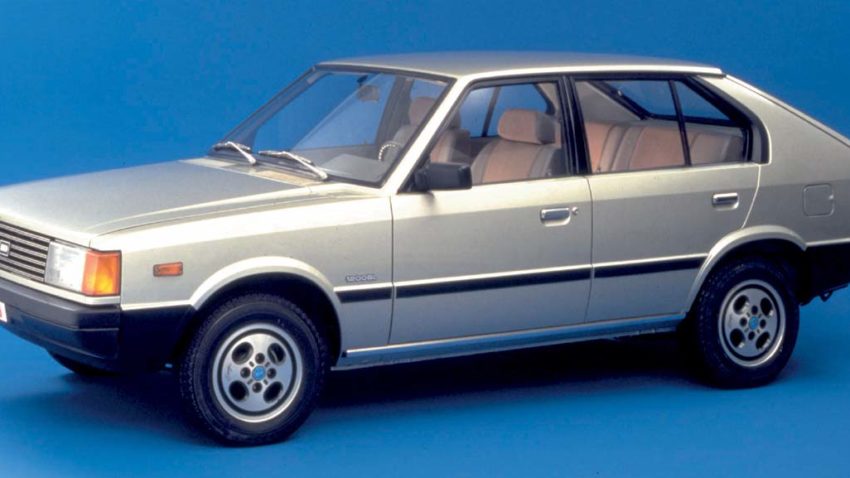 After the Korean war, South Korea was content with trying to copy decommissioned jeeps from U.S. Army surplus. Gradually the nation as a whole was able to develop an industrial infrastructure capable of supporting its own auto industry.

The Pony utilized Mitsubishi’s engine and transmission while some elements from Morris Marina and Ford Cortina were also used to develop the car. The Pony was a collaborative effort with English, Italian and Japanese influences representing a South Korean product. Pony saw good success in its home market and attained some decent sales figures abroad which helped Hyundai get a global recognition has a serious car maker.

Though Hyundai Pony was available in Pakistan in limited numbers, it wasn’t a prime choice since market back then was loaded with options including Toyota Corolla, Toyota Sprinter, Mazda 323, Mitsibishi Lancer, Daihatsu Charmant, Nissan Sunny and the Honda Civic. I can still recall from my childhood days, a red colored Pony in the area where we lived as well as a Navy Blue one, being a common sight on my way to school. The Pony was phased out from our market by late 1980s.

During the 90s a Hyundai branded vehicle was once again available in our country under the ‘Yellow Cab Scheme’. It was known as Hyundai Excel which was basically the third generation of Pony, and was the first ever front wheel drive car developed by the South Korean manufacturer. The Excel was also designed by Giorgetto Giugiaro and carried Mitsubishi engines under the hood. 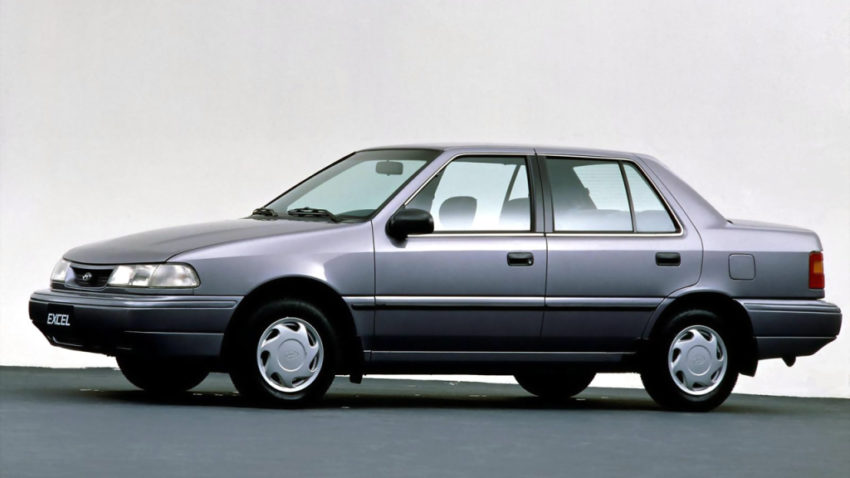 In Pakistan the Excel saw good success and was considered as a top choice for cab drivers in our country. Not only this, majority of these vehicles were later repainted & converted into private vehicles and served for a very long period of time before their spare parts started to become scarce. The car was loved for a generous cabin space which offered ample head & legroom for both front and rear passengers, decent fuel economy and good luggage space in the boot.

At one point of time, people used to prefer Hyundai Excel over locally assembled Suzuki Margalla, which was the only entry level sedan available in the market during those days, as opposed to 1980s when not less than 7 options in the same class were available in our market for a buyer to choose from.

In December 1998 Dewan Farooque Motor Company Limited (DFML) was incorporated, and the company made agreements with Hyundai and Kia to assemble and sell their vehicles in Pakistan. The plant built in rural Sindh’s Sujawal area at a cost of Rs 1.8 billion was completed in seven months. It was the first automobile manufacturing plant in the country to have robotic paint machines, with the capacity to make 10,000 vehicles a year.

By 1999-2000 DFML’s plant at Sujawal started to roll out the 1000cc Hyundai Santro Plus hatchback in Pakistan. The Santro was the first 1000cc hatchback produced in Pakistan which was equipped with a fuel injected engine. More than 6,000 units of these Santro hatchbacks were sold between 1999-2002 after which the facelift, known as the Santro Club arrived. Since then there were no changes made to the vehicle.

The Santro facelift saw huge success in our market between 2003-2006 but the used imports hurt the car quite badly. The 1st generation Toyota Vitz which became an instant craze back then was available at almost half the price of a Santro while DFML with their financial crisis were unable to upgrade the Santro. By the time it was officially discontinued in 2009-10, DFML managed to sell 30,442 units of the Santro facelift, among which some 24,000 units (averaging around 6,000 units a year) were sold before the Vitz came into picture. The company managed to sell only 6,345 units of Santro in the last 4 years of its life in Pakistan. Alongside Santro, Hyundai’s primary bread earner was the Shehzore pickup. Originally called as the Hyundai Porter, the Shehzore ruled the Light Commercial Vehicle (LCV) market having won the trust of customers due to its rugged construction, unmatched reliability and performance.

Hyundai is in talks with Mian Masha’s Nishat Group to setup vehicle assembly plant in Pakistan, thanks to the new Auto Policy 2016-21 as the government wants to shake up our Japanese-dominated car market.

Agreement has already been signed between Nishat Group and Hyundai Motor Company of South Korea and Sojitz Corporation Japan for negotiating and establishing a framework for setting up a green field project for plant’s assembly and sales of passenger and one ton range commercial vehicles in Pakistan. According to the market sources, the investment would range from 400 million dollars to 500 million dollars. After completion of the paperwork, the plant would be established within two to three years.

Related: Hyundai to Set Up Automobile Assembling Plant in Pakistan

Nishat Group is considered as a giant in the Pakistani banking, textiles, energy and cement sectors. In a recent statement, the company said its trying to convince the South Korean manufacturer to also bring electric and hybrid cars in Pakistan, alongside the assembly of small cars that could compete with the existing Japanese assemblers. Unlike DFML, Nishat Group is a financially strong entity and is investing $120 million in the project that will be set up in an industrial zone near Faisalabad. According to information the group has also acquired the land needed to built the plant. 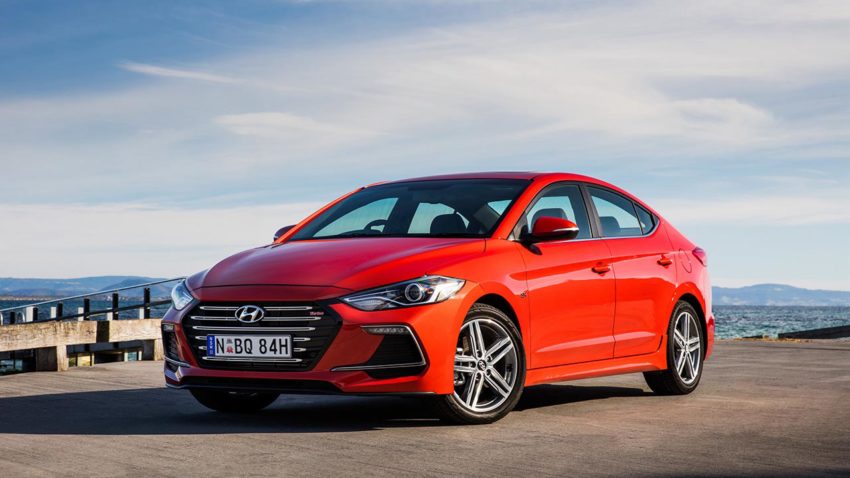 Hyundai is considered among the world class automobile brands today, their current range of vehicles is by far better than the ones available in our market during the previous decade. The company’s comeback sure is a welcome step towards the betterment of our automobile industry. In the past, Hyundai vehicles have enjoyed good success in our market, they have a bright future too if the upcoming vehicles are priced sensibly and backed with proper after sales support.