Hyundai to Set Up Automobile Assembling Plant in Pakistan

Agreement has been signed between Nishat Mills and Hyundai Motor Company of South Korea and Sojitz Corporation Japan for negotiating and establishing a framework for setting up a green field project for plant’s assembly and sales of passenger and one ton range commercial vehicles in Pakistan. According to the market sources, the investment would range from 400 million dollars to 500 million dollars. After completion of the paperwork, the plant would be established within two to three years.

Nishat Mills is a subsidiary of Nishat Group, a giant in the Pakistani banking, textiles, energy and cement sectors. Its share price rose 1.4 per cent after the announcement. Nishat Mills secretary Khalid Chauhan said:

“Today we have signed a memorandum of understanding between the two companies and we will set up a project for the assembly and sales of both passenger and commercial vehicles.”

Nishat Mills filed a statement with the Pakistan Stock Exchange saying the deal was “subject to applicable statutory and regulatory approvals”. 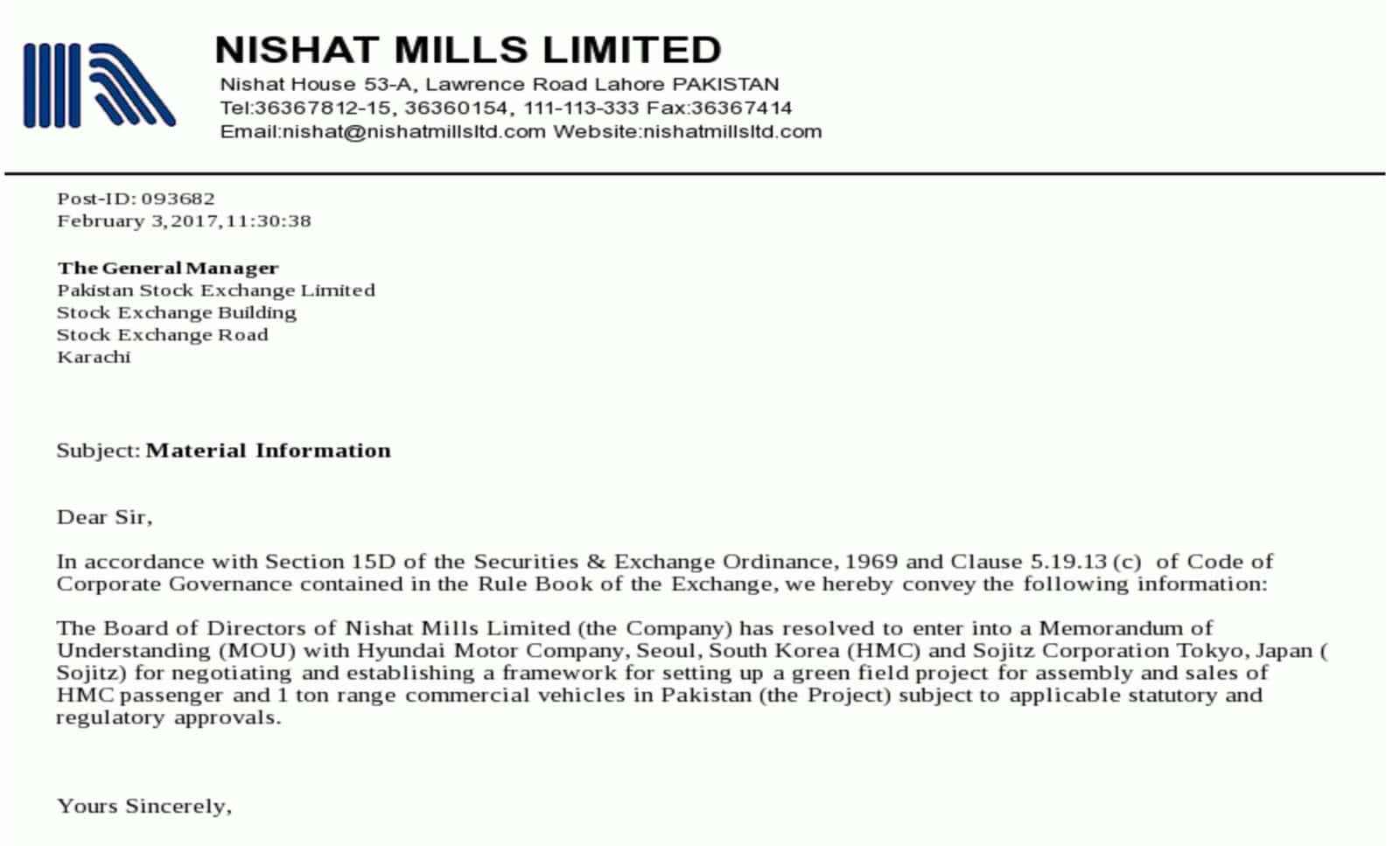 The government believes increased competition should bring down exceptionally high car prices in Pakistan, and in March it introduced a new auto policy favoring new entrants into the market by offering generous import duties. The incentives have angered existing market players, some of whom have said publicly they should get similar terms.

Pakistan, with a population of nearly 200 million people, is a potentially huge market, but just 180,000 cars were sold in the 2014/2015 fiscal year. That compares with more than two million passenger vehicles a year in neighboring India.