17 Years of Suzuki Cultus in Pakistan

Pak Suzuki has officially announced to replace the hot selling yet aging Cultus hatchback and plans to replace it with a rather modern Suzuki Celerio in coming months.

The Cultus hatchback was launched in Pakistan some 17 years ago, however in reality it was nothing but the hatchback version of the popular Margalla sedan which was discontinued in 1998, so technically the car has been around for more than 27 years in our country. Since Pak Suzuki is finally about to bid farewell to Cultus, let’s have a look at its rather prolonged tenure of production in Pakistan.

The Suzuki Cultus is originally the JDM version of the Suzuki Swift. Cultus models had unique features such as All Wheel Drive and higher powered engines, features which were usually not available in other foreign market versions.

The 2nd generation MK-II Swift, introduced in 1989 was designed at GM’s Technical Center in Warren, Michigan, and was designated the GM M platform, although the engines and drive-trains were developed by Suzuki. Since GM (General Motors) had purchased a 5.3% stake in Suzuki in 1989 and announced cooperation with Suzuki Motor Company in the production and marketing of new small cars, the MK-II was sold with different nameplates in various markets across the globe.

Chevrolet Sprint, Pontiac Firefly, Holden Barina, Geo Metro and Subaru Justy were some of the names used to market the MK-II by GM, while Swift & Cultus nameplates were used by Suzuki to sell the same vehicle. In addition to these, the car was also labeled as Maruti Esteem in India and Changan Lingyang in China. 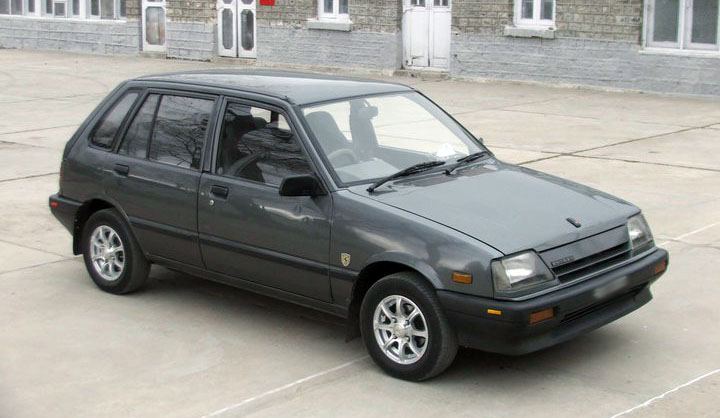 In late 90s, Dewan signed a collaboration agreement with Hyundai & Kia, and for the first time some competition in the market was expected in form of 1.0L Hyundai Santro. It was when Pak Suzuki realized that the Mk-I Khyber from the mid 1980s didn’t stood a chance to keep up with the modern Korean rival, the 2nd generation MK-II Swift (codenamed SF-310) was introduced in Pakistan in year 2000, which was rebadged as Cultus and continued to be sold till 2017.

The recipe worked well for Suzuki since it was the hatchback version of Margalla sedan which was already available in market for more than a decade and since it was a very successful car of its time, the market was already flooded with its spares which were quite cheap too. Hence the Cultus instantly became a very popular car in Pakistan.

The Cultus Launch in Pakistan

The Cultus was launched in 3 trim levels (VX, VXR, VXL) with a price tag of just under PKR 5 lac back in year 2000. The first batch of Cultus which was sold between 2000 and 2001 was offered in more than 16 exterior colors, so far the most by any locally manufactured vehicle. The initial lot of the Cultus had excellent built quality and was way better compared to what Pak Suzuki has been rolling out in later models. 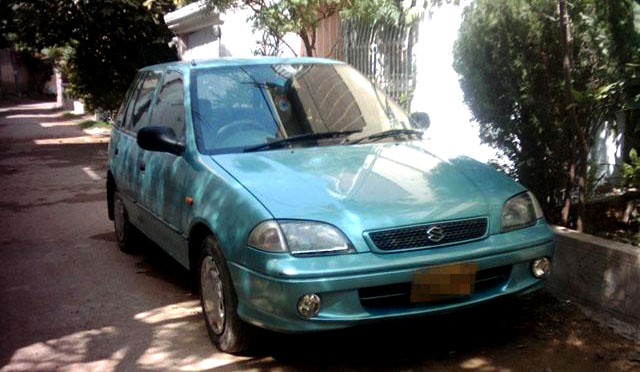 The VX trim was a stripped down version with black bumpers, no air-conditioning, no windshield defrosters while it had PVC door trims and seats and lacked fabric upholstery. The VXR was equipped with colored bumpers, air-conditioning, and offered fabric door trims and seats. The VXL was fully loaded version that in addition to VXR features came equipped with power steering, power windows, matching side mirrors and had golden colored emblems opposed to the silvers ones in VX & VXR. 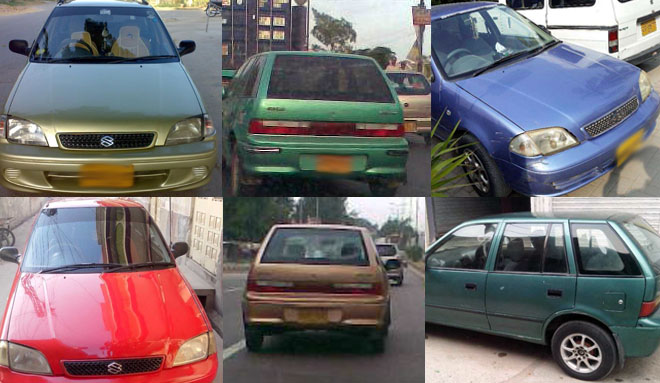 However this initial batch of Cultus had 2-piece front & rear bumpers, orange colored parking lamps, a key opener at the fuel lid & dashboard glove-box and lacked an RPM meter, while the speedometer had green illuminations. Despite this the built quality of these early cars was far superior among all Cultus models produced by Pak Suzuki.

By 2002, Pak Suzuki started to offer factory fitted CNG versions of the Cultus in all the trims (VX, VXR, VXL). However the 16 available colors were reduced to 6 colors. From 2003 onwards, clear parking lamps were offered instead of orange ones, key opener at the fuel lid was replaced with the cable opener operated from inside, while the green illuminated speedometer was dropped in favor of orange illuminated ones. Moreover RPM meter became standard in VXR & VXL trims.

In 2005, Pak Suzuki discontinued the base VX & VX CNG trims, while the VXR and VXL trims continued to be sold with & without CNG option. By that that the price of VXR was PKR 5.9 lac while the VXL was priced at PKR 6.25 lac. During this period the available color options were reduced to just 4. In 2006 the Cultus received minor cosmetic changes to its exterior with a new radiator grill, a new set of alloy rims while two new colors namely Cool Beige Metallic and Eminent Blue Metallic became available. 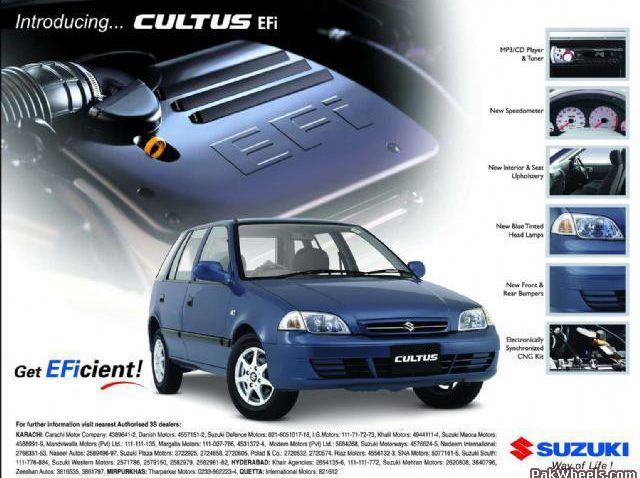 In 2007 Pak Suzuki made one of the major amendment in Cultus by replacing the 3 cylinder carburetor engine with 4 cylinder fuel injected unit. This was accompanied by new single-piece front & rear bumpers, blue-shaded crystal headlamps, silver color coded accents in the interior as well as new seat upholstery with broader head rests. The available trims were now called as VXRi and VXLi.

Pak Suzuki had launched the new Swift in 2010 and initially it had a hard time picking up sales. It faced a stiff competition from none other than the Cultus VXLi which was the power-packed low cost trim of a cheap & easy to maintain car. So Pak Suzuki had to discontinue the Cultus VXLi trim in order to boost the Swift sales. 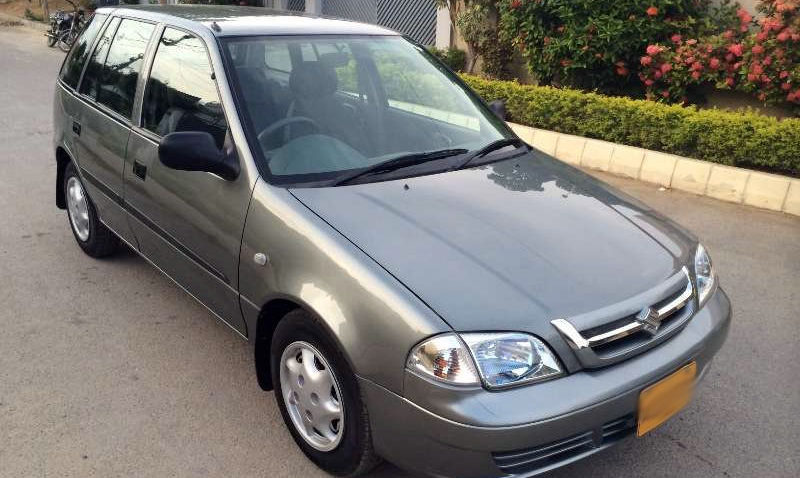 Already 12 years into its production, Pak Suzuki launched the Cultus with Euro-II technology in 2012. Bear in mind the Euro-II standards were globally implemented from 1996-2000 and in year 2000, the Euro-III standards were already implemented. This iteration of Cultus came equipped with the most hilarious radiator grille which looked as if it was mistakenly placed above the usual position while new crystal rear combination lamps became available. 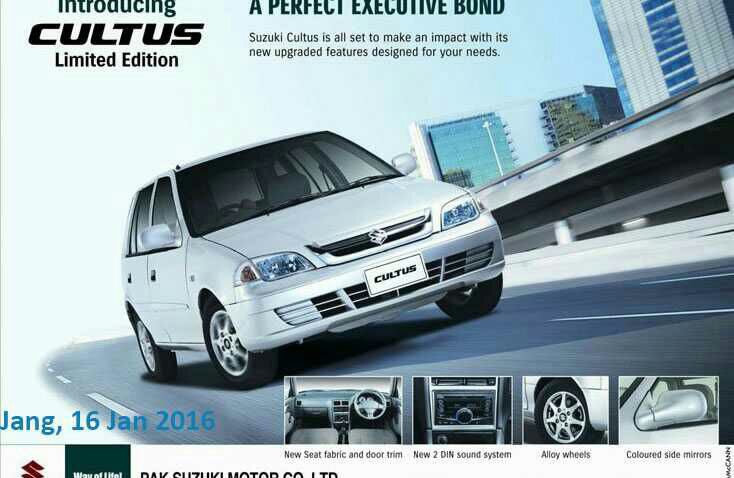 Pak Suzuki dragged the Cultus for about 17 years in the country, the improvements that have been made by the company over the course of seventeen years actually amounts to nothing. The Cultus despite offering cheaper maintenance and rather decent looks (as per its era) was an obsolete, heavily overpriced, unsafe and feature ripped vehicle that should have been replaced long ago, as its sedan version was already discontinued in the country back in 1998. 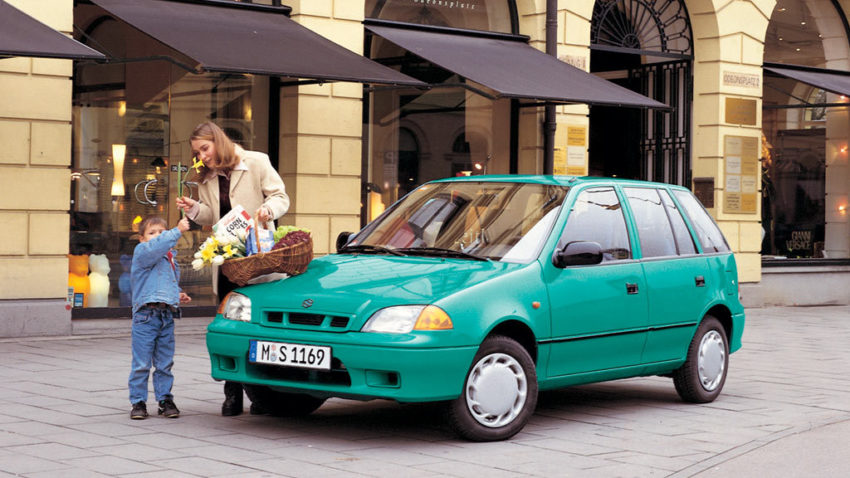 The Auto Policy 2016-21 has created a massive turn of events in the automobile sector of the country. While there are confirmed reports of Renault to launch their vehicles in Pakistan, Dewan getting back in business with Ssangyong, and KIA’s talks with Yunus Brothers Group, the existing automobile manufacturers are also trying to improve their game by launching new & up-to-date vehicles.

The replacement of Cultus with the Celerio is also among these developments, and it’s good to see Pak Suzuki preparing itself for the upcoming competition. Let us wait and see if the upcoming Celerio is able to maintain Suzuki’s dominance in the 1000cc hatchback segment of Pakistan… or not.