Automakers are in process of announcing the revised prices after the increase in taxes & duties were imposed by the government in the recently announced supplementary financial bill aka mini budget.

Honda Atlas has revised the prices of its local assembled variants which will take effect from the 21st of January 2022. According to which the prices of 1.5L City variants have witnessed an increase of up to Rs 85,000, though the 1.2L City prices remain unchanged. The prices of Honda Civic variants have been increased by up to Rs 126,000 whereas that of BR-V has been revised by Rs 90,000. 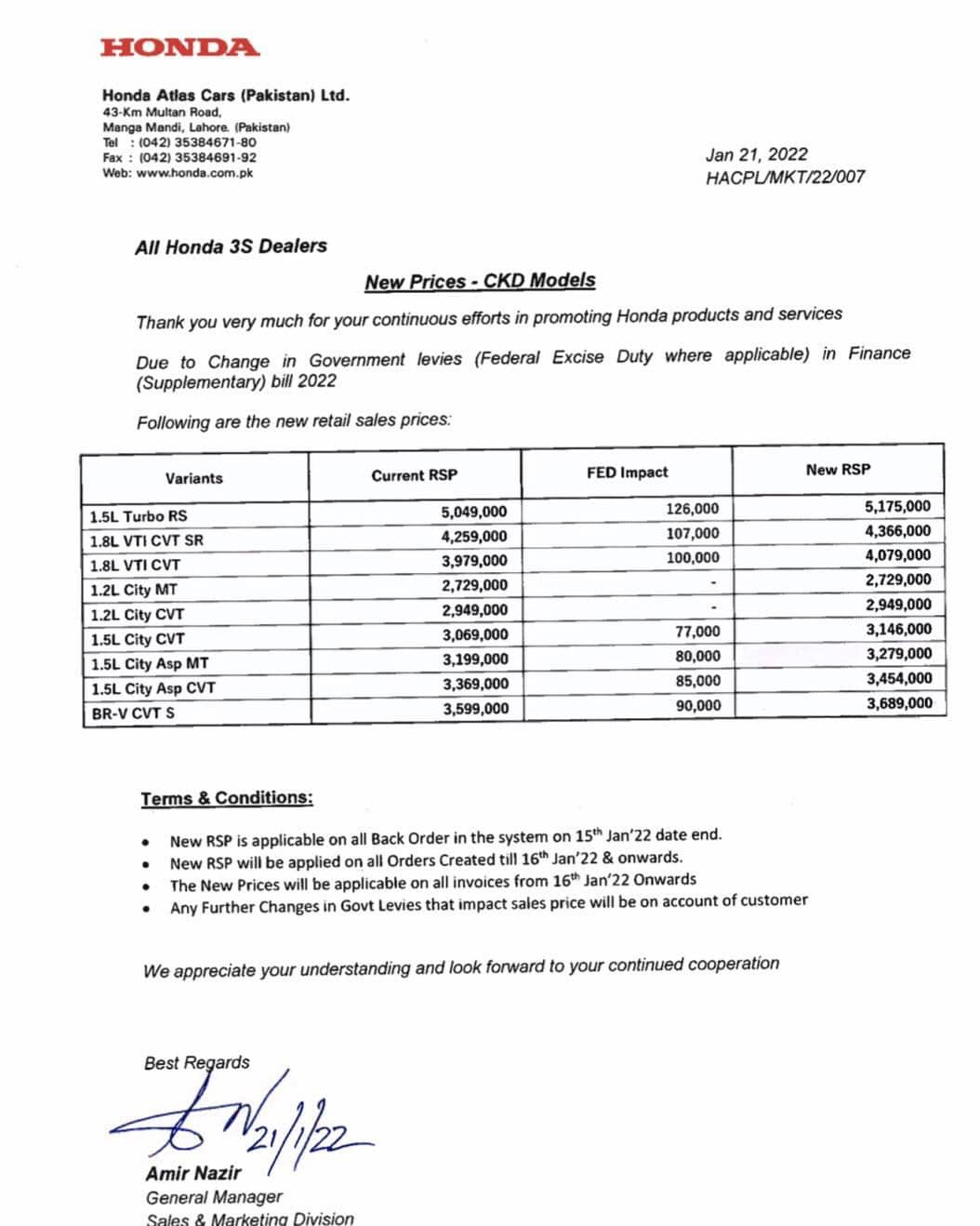