The Honda Civic Type R remains one of the most popular performance oriented Civic variant. It features a lightened and stiffened body, specially tuned engine and upgraded brakes and chassis and some cosmetic add-ons to give it a special sporting distinction and to separate it from regular Civic models.

The latest generation FK8 Civic Type R hot hatchback is already quite famous for its performance reputation. Yet, that hasn’t stopped Honda’s Product Engineering department in the UK from coming up with a surprisingly utilitarian Civic Type R, dubbed as ‘Project P’.

First unveiled last year, the Project P is based on a pre-production Type R and misses the C-pillars and half of its roof chopped off & replaced by a roll bar. The rear seats and boot have been completely removed, making room for the open bed. It can seat only 2 passengers. Although the Type R’s aggressive-looking body kit has been retained, along with the massive rear wing. 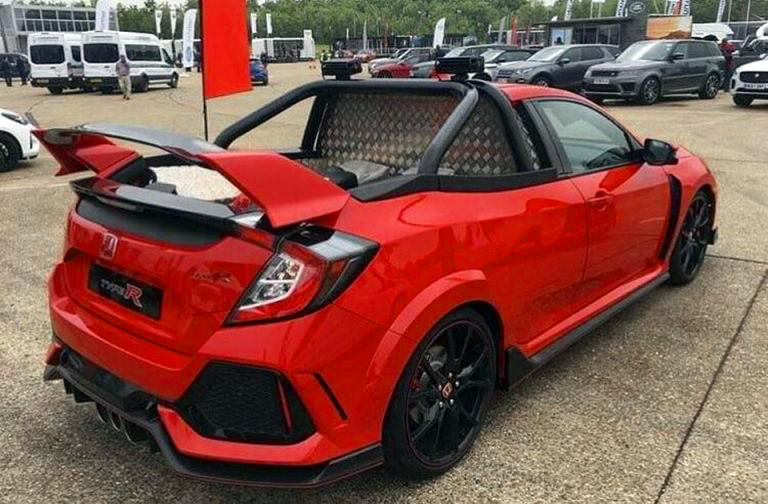 Recently an image of Project P surfaced the internet spotted in a parking lot under natural lighting. Though the images released by Honda last year were all studio shots. 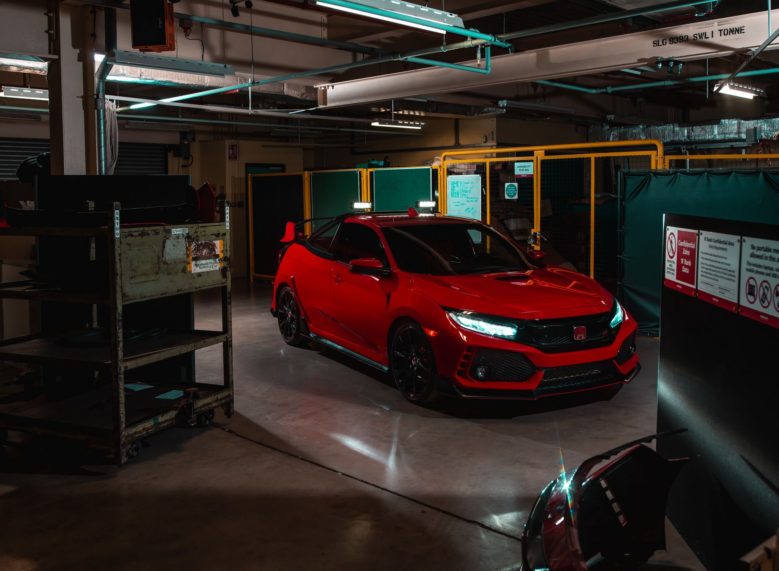 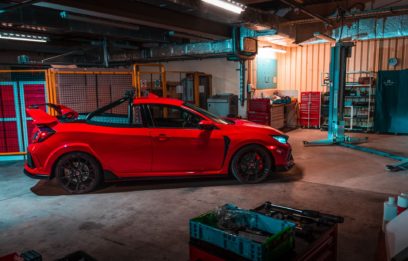 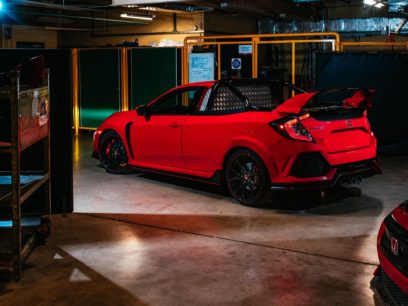 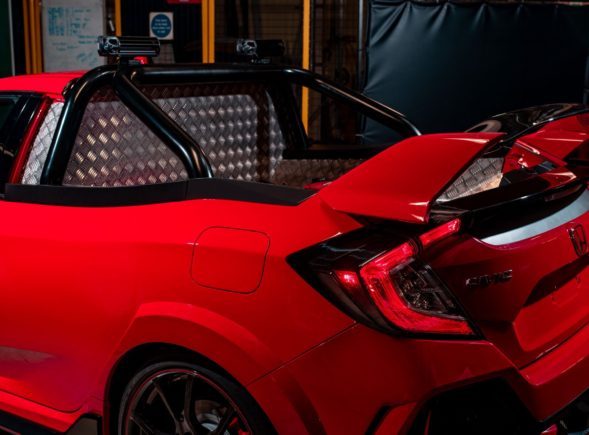 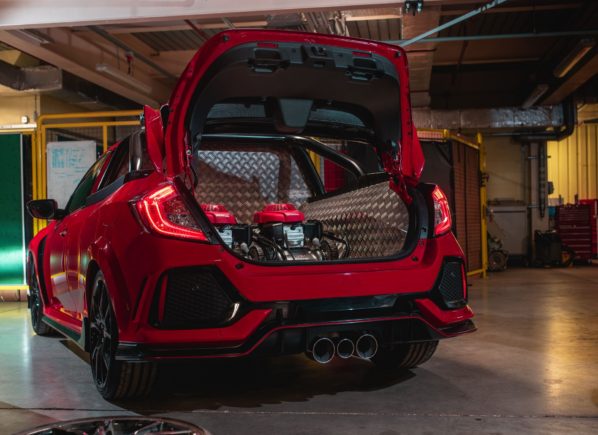 The powertrain, transmission and gearbox remain unchanged. Honda estimates that the Type R pickup takes less than 6 seconds to sprint from 0 to 100km/h, and can reach a top speed in excess of 265km/h. Even the special driving modes of the road-going Honda Civic Type R have been retained, and Honda claims that the Project P is both comfortable and capable of being raced on the track.

As expected, Honda has no plans of putting this Civic Type R into production, but according to Alyn James, the project lead, they could try to “take the record for the fastest front-wheel drive pickup truck” at the Nurburgring.