It’s five out of five for the FK8 Honda Civic Type R, which has managed to set a new front-wheel drive lap record at the Hungaroring GP circuit. The Type R had earlier set FWD lap records at Estoril in Portugal, Silverstone in the UK, Spa-Francorchamps in Belgium and the Magny-Cours GP circuit in France. The new record in Hungary completes the planned five track assault known as the Type R Challenge 2018.

This time, the Civic Type R was driven by ex-Formula One world champion and current NSX Super GT driver, Jenson Button, who piloted the Honda across the circuit in 2 minutes 10.19 seconds. Honda had set the previous benchmark time on the 4.38 km-long track during a similar challenge in 2016, using the previous-generation Civic Type R.

Jenson Button, who won the first grand prix of his career with Honda in 2006 on the very circuit, remarked:

“We came here to the Hungaroring, where I won my first F1 race in 2006 with Honda, to set a new front-wheel drive production lap record in the new Type R, and I’m very happy that we did it!

The first thing I noticed when I left the pit lane was how neutral the car was. I come from a background that is not front-wheel drive focused, so it was very different for me but because the Type R is so well balanced it was instantly really enjoyable and more natural.”

The thing that surprised me most is how late you can brake with this car. The manual gearbox works really well, too. Most cars these days don’t come with manual boxes, so it’s nice to have that manual feel. You always feel a lot more connected to the car. This new Type R is a mega bit of kit, as they always have been, and it’s definitely not lost any of its charm.”

The challenge was thought up after the Type R became the fastest FWD production car ever to round the Nürburgring Nordschleife in April 2017. The other drivers to take part in the challenge were WTCR driver Tiago Monteiro (Estoril), BTCC driver Matt Neal (Silverstone), Japenese Super GT driver Betrand Baguette (Spa-Francorchamps) and WTCR driver Esteban Guerrieri (Magny-Cours). 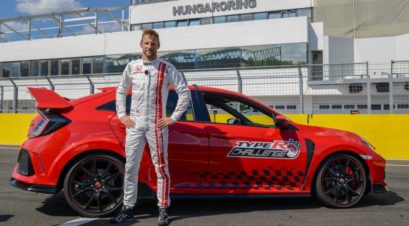 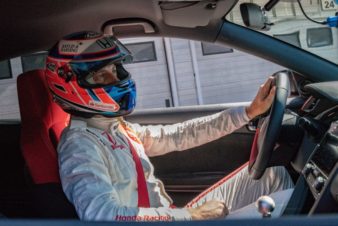 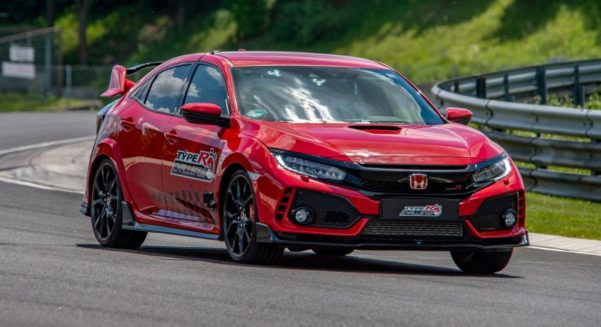 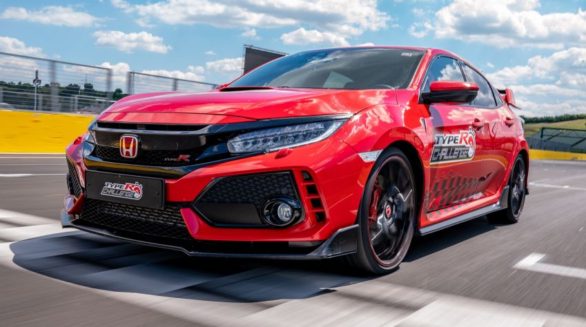