Honda will showcase a new concept at this year’s Beijing Motor Show called the Everus EV Concept, which previews the first mass-production EV model, Honda will introduce exclusively in China in near future.

At first glance, it certainly looks like a futuristic version of the Honda HR-V, with almost all the same lines through the sides as well as the high-mounted rear door handles. However, the front fascia features 3D-effect headlamps, the Everus badge and the grille has been redesigned to accommodate what should be a charging port. 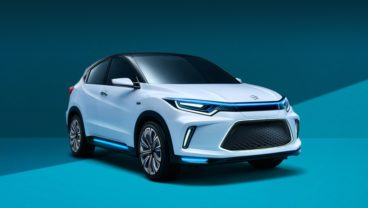 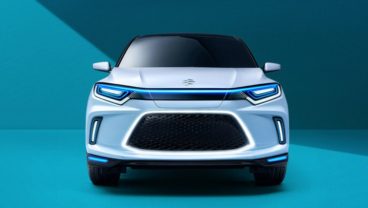 The lower apron now sports a prominent intake, with the “mouth” being flanked by slim LED strips in the corners of the bumper. Blue lighting strips are also aplenty here, as seen at the base of the bonnet, bumper lip and side skirts.

The rear-end is again reminiscent to HR-V but the LED tail lamps are connected all the way to each other. The rear bumper gets a different design treatment while the funky spoiler with built-in stop lamp add to the drama.

For now, no details regarding the electric powertrain are available, but it is being reported that the production version will go on sale (in China) this year. The crossover will be marketed under the Everus brand owned by Guangqi Honda, a joint venture between Honda and Guangzhou Automobile Group (GAC Group).