The AITO M7 has been launched in China as a full-sized EREV (range extender) premium SUV with 6 seats. AITO which is an acronym of ‘Adding intelligence to an Auto’, is a high-end brand jointly run by Seres (Sokon) and Huawei, where Huawei supplies ‘brains’ and some other parts, while Seres takes care of manufacturing. AITO’s first car, the M5 was launched in February 2022 and now the M7 being the second product in the lineup. 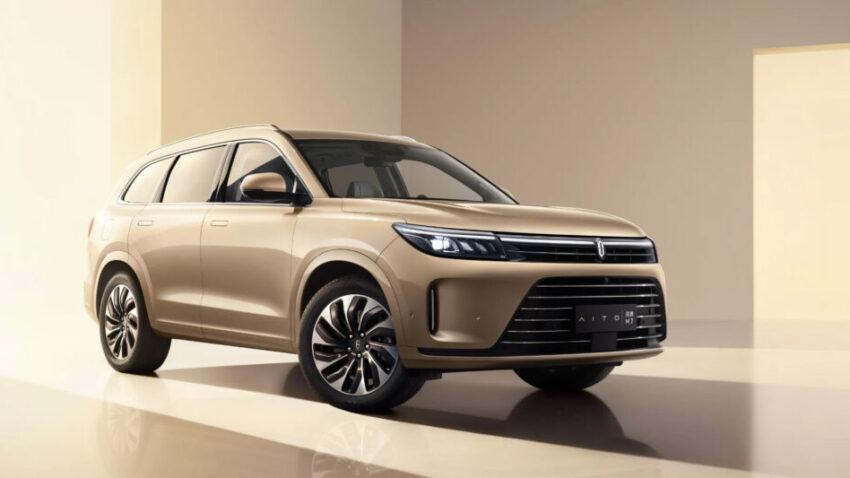 The design is simple and less intricate, with front end got two separate headlights and an LED strip between them. The side profile features large greenhouse and electrically retractable door handles. The rear gets a large full-width LED taillight unit and embedded spoiler. The M7 is a 6-seater with 2/2/2 seating layout with even the second row benefiting from heating, cooling and massage functions as standard. AITO is very proud of the M7’s interior, as the length of the passenger compartment reaches 2,605 mm. According to AITO, also made a comparison with BMW X7 (2,604 mm), Mercedes-Benz GLS (2,594 mm), and Audi Q7 (2,537 mm) during the launch event, which shows despite M7 being relatively smaller than aforementioned three, it still boasts a very smart space utilization. 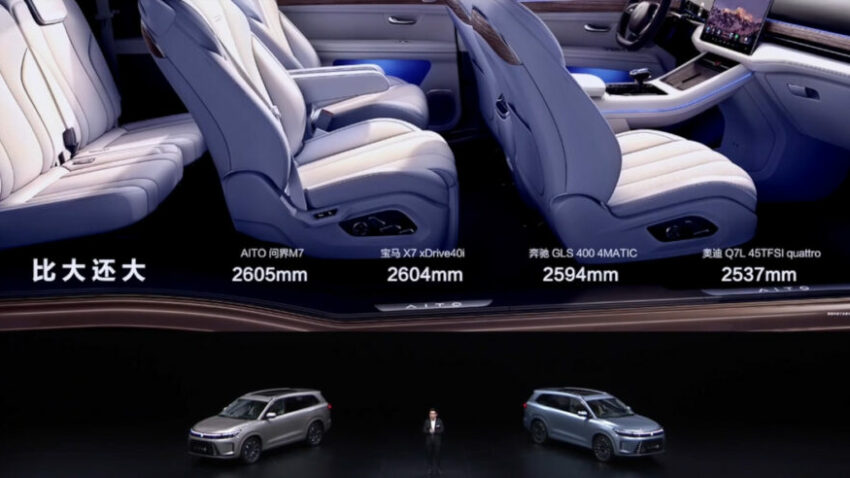 Under the hood, the AITO M7 gets H15RT 1.5L four-cylinder turbocharged petrol engine with an output of 125 hp. Since the M7 is an EREV, the ICE only powers the battery. There are two versions offered, first one goes with a single electric motor that powers the rear axle for 200 kW (272 hp) and 360 Nm. The second has two electric motors with a combined output of 330 kW (449 hp) and 660 Nm. It is pertinent to mention that Huawei makes the M7’s electric motors itself. 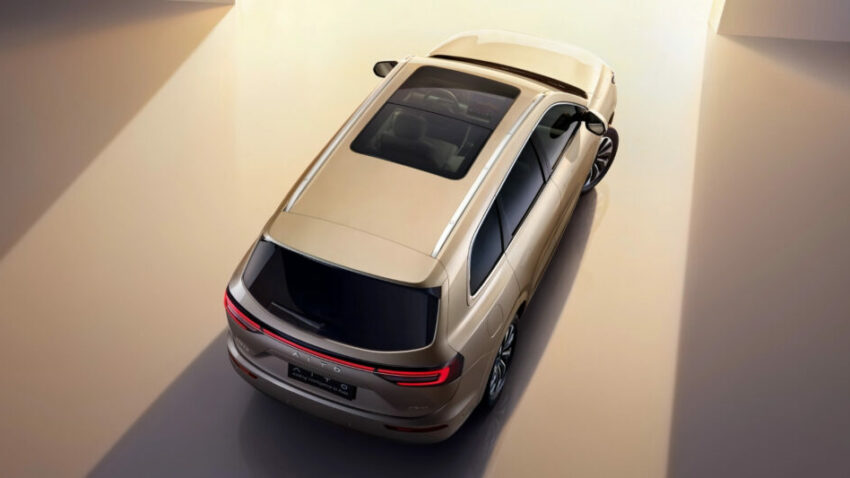 According to AITO, the M7 single motor variant sprints from 0 to 100 km/h in 7.8 seconds, whereas the acceleration time of dual-motor variant is 4.8 seconds. AITO claims that the M7 has passed the stringent Moose test at 74 km/h speed, which is better than the results of the BMW X7, and the Benz GLS etc. 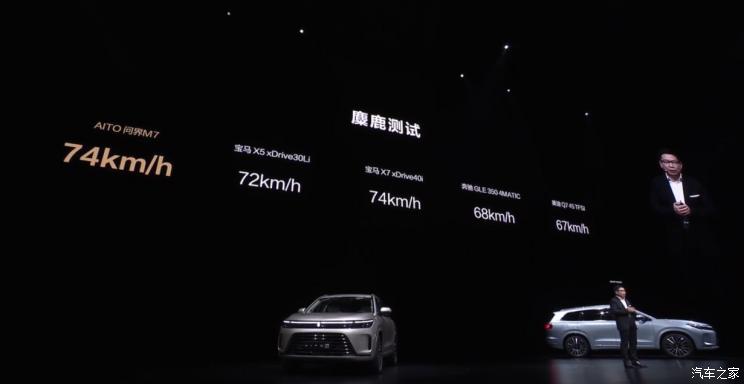 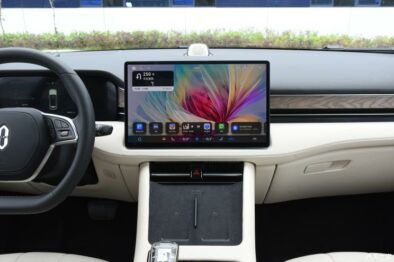